A Taste of the Raj 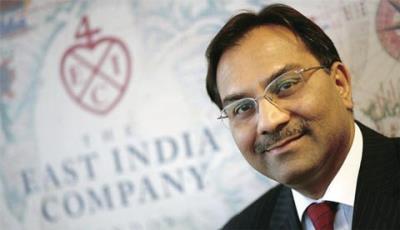 Speaking of Britain, the Raj has returned—or rather, the East India Company is back.

Many patriotic Indians would balk at the idea of naming their business after a company so closely associated with British colonialism. But not Sanjiv Mehta, a diamond merchant who bought the brand name and controlling interests of the East India Company in 2005. Just recently, he opened the unabashedly named East India Company Store in London’s fashionable Mayfair section. Mehta is obviously banking on the brand’s power to entice nostalgic Brits to his store. And who knows, many visiting Indians may also be drawn to it, now that the British Raj is a distant memory.

The thrill of consumerism, in other words, has replaced the chill of colonialism.

Mehta’s company has, so far, attracted $15 million in investments. “Despite being over 400 years old, the East India Company is one of the most recognized brands in the world: over two billion people know of its history,” a press release points out. “It once employed a third of the British workforce and was responsible for 50 percent of global trade.”

Mehta is promoting the East India Company as a luxury retail store. Items for sale include jams and marmalades, biscuits, tea and coffee, chutneys, sauces, chocolates and wines.