An American Film Festival with an Indian Accent 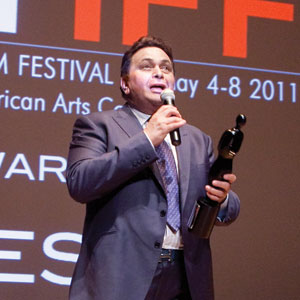 This film festival wasn’t in Cannes, but it didn’t lack for celebrities and glamor. It wasn’t in Sundance either, but the festival did have serious, well-crafted dramas that would please cinephiles. The New York Indian Film Festival, now 11 years old, is not like other high-profile festivals in North America. It has a different accent—or accents, to be precise, since the movies screened in New York last month were in Hindi, Bengali, Urdu, Malayalam, Marathi, English, even Tibetan. Altogether, 30 feature films and documentaries were shown over five days, along with a handful of short films.

And yes, celebrities like Salman Rushdie were in attendance, along with New York notables such as Mira Nair and Madhur Jaffrey. The U.S. premiere of Rituparno Ghosh’s Noukadubi, based on a Rabindranath Tagore novel (The Wreck), closed the festival.