BEAUTY AND THE BEE 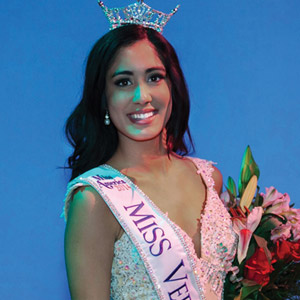 Why does Lucy Marion Edwards find Nina Davuluri, Miss America 2014, so inspiring? Because Edwards, who’s also Indian-American, was crowned Miss Vermont 2014 recently. No doubt, she’s hoping to be Miss America 2015. Edwards, like her father, is from Virginia, although her Indian-origin mother grew up in Trinidad. The 19-year-old Miss Vermont 2014 is involved with the B+ foundation, which helps fight cancer among children. There’s more than one reason why Edwards wants to follow in the footsteps of Davuluri. Before becoming Miss America 2014, Davuluri—a STEM spokesperson—earned a degree in brain behavior and cognitive science from the University of Michigan. And now, Edwards is pursuing a degree in neuroscience at the University of Vermont. So, is she another STEM spokesperson in the making? Remains to be seen. Edwards will get her chance at the next Miss America pageant in Atlantic City. 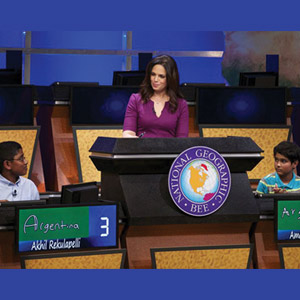 Eighth-grader Akhil Rekulapelli (left in the photo), a 13-year-old from Virginia, got the top prize in the 2014 National Geographic Bee, winning a college scholarship worth $50,000, lifetime membership in the National Geographic Society, and a trip to the Galápagos Islands. The runner-up is fifth-grader Ameya Majumdar (right in the photo), an 11-year-old from Florida. If you knew that Oyala in Africa is being built as the capital of Equatorial Guinea, you’d aced the title-winning question. But let’s not forget, before reaching this stage, a lot of other difficult questions had to be correctly answered. In all, four million students across the nation took part in earlier rounds of the contest this year.