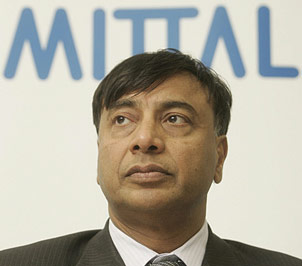 Just like Russian oligarchs, there are superrich Indians—how about Bollygarchs?—who own properties in Britain, where they enjoy living royally as 21st-century aristocrats.

So why are they called Bollygarchs, and why do they prefer the U.K.? “They like Britain's public schools, our legal system and lack of corruption,” writes Clive Aslet in The Telegraph. “At home, these spectacularly successful businessmen are celebrities; just like Bollywood stars. In the U.K., they can relax—even the very rich are generally safe from kidnap, and while we might not have thought much of our climate recently, the British weather is considerably more temperate than that of Mumbai.”

Mentioned in the article are the following Bollygarchs, some of whom are—fittingly, one might add—lords and barons: Lakshmi Mittal, Swraj Paul, Karan Bilimoria, the Hinduja brothers, Vijay and Bikhu Patel, Vijay Mallya, Cyrus and Priya Vandrevala, Anil Agarwal and the Ruia brothers.

Unsurprisingly, many Bollygarchs have found a place on the annual Rich List put out by Britain’s Sunday Times every year. Even in recessionary times, just like Forbes in the U.S., it brazenly ranks the wealthiest folks, although the Rich List focuses only on Britain. The top 1000 people/families holding the most assets are listed in descending order. Mittal and his family, worth £22,450 million, have retained the number 1 spot, and what’s also interesting is that their assets rose by 108 percent since 2009.

But that’s nothing compared to the gains made by Anil Agarwal, who is the only other Indian to make it to the top 10. Though this mining tycoon has £4100 million, putting him far behind Mittal, the steel tycoon, Agarwal’s assets grew by a staggering 583 percent since last year, elevating his rank from number 70 to number 10.

Seems like the global financial crisis has helped—not hindered—many of these Bollygarchs. The phrase “stinking rich” sums it up best.