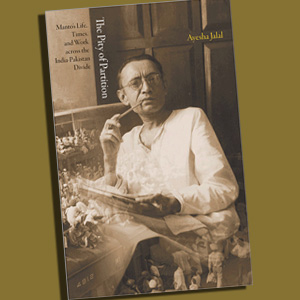 The Pity of Partition: Manto’s Life, Times, and Work across the India-Pakistan Divide (Princeton University Press) by Ayesha Jalal. Saadat Hasan Manto’s birth centenary last year has brought renewed interest in a literary giant who never really went out of fashion. Considered 20th century’s greatest Urdu short story writer, he touched on the trauma of partition in classic tales like “Toba Tek Singh,” “Khol Du,” and “Thanda Gosht.” Astonishingly, though Manto was just 42 at the time of his death from liver cirrhosis, he managed to publish almost two dozen story collections, a novel, radio plays, and numerous essays. Not to forget, his prodigious output included scripts for the subcontinent’s nascent film industry. A few years ago, Aatish Taseer came out with a new English translation of selected stories by Manto. And now, Jalal, Manto’s grandniece and a scholar at Tufts University, has published a biography that draws on letters, Manto’s work, and original documents from India and Pakistan, where Manto spent his final years. “What follows is a canvas on which the pathos of Manto’s life merges imperceptibly with the pity of partition,” Jalal writes. 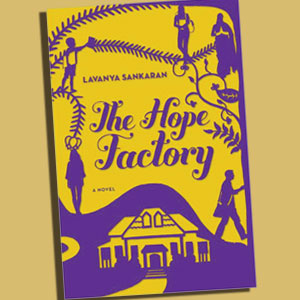 The Hope Factory (The Dial Press) by Lavanya Sankaran. Much has been written about fast-changing India in books that sometimes have a gerund in the title (India Calling, India Rising, India Becoming, India Arriving). Sankaran takes on this subject in her debut novel. More specifically, it’s an exploration of her native Bangalore, a city that epitomizes urban India’s achievements—and shortcomings—in the 21st century. “S” stands for strive and struggle, not just succeed. Entrepreneur Anand Murthy is a success story by all accounts, despite family problems—but inevitably, his ambitious attempt to expand the factory ensnares him in a web of corruption. There’s also a sad story involving Kamala, a mother and the maid in the Murthy household. Her job responsibilities grow as the Murthys prosper, although she has to contend with a difficult mistress and greedy developers who want to evict her. The New India here, then, is really two countries. Sankaran lived in the U.S., where she attended Bryn Mawr College, before moving back to India. Her debut story collection, The Red Carpet, garnered wide praise and won Poet & Writers magazine’s Best First Fiction Award. 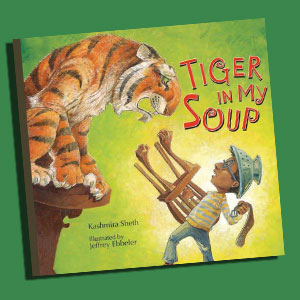 Tiger in My Soup (Peachtree Publishers) by Kashmira Sheth. This new book for children aged four to eight, with illustrations by Jeffrey Ebbeler, is from an Atlanta-based company. Peachtree Publishers also brought out two of Sheth’s earlier books, titled Monsoon Afternoon and My Dadima Wears a Sari. In the latest one, a young boy decides to read on his own because his older sister is too preoccupied to read to him. But when the boy sees a tiger in his soup, he goes on a wild adventure without his sister’s knowledge. When the sister finally agrees to read to him, is the tiger still lurking in the soup? 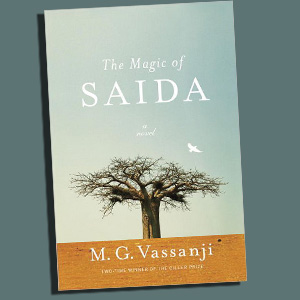 The Magic of Saida (Knopf) by M. G. Vassanji. Canada-based Vassanji, the foremost chronicler of Africa’s Indian diaspora, returns yet again to the continent that inspired his award-winning fiction. Two of his novels, The Book of Secrets and The In-Between World of Vikram Lall, won Canada’s prestigious Giller Prize, and his debut novel, The Gunny Sack, won a regional Commonwealth Writers’ Prize. In Vassanji’s new novel, the protagonist is a half-Indian, not the usual pukka Indian. Raised by his African mother after his Indian father leaves them, Kamal Punja grows up to be a respectable doctor in Canada. But material success comes at a cost, alienating him from his family. Although he finds his Indian heritage after marrying an Indian woman, the loss of his African identity—and an African girl named Saida—haunts him. Four decades after last seeing Saida, Punja returns to Tanzania and attempts to find his long-lost love. Robert Wiersema in The Globe and Mail describes the novel as “an expansive, inclusive work, incorporating a capsule history of East Africa, from precolonial times, through years of resistance and accommodation, and past the postcolonial conflicts (including a close encounter with Ugandan dictator Idi Amin); an account of religious conflict; a chronicle of emigration and dislocation; and a vivid examination of contemporary life in Tanzania.”