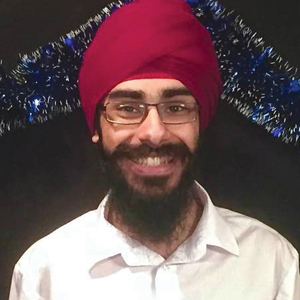 Jagdeep Bhatia, 18, won second place in this year’s virtual Regeneron Science Talent Search. The New Jersey teen takes home $175,000 for creating two simple machine-learning algorithms, which are fast and accurate because they ask the right questions rather than random ones. This helps with automation and robot training. Also in the top 10 are Anaiah Thomas (5th), Rohan Wagh (9th), and Arjun Neervannan (10th). 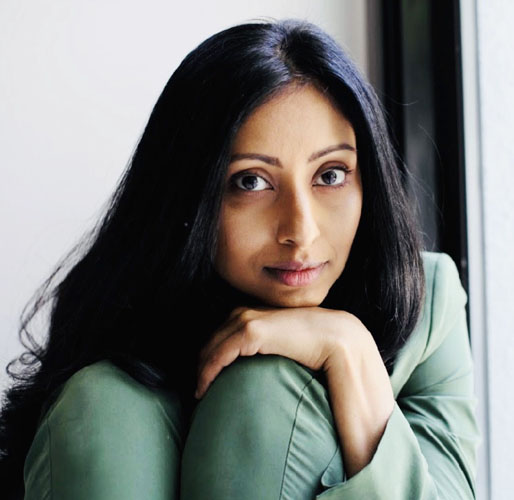 Avni Doshi, a Dubai-based writer who grew up in the U.S., set her debut novel in India. Called Burnt Sugar, it has been longlisted for the 2020 Booker Prize. The story involves Antara and her difficult relationship with an unconventional mother who joins a religious cult. Published in the U.K. and India, the novel will be released in the U.S. next spring. Doshi, who studied art history, took eight years to complete her novel. 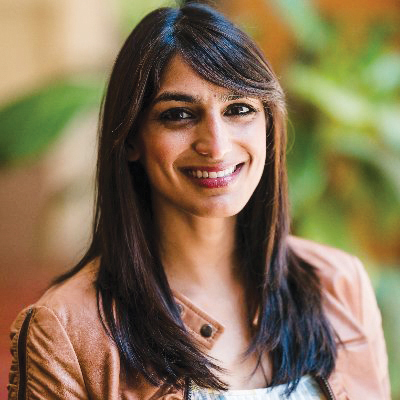 Sabrina Singh, 33, has been picked as press secretary by Kamala Harris for her vice presidential campaign. Singh played a similar role during the Democratic primaries for the campaigns of Cory Booker and Michael Bloomberg. In 2016, she was a regional
communications director for Hillary Clinton. Her grandfather, J. J. Singh, was head of the India League of America, and had fought for the rights of Indian immigrants. 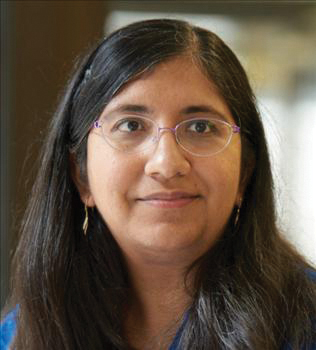 Nita Madhav, who has degrees from Emory and Yale, is the CEO of Metabiota, which combats infectious disease threats. Madhav develops risk models to help governments and businesses. Before joining Metabiota, where she headed the data science  epartment, Madhav was principal scientist at AIR Worldwide, a catastrophe risk modeler. She has done hantavirus research at the CDC’s special pathogens branch.

Adar Poonawalla is the CEO of Serum Institute of India. Based in Pune, it was founded in 1966 by his father, Cyrus, and is a vaccine giant that manufactures the world’s largest number of doses (about 1.5 billion). Poonawalla has joined the fight against the coronavirus. Serum Institute is gearing up to play a big role in immunization, especially in developing countries, by producing millions of doses of affordable vaccine. 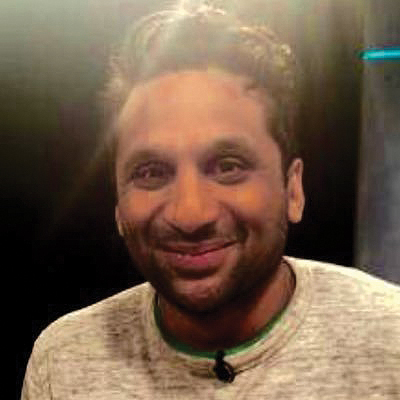 Ravi Patel, who made Meet the Patels, is back. But he’s not in search of a mate (he has a wife); instead, he’s seeking answers to life’s big questions in The Pursuit of Happiness. Produced by CNN, the four-part series is now on HBO Max. For an episode on aging and retirement, his parents accompany him to Mexico. The other episodes are about parenting and gender roles, work-life balance, and immigration issues. 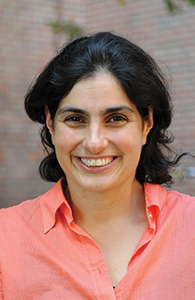 Nergis Mavalvala, who was born in Lahore, has become the first female dean of MIT’s School of Science. An MIT astrophysicist and a MacArthur Fellow, she’s known for her cutting-edge work in gravitational-wave detection. Mavalvala, who grew up in Karachi, was with the LIGO team that made the first direct detection of gravitational waves. She won the Special Breakthrough Prize in Fundamental Physics. 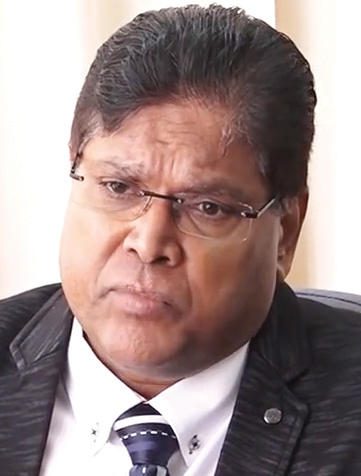 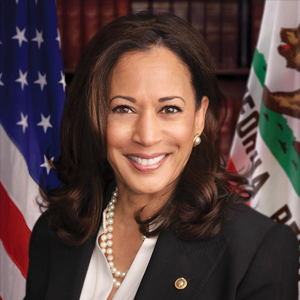 Predictably, the knives were out shortly after Joe Biden announced that he’d picked Kamala Harris as his running mate for the November election. The attackers claimed she wasn’t “American,” reminding us how it was a birther conspiracy theory aimed at Obama that launched Trump’s improbable journey to the White House. The comments about her name (“lotus” in Sanskrit), which some found hard to pronounce, also remind us how Obama was targeted for his middle name. Harris was born in California, so she’s perfectly eligible to be the vice president or the president, according to the fourteenth amendment of the U.S. constitution. It’s not even controversial, and the visa status of her parents when she was born is irrelevant. Shyamala Gopalan, her late mother, was from Tamil Nadu. She and Harris’s Jamaican father, Donald, met as graduate students at UC-Berkeley while participatingin the civil rights movement. After they split when Harris was five years old, Gopalan raised her and Maya, the younger daughter, alone.
Following the nomination at the Democratic National Convention, Harris spoke movingly about her mother, whom she described as the most important person in her life. Gopalan, a breast cancer researcher, died of cancer in 2009. Mainstream Americans seem fascinated by Harris’s rise and background. She’s only the third female nominee for vice president in U.S. history. According to a Washington Post-ABC News poll, 54 percent of Americans support Biden’s choice. Her achievements include: First U.S. district attorney of color in California. First Black American and first Asian American and first woman to serve as attorney general of California. Second Black American and first South Asian American senator in U.S. Congress. 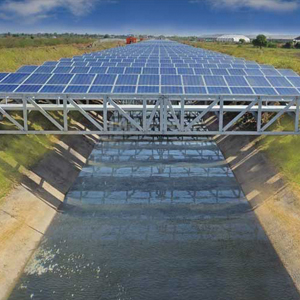 The dramatic drop in air pollution, especially noticeable
in crowded Asian cities, has been one of the few bright spots in an otherwise grim year marked by loss of life and economic ruin. When these economies rebound, the pollution levels will rise again to unacceptable levels. But perhaps we’ll also see a more concerted effort to innovatively tackle the poisoning of our atmosphere. One trend we can applaud now is the growing emphasis on solar power. In December 2019, the Pavagada Solar Park in India became the world’s biggest fully operational solar farm. Spread over 13.000 acres in Karnataka, it can generate 2050 megawatts. The Bhadla Solar Park in Rajasthan, capable of 1510 MW, is expected to generate 2250 MW when fully functional. The Kurnool Ultra Mega Solar Park, built on arid land in Andhra Pradesh, can generate 1000 MW.
Also notable are the Rewa Ultra Mega Solar Park in Madhya Pradesh and Gujarat’s Charanka Solar Park, both of which generate under 800 MW. The Delhi Metro Rail draws its power from Rewa. The Kamuthi Solar Plant generates 648 MW. While these solar plants are a boon for the economy and the environment, they occupy huge tracts of land, which can be a challenge in congested India, where the land prices are high. But there are innovative solutions. One initiative, first implemented in Gujarat, was to cover irrigation canals with solar panels. Besides saving space, these photovoltaic panels reduce evaporation and prevent algae growth. And the flowing water can help keep the panels cool. So far, as India attempts to hit a target of 36.6 gigawatts (GW), nine states in India have adopted this method. 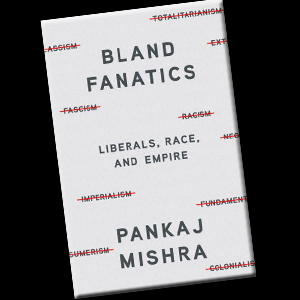 Bland Fanatics: Liberals, Race, and Empire (Farrar, Straus and Giroux)
– by Pankaj Mishra. Few Indian nonfiction writers can match the heft and brilliance of Mishra, who can pummel an opponent with a nifty phrase. Whether you agree or not, his work is always stimulating. In these essays, he takes the Anglo-American neoliberal elite to task, showing us the folly of their feckless warmongering and promotion of small government and unregulated free markets everywhere, even in the face of growing inequality and desperation. These “bland fanatics,” in their eagerness to tout Anglo-American superiority, overlooked their ugly past and paved the way for Trump, Brexit, and Johnson, he notes. The barbarians were not at the gate; they’ve been ruling us. Claims of exceptionalism seem delusional, inviting pity if not mockery. “The coronavirus cruelly exposed the reality they had long concealed: heavily indebted states, bailed-out corporations, impoverished working classes, and eviscerated public health systems,” he writes. 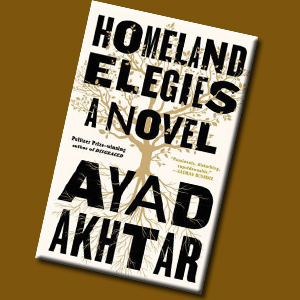 Homeland Elegies (Little, Brown) – by Ayad Akhtar. This Pakistani- American writer is clearly drawn to films: his MFA from Columbia University is in film directing;
he acted in a political thriller called The War Within, which he co-wrote; and he has done television work. But Akhtar, who earned a degree in drama, has received the most acclaim for his plays, particularly the widely performed Disgraced, which won a Pulitzer Prize and a Tony Award nomination. Another play, Junk: The Golden Age of Debt, was also well received, as was his debut novel, American Dervish. His new book, Homeland Elegies, combines drama, fiction, autobiography, even social essay. But it’s not autofiction, the author says. “This, to me, feels much more like a literary attempt at reality serial television,” he told Publishers Weekly, “where the narrator is staging his own self, in the way that dramatic self-staging has become the dominant mode of discourse.” 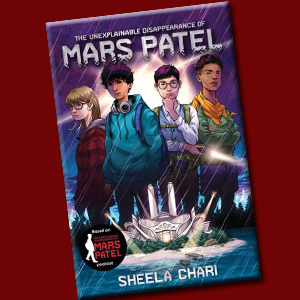 The Unexplainable Disappearance
of Mars Patel (Walker Books) – by Sheela Chari. A Peabody Award-winning serialized mystery podcast is now a book for middle graders. After Walker acquired the rights in an auction, Chari was roped in to do a three-book novelization, of which the first volume is being released now. Mars Patel, who moved to Seattle with his mother after his father disappeared in India, is an amateur detective. Janiya Chetrum plays that role in the podcast. In the first volume (the podcast has the same title), Mars and his friends are investigating the disappearance of Aurora, a young friend. It leads 11-year-old Mars to an enigmatic, Elon Musk-like tech billionaire, Oliver Pruitt, whose posh school may not be what it seems. The novel mixes secrets, science, and sleuthing. “Interweaving podcast transcripts, instant message threads, emails and newspaper stories, Chari deftly constructs a mystery that is strong in both plot and character,” notes School Library Journal in a starred review. 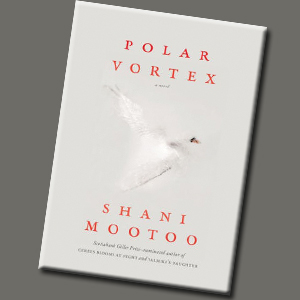 Polar Vortex (Akashic Books) – by Shani Mootoo. Born to parents of Indian descent, Mootoo left Trinidad at the age of 19 for Canada, where she’s an established visual
artist and novelist. Although the books came later (Mootoo’s art and video works have been internationally
displayed), her rise as an author has been swift, judging by the recognition she’s been receiving in Canada. In her latest novel, a couple named Priya and Alex abandon urban life for the quiet countryside, but they’re unable to leave everything behind. The arrival of Prakash, Priya’s friend, may seem uncomplicated because Alex and Priya are not a heterosexual couple. Turns out, however, that Prakash was more than a friend to Priya, showing us how, as writer Amitava Kumar puts it, “the past isn’t even past—and the present is tense with conflicting desires and untold stories.” He adds that the novel “is an honest,
but also moving, exploration of true intimacy.”