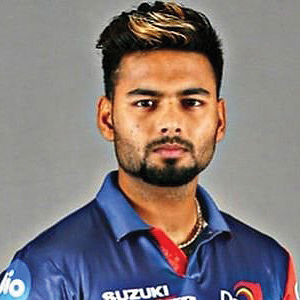 Rishabh Pant scored 89 runs (off 138 balls; not out) in the thrilling final innings of the Brisbane Test to give India a 2-1 victory in the India-Australia cricket series. Shubnam Gill scored 91 runs. Despite the absence of some key Indian players in the eventful four-match series, and a score of just 36 runs in the second innings of the first Test, the youthful team was able to retain the Border-Gavaskar Trophy for India. 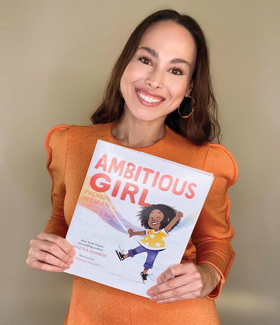 Meena Harris went to law school, like her mother and aunt, and she worked for Uber and Facebook before becoming an activist, entrepreneur, and author. The daughter of Maya Harris and the niece of Vice President Kamala Harris, she founded the Phenomenal Women Action Campaign, which focuses on policy and social issues. Her second children’s book, released last year by HarperCollins, is called Kamala and Maya’s Big Idea. 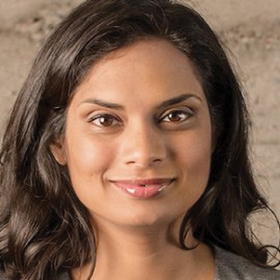 Vijaya Gadde, the top lawyer at Twitter, is one of only two women on the company’s executive team. As a PR executive overseeing 350 employees at Twitter, she was closely involved in the decision to ban Trump from the social media platform. Also, ironically, opposing the censorship of Twitter in other countries is one of her top policy priorities. Born in India, Gadde grew up in Texas and received her law degree from NYU. 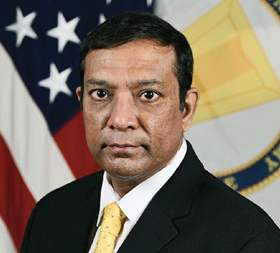 Raj Iyer, who earned a Ph.D. in electrical engineering, has been appointed as the first chief information officer of the U.S. Army. He holds a three-star general’s rank. With an annual budget of $16 billion, he will oversee the U.S. Army’s IT operations for over 15,000 military and civilian personnel across the world. Iyer, who did his early education in India, was previously a partner and managing director at Deloitte Consulting. 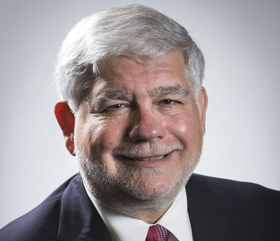 Peter Bhatia, the first journalist of South Asian descent to lead a major American newspaper (The Oregonian), won the 2020 Benjamin C. Bradlee Editor of the Year Award. Now the editor and vice president of the Detroit Free Press and freep.com, his reporters at various publications have received 10 Pulitzer Prizes, including six when he was in Oregon. Bhatia promotes digital, investigative, and enterprise journalism. 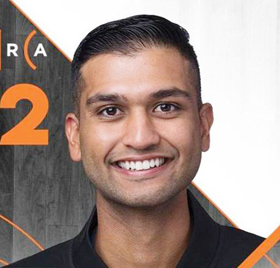 Suyash Mehta is the first Indian-American to become a full-time National Basketball Association (NBA) referee. Named to the league’s officiating staff for the first time for the 2019-20 season, Mehta—born to immigrants from India—previously officiated in G League and Summer League games. In the last season, Mehta had refereed in 13 games and was one of six to be named under the title of “non-staff officials.” 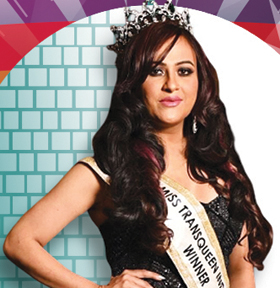 Shaine Soni was crowned Miss Trans Queen India in December 2020. This annual pageant, launched in 2017 by Reena Roy, highlights the contributions of a marginalized community that faces discrimination and is often misunderstood. Soni, rejected by her family, left home at the age of 17 to study fashion. After undergoing hormonal therapy, Soni found greater acceptance, and she is now competing on the international stage. 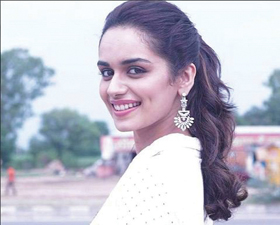 Manushi Chhillar, who won the Miss World title in 2017, has made her debut in Prithviraj, a film inspired by the ruler Prithviraj Chauhan. She was recently picked by United Nations Women for a global initiative to make people aware of gender-based violence. Her Project Shakti promotes menstrual hygiene. Chhillar, a Kuchipudi dancer, was the sixth contestant from India to win the Miss World pageant. 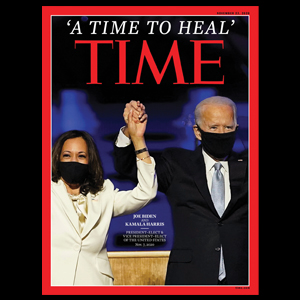 Vanita Gupta, chosen as associate attorney general by President Biden, will begin a second stint at the Department of Justice. Numerous other Indian-Americans have found a place in the Biden administration, said to be the most diverse in U.S. history. As Khabar noted, Vivek Murthy has been picked to serve as the surgeon general again, while Neera Tanden—another former Obama appointee—may get a cabinet position as director of the Office of Management and Budget (OMB). Gautam Raghavan, another Obama veteran, has been named deputy director of the White House Presidential Personnel Office. Biden selected Sameera Fazili and Bharat Ramamurti as deputy directors of the National Economic Council (NEC). Other nominees of NEC are Tarun Chhabra, senior director for technology and national security; Sumona Guha, senior director for South Asia; and Shanthi Kalathil, coordinator for Democracy and Human Rights. Vinay Reddy serves as Biden’s director of speech writing. 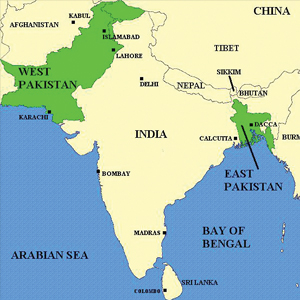 Bangladesh declared its independence from Pakistan 50 years ago, drawing India into a brutal conflict between the two regions, which were then called East Pakistan and West Pakistan. While the 1947 partition is widely known and has been well explored in nonfiction, films, and fiction, less attention was paid to the 1971 partition, at least in India. The Indian focus has been more on the India-Pakistan war, which lasted only two weeks in the last month of 1971, ending with Bangladesh’s independence on December 16. India, predictably, focuses on its military triumph. That’s reflected in popular culture, an example being Border, the 1997 film based on the Battle of Longewala. Bhuj: The Pride of India is another such film. Anam Zakaria, a Lahore-born oral historian based in Toronto, has a new book titled 1971: A People’s History from Bangladesh, Pakistan and India. As she told Firstpost, all three players see the pivotal events of 1971 through their respective nationalist lens, with a “never again mentality” dominating in Pakistan. “In Bangladesh,” she adds, “I observed resentment towards both India and Pakistan for hijacking what is seen as a people’s movement and treating it as another bilateral affair.”

An Indian village named Hundarman, not accessible until a decade ago, is the site of an unexpected museum that keeps the memories of the 1971 Indo-Pak conflict alive. Before the war, this village near Kargil was in Pakistan. Memorabilia, such as photos and the possessions of fallen soldiers and displaced residents who couldn’t return to their homes, are carefully preserved at the Museum of Memories. These artefacts are now a memorial. 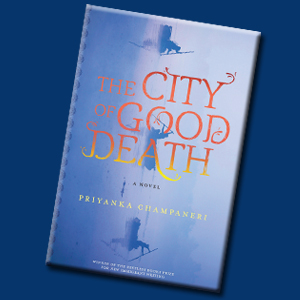 The City of Good Death (Restless Books) – by Priyanka Champaneri. This debut novel, set in Banaras, won the Restless Books Prize for New Immigrant Writing (besides publication, there’s a $10,000 award). Although born in the U.S., Champaneri was familiar with Hindu myths and legends as a youngster, thanks to her immigrant parents who bought books for her and shared stories. “When I finally visited India as an adult for the first time, I had the unique experience of feeling the imagined country in my heart fuse with the very real and tangible land and people before my eyes,” she notes. “That simultaneous overlap and disconnect between reality and myth is something I have both struggled with and enjoyed exploring in my writing.” She received an MFA from George Mason University. In the novel, even as Pramesh manages a hotel for pilgrims seeking a “good” death in the holy city, he undergoes his own emotional journey after a beloved cousin, from whom he was estranged, drowns in the Ganges. 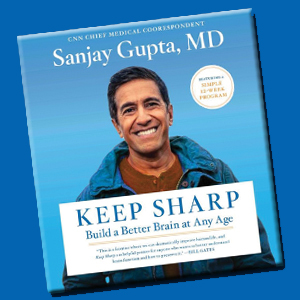 Keep Sharp: How to Build a Better Brain at Any Age (Simon & Schuster Audio) – by Sanjay Gupta, M.D. There’s also a hardcover version for readers, but most likely, for fans of Dr. Gupta, an audiobook will hold greater appeal. For 10 hours, in his accessible style, he speaks to them on his favorite subject: health. Contrary to what one might think, he wanted to be a writer, not a healer. But as an impressionable lad, when he watched his grandfather make an amazing recovery from a stroke, largely because of medical professionals who took care of him, Dr. Gupta fell in love with medicine. This book is less about improving one’s memory or IQ. Almost three decades ago, when he was in medical school, the idea of regeneration didn’t apply to brain cells. But much has changed in our understanding of the brain. “In Keep Sharp,” he says, “you will learn to build a brain that connects patterns others might miss and helps you better navigate life.” 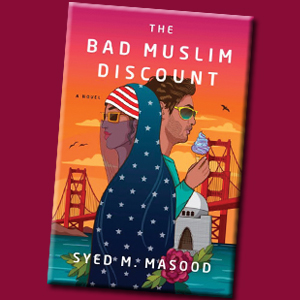 The Bad Muslim Discount (Doubleday) – by Syed M. Masood. In this novel (Masood also wrote More Than Just a Pretty Face), Anvar and Safwa took different paths to reach America. Anvar, though he was living in Karachi during a tense period in the mid-90s, had an easier entry to the U.S. with his family. Safwa, on the other hand, had a difficult childhood with her conservative father in war-torn Iraq, and her passage was more perilous. In the Bay Area, where they meet, Anvar and Safwa make unexpected discoveries about each other—and their own lives. “Masood adeptly balances humor with pathos in this unforgettable, twisting tale,” notes Booklist in a starred review, before adding, “A moving, comic take on the immigrant experience.” Masood, who writes at night, is a practicing attorney in California. “I grew up as part of a generation of American Muslims where knowing the law, the constitution, what one’s rights were and how they ought to be asserted, felt important,” he told The National. 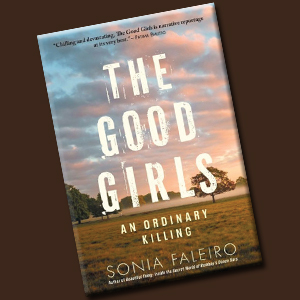 The Good Girls: An Ordinary Killing (Grove Press) – by Sonia Faleiro. As an investigative journalist, Faleiro has won praise for her deft, nuanced reports on the lives of women in India. Her acclaimed Beautiful Thing was an inside look at the secret world of Mumbai’s dance bars. For the new book, she shifts her focus to western Uttar Pradesh, where the disappearance of two girls—Padma and Lalli—sparked an outcry when, only hours later, the teens were found hanging from a tree in a mango orchard. What happened? That’s the mystery Faleiro attempts to unravel, following the twists and turns of a botched investigation. While there has been no firm resolution, some brave local folks prevented a cover-up—and this 2014 tragedy reverberated beyond the village, prompting a debate on caste, sexual, and class violence in rural India. “It’s a page-turner, a feminist text, and an essential read that is deeply empathetic toward its two main subjects who no longer have a voice,” novelist Deepa Anappara notes.