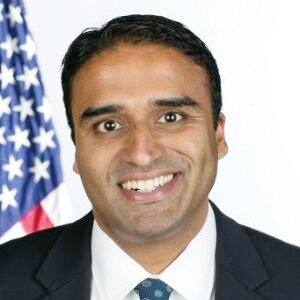 Maju Varghese has been appointed as deputy assistant to President Biden and director of the White House Military Office. His job includes overseeing military operations aboard Air Force One on presidential missions. Varghese, the son of Malayali immigrants, got his law degree from Hofstra. He was executive director of Biden’s inaugural committee, besides serving as chief operating officer of his 2020 campaign. 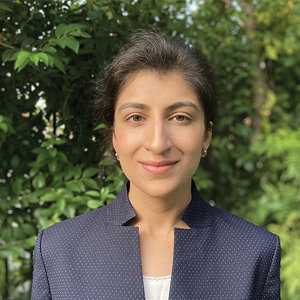 Lina Khan, a leading antitrust lawyer and professor, has been nominated by Biden to the Federal Trade Commission. A critic of Big Tech for their power and ability to spread false information, she has called for accountability. Khan is also mentioned as an innovator on the 2021 TIME100 Next list. While still a student in 2017, Khan gained national attention when she published a paper titled “Amazon’s Antitrust Paradox.” 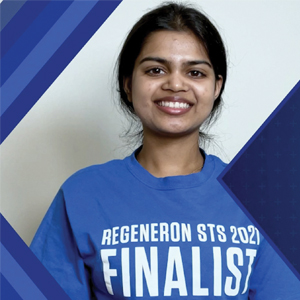 Eshani Jha, 17, won third place in the Regeneron Science Talent Search 2021. While the top prize of $250,000 went to Yunseo Choi, Eshani of California received $150,000 for developing a biochar filtration system that removes pharmaceuticals, microplastics, pesticides, and heavy metals such as lead, cadmium, arsenic and mercury from drinking water. Biochar is sustainable and cost-effective because it’s made from biowastes. 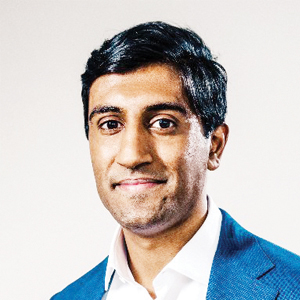 Rohan Pavuluri founded the nonprofit Upsolve to help struggling low-income families. The free online tool, which makes it easy to file for bankruptcy, took off during the pandemic and helped users overcome $300 million in debt. He’s on the 2021 TIME100 Next list of innovators along with Ranga Dias, an engineering professor who has found a way to make superconductors usable by making them superdense instead of supercold. 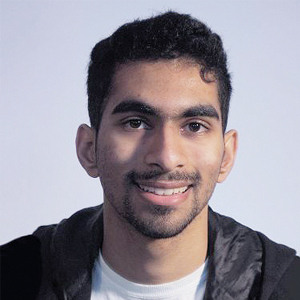 Nikil Ragav, who graduated from UPenn, won the university’s 2020 President’s Innovation Prize. One of the largest prizes of its kind, it comes with a cash award of $100,000 and a one-year $50,000 living stipend. Ragav was recognized for founding inventXYZ, which assists high school innovators of all backgrounds and incomes by providing practical training and collaborative workspaces called “inventorspaces.” 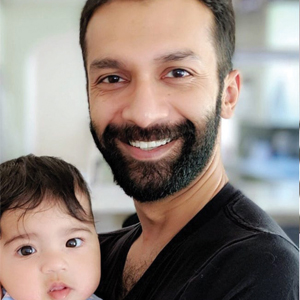 Rohan Seth teamed up with Paul Davison to create Clubhouse, an invite-only social networking app based on audio-chat. The exclusivity won’t appeal to everybody, but when Elon Musk hosted a chat, its popularity shot up. Now it has over two million users. Seth, a Stanford graduate, also founded a nonprofit called Lydian Accelerator. Named after his disabled daughter, it helps to find custom treatments for genetic diseases. 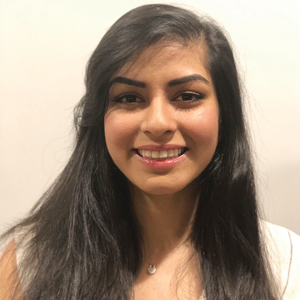 Tanvi Rao is among the 24 honorees picked by the Gates Cambridge Trust this year. Established by Bill and Melinda Gates, this full scholarship will allow them to pursue a postgraduate degree in any subject at the University of Cambridge in Britain. Rao, a Georgia Tech graduate, will do a Ph.D. in radiogenomics. Venkata Chaluvadi, Meena Venkataramanan and Veeraj Shah are the other Indian-Americans in this group. 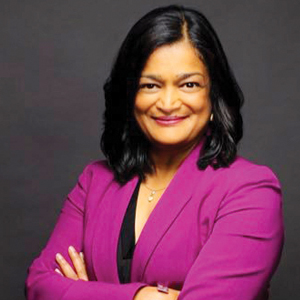 Pramila Jaypal, who was seen taking cover during the U.S. Capitol assault, is the first South Asian American woman elected to the House of Representatives. She is a senior whip of the Democratic Caucus, besides serving on the judiciary, education and labor, and budget committees. Tweeting about bills she has helped to pass, renew, ratify, advance and introduce, she added, “And we’re just getting started!” 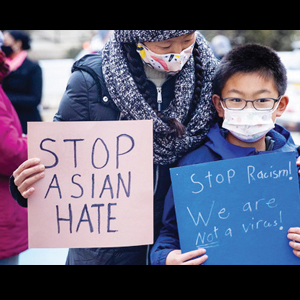 Anybody old enough to remember 9/11 will also recall how Middle Easterners and South Asians (especially Sikh Americans) came under suspicion and were attacked by bigots and racists. Sadly, we’ve been seeing a replay of similar hatred in the wake of the coronavirus pandemic, except the victims now are mostly of East Asian origin. In 2020, even before President Trump referred to Covid-19 as the “China virus” and “kung flu,” attacks on Asian Americans were rising. Historian Erika Lee has noted how immigrants have been frequently targeted during public health crises, and using words like “invasion” and “plague” to describe them is not uncommon. Stop AAPI Hate received over 3700 first-hand accounts of anti-Asian incidents in 2020 from all states. That’s an undercount given how racist attacks on immigrants go unreported for various reasons. According to the Center for the Study of Hate and Extremism, hate crimes against Asian Americans in the 16 biggest metros grew by 150 percent last year.

Is there a double standard when it comes to covering discriminatory acts against Asian Americans? Only in recent weeks—and only after the hate crimes reached an alarming level—has there been intense media focus on the issue. Stop AAPI Hate points out that over 90 percent of these incidents can be attributed primarily to race. While most incidents are verbal (70 percent), almost 9 percent of the attacks are physically violent and, as we’ve seen, sometimes tragically fatal. About 38 percent of these acts occur in businesses. Now that the issue is seen as urgent at the highest level of government, Asian Americans are hoping there will be serious efforts to tackle and end this epidemic of hate, which has had a devastating impact on the community. 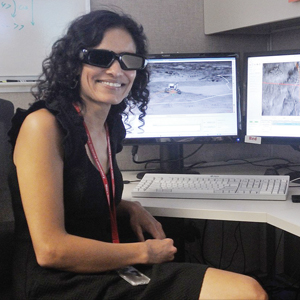 In February, when NASA’s Perseverance rover finally made it to Jezero Crater on Mars, Swati Mohan—as the guidance, controls and operations lead—famously announced its safe landing. She was the face of the mission at that moment. But the diverse team has many other talented members who remain deeply involved, and not a few are of Indian origin. The key goals of the Mars mission are to find signs of ancient life, collect rock and soil samples for analysis, and develop the technology for future robotic and human explorations. The rover’s stay will last at least one Mars year, which is equivalent to two Earth years. Vandana (Vandi) Verma, chief engineer – robotic operations, earned her Ph.D. at Carnegie Mellon. She designed the rover collision modeling capability and led the development of AEGIS flight software, which allows the rover to find its targets. Usha Guduri is the activity planning and sequencing subsystem lead.

Then there is Bob Balaram, who received his Ph.D. from Rensselaer Polytechnic Institute. As chief engineer of the Mars Helicopter Project, he is involved with Ingenuity. It’s a small autonomous helicopter that Perseverance carried in its belly, though Ingenuity’s technological mission is experimental and remains unconnected to the rover’s work. Priyanka Srivastava, Pranay Mishra and Neel Patel are systems engineers. Yogita Shah is a flight systems engineer and Vishnu Sridhar is a payload systems engineer, while Kavita Kaur and Rahul Johari are software systems engineers. Soumyo Dutta is an aerospace engineer and Shivaly Reddy is a software engineer. Nikunj Patel is a tactical downlink lead-systems engineer. Gautam Kumar is a senior hardware quality assurance engineer. Shreyansh Daftry is a robotics technologist and Amruta Yelamanchili is a data scientist. 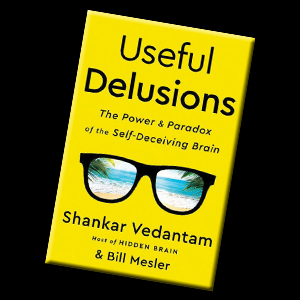 Useful Delusions: The Power and Paradox of the Self-Deceiving Brain (W.W. Norton) – by Shankar Vedantam and Bill Mesler. Like Wall Street Journal columnist Dan Ariely, NPR commentator Vedantam unravels the brain’s mysteries to help people understand themselves better and, hopefully, lead saner lives. Vedantam’s earlier book led to the popular Hidden Brain podcast, which acts as a guide for peeling back the layers of falsehood concealing reality. But while seeing clearly and rationally is important, what if self-deception can serve a useful function sometimes? That’s the counterintuitive argument examined by Vedantam and journalist Mesler in their book. Letting the primitive brain rule us is dangerous, but discounting its evolutionary role is disingenuous. Self-delusion, by becoming a crutch, fills a need or void in many people’s lives. Perhaps this book could explain baffling phenomena like QAnon. “At the core of our troubled relationship with the truth lies a dilemma: We need hope in order to function, but the world gives us endless reasons not to be hopeful,” Vedantam notes. 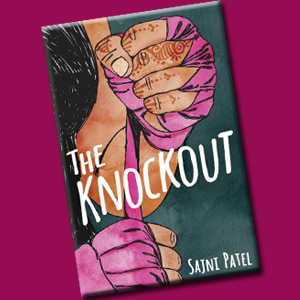 The Knockout (North Star Editions) – by Sajni Patel. The author of Together, Apart and The Trouble with Hating You is back with a new young adult novel. It explores relatively new territory for Indian-American authors: competitive sports. Whereas tennis may be acceptable, even popular, Muay Thai (or Thai boxing) is hardly something that Indian parents would encourage their offspring to take up. But that’s what 17-year-old Kareena pursues, although she keeps it a secret from her parents. Her growing success poses a challenge, especially when her ailing father’s relapse coincides with an important competition. And then there is Amit, the “perfect” student who catches her eye. Will Kareena give up the chance to participate in the Olympics? The novel, as Booklist points out in a starred review, “challenges gender roles and racial stereotypes.” Patel, who was born in India, lives in Austin. 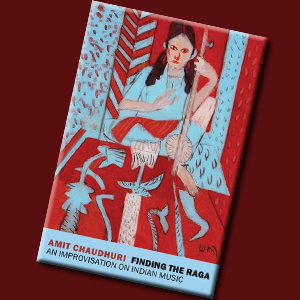 Finding the Raga: An Improvisation on Indian Music (New York Review Books) – by Amit Chaudhuri. Can our appreciation of Indian classical music be explained in words? Maybe only a wordsmith like Chaudhuri, who is a trained singer of Hindustani classical music, has the ability to make the aural experience accessible on the page. And that’s what the acclaimed author of Afternoon Raag and other novels does in Finding the Raga. Known for his poetic style, Chaudhuri combines autobiography and criticism here—but it’s also a primer. So what’s a raga? “It isn’t a composition, though compositions are set to ragas,” he says. “It isn’t a melody, in that a melody can be sung without preoccupations to do with form and shape; with a raga, the emergence during its exposition of its rupa—the features and shape that make it recognizable—is of primary importance.” A recipient of the Sangeet Samman, Chaudhuri, who also dabbles in jazz and experimental music, explains the difference between the Indian and Western traditions. 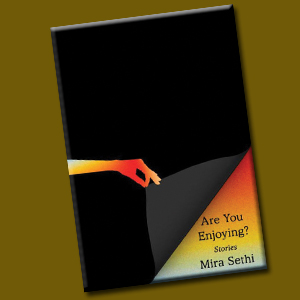 Are You Enjoying? (Knopf) – by Mira Sethi. In her debut collection of seven stories, Sethi takes the reader to contemporary Pakistan for glimpses of middle-class life in various settings. In “Breezy Blessings,” a young actress has an unpleasant encounter with a TV show’s predatory director. There’s also a troubling encounter between a groom and the bride’s brother in a different story. In another story, two childhood friends find a novel way to overcome the taboo of homosexuality in a conservative society: they get married to each other. Sethi “doesn’t try to sugarcoat with fluffy metaphors to make things beautiful,” according to the poet Rupi Kaur. “She shows us the truth.” Sethi, who was also a model, worked at The Wall Street Journal before becoming an actress on a TV drama series. She is the daughter of publisher Najam Sethi, who founded Vanguard Books and
The Friday Times, a Pakistani newspaper.