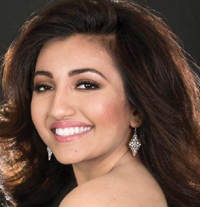 Mary Kom, one of the most successful athletes produced by India, has won a 2020 Padma Vibhushan. It’s India’s second highest civilian award, surpassed only by the Bharat Ratna, which is conferred less often and, sometimes, controversially. The only boxer to win eight World Championship medals, Kom, a Rajya Sabha (Upper House) member, is the only woman to become a World Amateur Boxing champion six times.

Arvind Krishna, 57, takes over as the CEO of IBM, a storied corporation that’s over a hundred years old, though it has struggled in recent years compared to its rivals. The IIT-trained Krishna, who did his Ph.D. in Illinois, has been with IBM for three decades, most recently as the senior VP of its Cloud and Cognitive Software division. He’s been instrumental in boosting IBM’s profitability through his hybrid multicloud strategy.

Sandeep Mathrani, 57, is the new CEO of WeWork. As a collaborative workspace startup, WeWork saw rapid growth until it tried to go public last year. When its management and finances came under wide scrutiny, WeWork’s weaknesses became apparent. Now Mathrani, who was successful in turning around a global commercial real estate company, gets his turn. He earned his business and engineering degrees by age 20.

Leila Janah, a social entrepreneur who focused on tackling poverty, was only 37 when she died this year. The cause was a rare form of soft-tissue cancer. Through her initiatives, the Harvard-educated Janah oversaw the creation of low skilled digital jobs for thousands of poor residents in India and Africa. Author of Give Work, she founded Samasource, an AI company, and LXMI, an organic skin care company.

Azim Premji, founder of Wipro, made a remarkable gesture in 2019, putting him ahead of all philanthropists, not just Indian billionaires. Premji gave a $7.6 billion stake in his Bangalore-based IT firm to the Azim Premji Foundation, his charitable organization. The only other philanthropist to donate over $1 billion last year was Warren Buffet, whose contribution of $3.6 billion in stock went to three charitable foundations.

Utkarsh Ambudkar, actor and singer, got his turn at the 2020 Oscars when he did a rap-style recap of the show. He made some uncanny references, without advance knowledge, and took a dig at “winners who don’t look like me.” The versatile performer, born in Baltimore 36 years ago, is the son of Indian immigrants. His credits include Pitch Perfect, Brockmire, and a rap-improv Broadway show called Freestyle Love Supreme.

Melissa Roy became the first South Asian woman to visit all 193 nations when she reached Bangladesh in December last year. Not only did Roy self-finance her trips, sometimes by working in the nations she visited, but she often traveled alone. Now 34, Roy had visited 100 countries and all seven continents by age 30. On her trips, which began in college, she realized that helping locals benefitted her as well.

HOW THE ’20s JUMP-STARTED YOGA This year in California, the first yoga university outside India is starting a postgraduate program. But the ’20s above refers to the 1920s. When many people try to trace the roots of yoga in America, they think of the freewheeling hippie culture of the 1960s. And certainly—
thanks to Maharishi Mahesh Yogi, B. K. S. Iyengar, Satchidananda and, among others, the Beatles—yoga
did make a splash in the mainstream back then. Others mention Swami Vivekananda’s visit in 1893. But one could also make a strong case for Paramahansa Yogananda, who came to the U.S. in 1920 and went on to write the bestselling Autobiography of a Yogi. Moreover, he was an Indian-American (before there was such a term) who lived here until his death in 1952. Known for bringing wide attention to Kriya Yoga, he was dubbed the “20th century’s first superstar guru” by an American newspaper, and even got invited to the White House in 1927 by President Calvin Coolidge.

Yogananda wasn’t the only Indian yogi who drew attention in the Roaring Twenties. Yogendra established
the Yoga Institute in 1920. Despite restrictive immigration laws, Bhagwan Singh Gyanee and Bhagat Singh Thind—known for their participation in India’s freedom struggle—spread the gospel of yoga to small but rapt American audiences. Others included Yogi Wassan and Rishi Singh Gherwal, who were sometimes
teaching in the same area and competing with each other. Then came the Great Depression, bringing economic distress and anxiety. As the 1930s wore on, Bishnu Charan Ghosh and Buddha Bose, among others, popularized Hatha Yoga, whose physical aspect made it appropriate for a more practical era. Vox Media founder Jerome Armstrong tells their story in Calcutta Yoga. If you’re looking for a new, affordable, and handsome coffee table book that will be just as ideal on your night stand for bedtime reading, your search could end here. Forgotten Masters: Indian Painting for the East India Company (Bloomsbury) is a feast for art lovers and a treat for history buffs seeking to revisit early colonial India through the eyes of painters who worked from the 1770s to the mid-19th century. Enticingly, the book was edited by the formidable William Dalrymple, a historian who recently covered this territory in his highly praised Anarchy: The Relentless Rise of the East India Company. British historians and curators have contributed informative, accessible essays to Forgotten Masters—the book complements the first U.K. exhibition of East India Company masterworks at the Wallace Collection—but it’s the striking art that gets the spotlight. That makes the book appealing to nibblers and browsers as well.

It would be wrong to dismiss the project as Raj nostalgia, or think of the painters as colonialists in thrall of an “exotic” India ripe for exploitation. The artists were, in fact, “drawn from a wide variety of Indian artistic traditions—Mughal, Maratha, Punjabi, Pahari, Tamil, and Telugu,” notes the Wallace Collection’s director. They included Shaikh Zainud-Din, Bhawani Das, Yellapah, Shaikh Mohammad Amir, Sita Ram, and Ghulam Ali Khan. The early period of the Indo-British encounter is misunderstood, Dalrymple points out, because of the subjugation, brutality, and racism that came later. It was “far more ethnically mixed and culturally hybrid than we imagine,” he writes in his fascinating essay. “Forgotten Masters" aims to move the emphasis from the Company commissioners and shine the spotlight on the brilliance of its Indian creators. This is long overdue.”​ Lali’s Feather (Peachtree Publishing)
– by Farhana Zia. As the spring reading season kicks into high gear, the Atlanta-based children’s publisher is bringing out not one but three books with an Indian angle. Zia, a retired teacher in Massachusetts,
grew up in Hyderabad. Her new book for younger readers (4-8 years) is set in India, and the dreamy story of Lali’s
search for the owner of a beautiful feather is vividly brought to life by illustrator Stephanie Fizer Coleman. Although Peacock, Crow, Rooster, and others decline the feather, Lali finds multiple uses for it. As for the readers, Lali could turn them into budding birders. Kashmira Sheth’s Nina Soni, Sister Fixer is the second
title in her middle grade series. Nina’s little sister,
Kavita, appeared in the first book (Nina Soni, Former Best Friend) as well, but here she gets a bigger role as the sisters work on an experiment. Another book for the younger set, Feast of Peas, also written by Sheth,
features Jeffrey Ebbeler’s gorgeous illustrations. Amnesty (Scribner) – by Aravind Adiga. The Man Booker Prize-winning author of The White Tiger and Selection Day, among other works of fiction, is back with a novel about a topic that’s on everybody’s mind: migration. Or, to be accurate, it’s about migration without documentation. India is the usual setting for Adiga’s fiction, but this time we end up in Australia, where Adiga immigrated with his family as a teenager. Though Adiga mostly lives in India now, he remains an Australian citizen and is therefore on home territory again. In the novel, Dhananjaya Rajaratnam, now called
Danny, is a Sri Lankan migrant in Australia. Despite failing to secure refugee status, he is getting by as a house cleaner and has a Vietnamese girlfriend. When
Danny gets crucial information about a murder, he’s torn about approaching the authorities, because he knows that it could lead to his deportation. “Reading him you get a sense of having your finger on the planet’s
pulse,” writes Dwight Garner in The New York Times. Grown Up Pose (Berkley) – by Sonya Lalli. In her new novel, the Toronto-based author, who also wrote The Matchmaker’s List and The Arrangement, introduces readers to a not-so-young woman named Anu Desai. Lalli’s fiction explores cultural identity, the tussle between tradition and modernity, family ties, and cross-cultural romance—and this novel is no different. Separated from her husband, Neil, whom she married at a young age, Anu strikes out on her own and, to her surprise, buys a yoga studio. “Although her relationship
with her husband is what spurs Anu to change, her relationship with her parents is at the heart of the book,” according to Kirkus. “They’re sweet, loving, funny, and, as Anu learns, they’re more open to change (and more complicated) than she originally thought. Anu’s
struggle to find herself is wrought with obstacles and sometimes frustrating, but the resolution of her story is both satisfying and realistic.” Lalli studied law, but then went on to do an M.A. in creative writing at the
University of London. Stealing Green Mangoes (HarperCollins) – by Sunil Dutta. This widely praised memoir was published
last year—but sadly, Dutta died just a few months before its release. In 2016, Dutta, who was an expert on terrorism but also a biologist with a Ph.D. from UC-
Davis, discovered that he had terminal lung and bone cancer. Not deterred by the death sentence, Dutta felt compelled to share his family’s astonishing story. While Dutta, who met his U.S.-born Caucasian wife in India, became a scholar, poetry translator, and a sergeant with the Los Angles Police Department, his brother in India became a fugitive and a murderer who went to prison. For the brothers, the trauma of India’s partition hadn’t ended with the previous generation. But unlike Dutta, who sought comfort in music, poetry, metaphysics, and science, his brother found meaning in terror camps and the camaraderie of Khalistani separatists. Dutta, confronting mortality, saw his subject as “the possibility of a life full of compassion and meaning in a broken world.”