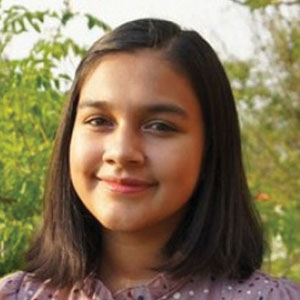 Gitanjali Rao, 15, made history when she beat four other finalists, picked from a pool of over 5000 Americans between the ages of 8 and 16, to become Time magazine’s first “Kid of the Year.” An inventor, budding scientist, and author, the Colorado teen’s striking achievements include a device that detects lead in drinking water, an app that uses AI to detect cyberbullying, and a diagnostic tool to diagnose opioid addiction. 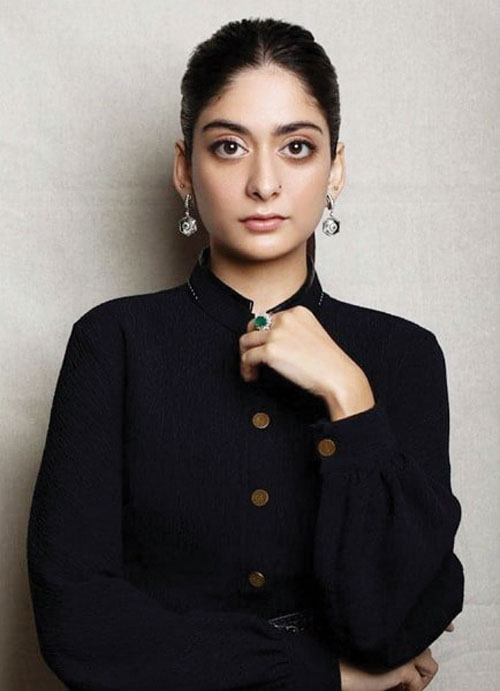 Tanya Maniktala plays the central role of Lata Mehra in Mira Nair’s lavish six-part television adaptation of A Suitable Boy, Vikram Seth’s multigenerational family saga focusing on the early years of post-independent India. Published in 1993, it’s one of the longest single-volume novels. The BBC series also made history because of its fully non-white cast (there’s one minor exception). The reviews, though, have been mixed. 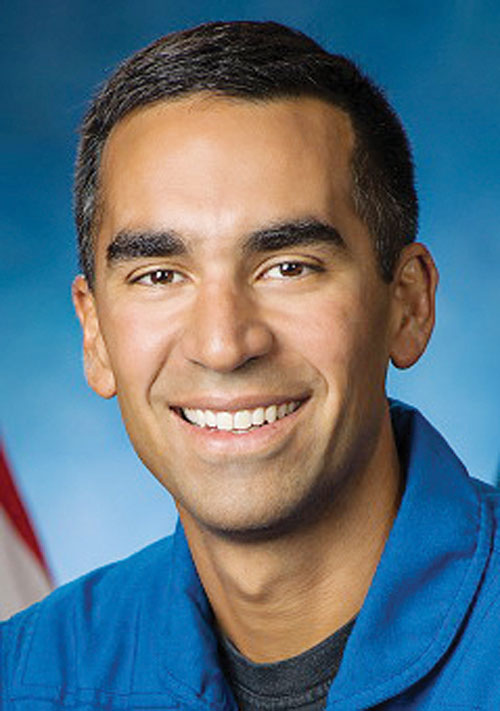 Raja Jon Vurputoor Chari has been picked by NASA and the European Space Agency (ESA) as the commander of the SpaceX Crew-3 mission to the International Space Station this year. Chari—a U.S. air force colonel and an aeronautics engineer with degrees from the U.S. Air Force Academy and MIT—is also on the Artemis Team shortlist for a future lunar mission. His late father had immigrated from Hyderabad. 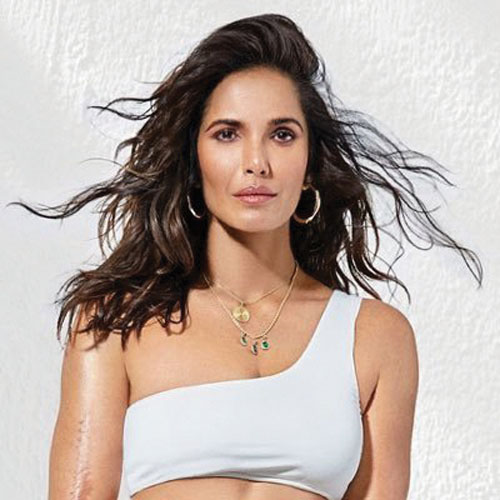 Padma Lakshmi got good news when Taste the Nation, her acclaimed series on Hulu, was renewed for 10 more episodes. In the first season, which also has 10 episodes, the cookbook author travels across the U.S. to show viewers how immigrant and indigenous groups shaped the country’s cuisine. Gullah, Native American, and Peruvian food is sampled, along with burritos, wiener, dosas, kabobs, and chop suey. 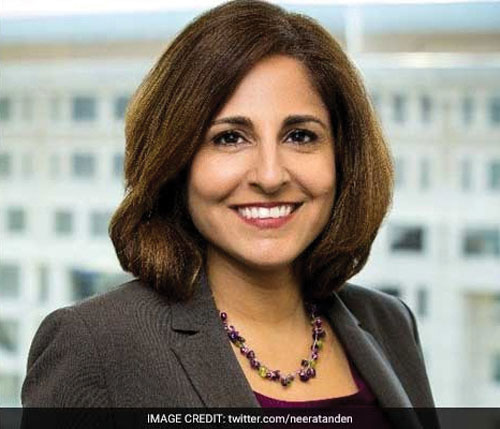 Neera Tanden has been picked by Biden as director of the Office of Management and Budget (OMB). If confirmed by the Senate, she will be the second Indian-American to get a cabinet position. The first was Nikki Haley, who served as U.S. ambassador to the United Nations. Tanden, a Yale Law School graduate, served as Obama’s senior adviser for health reform in the Department of Health and Human Services. 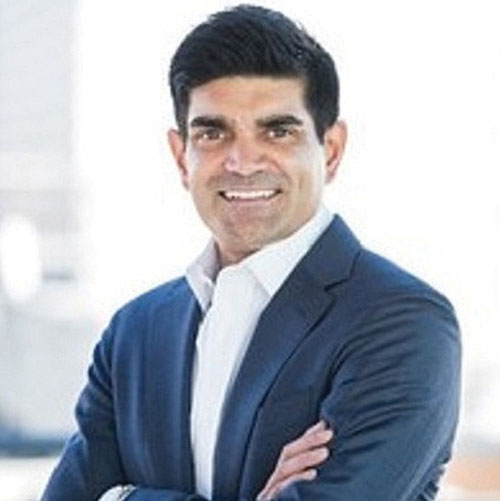 Rahul Dubey, who welcomed fleeing demonstrators into his house in Washington, D.C., is among the “Heroes of 2020” chosen by Time magazine. Dubey provided shelter and food to about 70 protestors, even keeping them overnight so that they wouldn’t violate curfew restrictions. According to Dubey, a healthcare worker, police officers tried to enter by pretending to be protestors and by trying to stop pizza delivery. 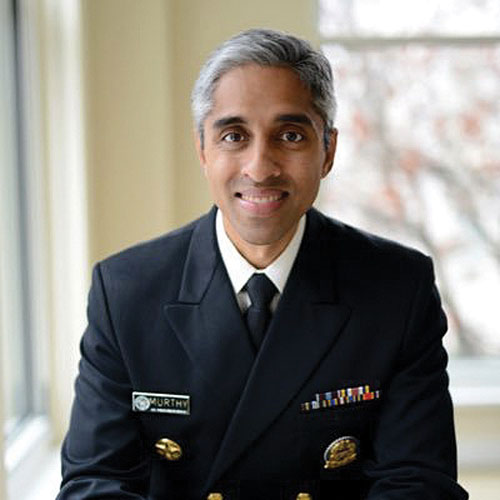 Vivek Murthy is expected to serve as the 21st surgeon of the United States in the Biden administration. Senate confirmation shouldn’t be a problem because Dr. Murthy already served as the 19th surgeon general under Obama for two years and 10 months. No surgeon general has served in two administrations so far, and Vice Admiral Murthy will be taking over during a critical period as the nation copes with Covid-19. 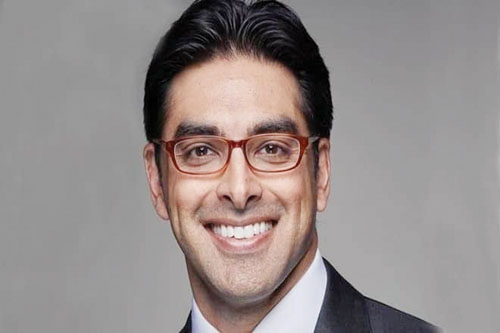 Anil Soni is the inaugural CEO of the WHO Foundation, which was established last year by the World Health Organization in Geneva. An independent grant-making agency, the Foundation will work with WHO and the health community at large to address urgent challenges in various nations. He took over on January 1, 2021. Previously, Soni was the head of global infectious diseases at Viatris, which focuses on healthcare issues.

ON THE COVID-19 VACCINE TRAIL 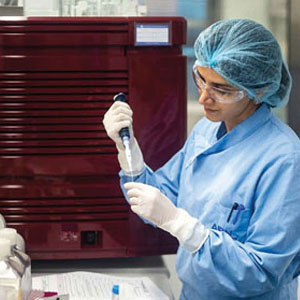 Impressively, Covid vaccines that are 94 to 95 percent effective have been rolled out in record time. But what about the developing world? How smoothly will the production, distribution, and implementation happen in a country like India? For instance, how will the Pfizer vaccine—which needs to be stored at minus 70 degrees Celsius—reach ordinary folks on the subcontinent, even if the cost of the requisite two doses ($40) can be reduced? Given the challenges, it’s no surprise that India is pursuing easier alternatives, an example being Bharat Biotech’a Covaxin. This vaccine, developed with the help of the Indian Council of Medical Research, will cost much less and sill meet the standard for storage (2-8 degrees Celsius). It may be about 60 percent effective. And then there’s biophysicist Raghavan Varadarajan. He and his team at the Indian Institute of Science are working on a “heat-stable” Covid vaccine that has so far worked in animal tests.

Serum Institute of India has stepped up in a big way to manufacture and distribute vaccines in India and beyond.
In addition to Covaxin, it’s producing another vaccine called Covishield. Indian-Americans are working on solutions as well. Purdue virologist Suresh Mittal is developing a Covid vaccine that uses a common cold-like adenovirus as a vehicle of transmission. At the University of Houston, biomolecular engineer Navin Varadarajan has worked on a nasal vaccine that he hopes to promote through a company he founded. Penn State veterinarian Suresh Kuchipudi is using a bovine adenovirus to make his vaccine. Anika Chebrolu, only 14, won 3M’s 2020 Young Scientist Challenge for developing a novel antiviral drug by studying the protein spikes in the coronavirus. 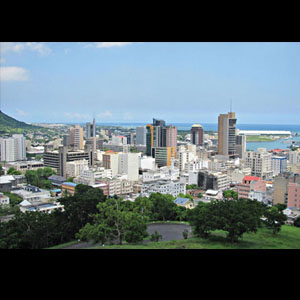 The cleanup of an oil spill along this nation’s coastline will be completed soon, at least according to the company that caused the disaster. As travel restrictions ease, hopefully this year, tourist traffic may pick up to this subtropical island, situated 500 miles east of Madagascar in the Indian Ocean. That’s Mauritius, a cherished getaway known for its pristine white beaches, coral reefs, and polyglot culture. Roughly 67 percent of the 1.3 million Mauritians trace their roots to India, while close to 30 percent have a mixed heritage. Both the current president and prime minister belong to the former group. While a few Indian languages are still spoken there, English functions as the official language, and the majority speak Creole. According to the last census, 48.5 percent are Hindus, followed by Christians (33 percent) and Muslims (17.3 percent). Its public holidays include Thaipoosam Cavadee, Maha Shivaratree, Ugaadi, Eid-Ul-Fitr, Ganesh Chaturthi, Divali, Christmas, and Arrival Day.

Speaking of the last holiday, Aapravasi Ghat, where arriving indentured laborers from India were processed in the 19th and early 20th centuries, is a World Heritage Site. It’s located in the capital Port Louis, while the Le Morne cultural landscape, also a World Heritage Site, is located in the southwest of Mauritius island. The immigration depot, built in 1849, was used until indentured labor was abolished a hundred years ago. Many laborers stayed on the island to work in sugarcane plantations, and the other arrivals were sent for similar work to Reunion island, the Caribbean, and Australia. Le Morne’s soaring, forbidding mountain has caves which became a refuge for slaves who had escaped captivity. 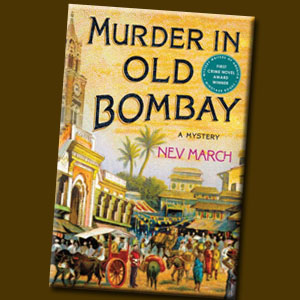 Murder in Old Bombay: A Mystery (Minotaur) – by Nev March. From business analysis, March’s previous profession, the New Jersey- based Parsi author has shifted to crime analysis. For her debut novel, March won the Minotaur/Mystery Writers of America First Crime Novel Award. Set in British India during the last decade of the 19th century, this novel is based on a true story. Captain Jim Agnihotri, born to Indian and British parents, is recuperating after surviving a massacre in the northwest frontier. When he hears that two Parsi sisters, who fell from a Bombay clocktower in daytime, probably didn’t commit suicide, he’s drawn in as a detective. He meets Adi Framji, who was married to one of the women and was the other woman’s cousin. The captain becomes involved with another cousin, Diana—and there are other complications when his investigation leads him to a place outside British control. “Compelling characters, striking settings and the intricacies of social stratification shine in this talented author’s hands,” notes Sujata Massey. 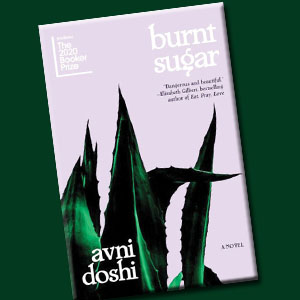 Burnt Sugar (Overlook Press) – by Avni Doshi. “Bleak subject but beautiful writing” could sum up the reaction to this searing novel, shortlisted for the Booker Prize. Antara, the narrator, was neglected and even abused as a child by her mother, Tara, who was homeless for a while and got involved with a religious cult headed by a Rajneesh-like guru called Baba. Now married and a mother herself, Antara is an unenviable position. Tara has dementia. Antara, dealing with her own issues, becomes a parent to a mother who never knew how to be a parent. The narrator’s first sentence—“I would be lying if I said my mother’s misery has never given me pleasure”—sets the mood for a novel that’s “an unsettling, sinewy debut, startling in its venom and disarming in its humor,” according to The Guardian. Doshi, who studied art history in New York and London, now lives in Dubai with her family. She won the Tibor Jones South Asia Prize and a Charles Pick Fellowship. 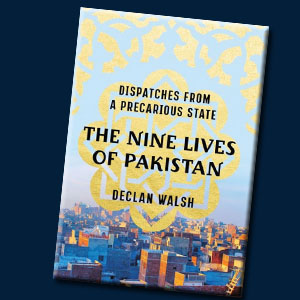 The Nine Lives of Pakistan (W. W. Norton) – by Declan Walsh. Indians— not unlike Americans—are accused of being poorly informed about their neighbors. Large, raucous countries tend to be self-absorbed because there’s so much happening within their own borders. It leaves little bandwidth for other nations. To correct that when it comes to Pakistan, readers can turn to Walsh’s highly praised book. It covers a tumultuous period that includes the fallout of 9/11, a military coup involving General Musharraf, the assassination of Benazir Bhutto, and the killing of Osama bin Laden. But Walsh, who had inside access, also takes a historical perspective in his examination of Pakistan through nine lives. “For almost a decade, I had puzzled over the workings of this perplexing, fascinating country, teasing out its nuances and arguing with those who chose to view its problems in stark black-and-white,” Walsh writes. A New York Times reporter, he was abruptly expelled from Pakistan in 2013. “The military always wins,” he realized while waiting to leave. 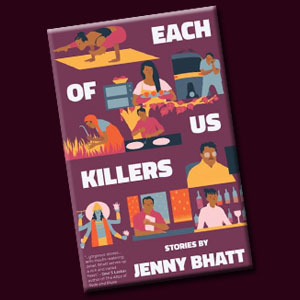 Each of Us Killers: Stories (7.13 Books) – Jenny Bhatt. After getting burned out in Silicon Valley as a management consultant, Bhatt embraced the literary life (she’s also a translator and does a podcast on South Asian authors). Unsurprisingly, work is a recurring feature in Bhatt’s debut collection of 15 stories, revealing the subtle dynamics in play between those who have power and those who don’t—involving class, religion, gender, or caste. The opening story was inspired by an incident in Kansas, where an Indian software engineer was killed by an inebriated racist. The horrified colleagues reject “Trumpistan,” but it’s hard for them to forget that an immigrant is an outsider. As the victim’s ex-wife notes, “We become too foreign for home and too foreign for here, never enough for both.” Bhatt’s prose, sprinkled with similes andmetaphors, can be evocative. The title story, depicting caste oppression and violence in rural India, brings the collection to a harrowing conclusion.