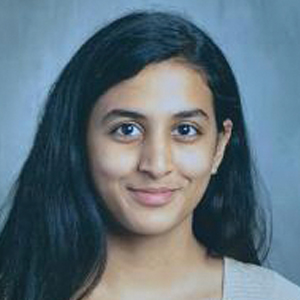 Anika Chebrolu, 14, took on Covid-19 to win 3M’s 2020 Young Scientist Challenge. The teen from Texas will receive $25,000 for developing a novel antiviral drug by studying the protein spikes in the coronavirus. She used in-silico methodology to find a molecule that can selectively bind with the protein spikes and lead to a possible cure for Covid-19. The 10 finalists in the competition included seven Indian-Americans. 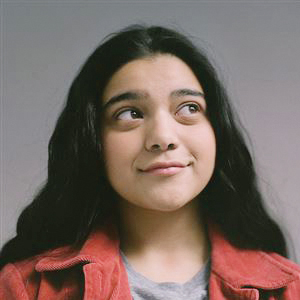 Iman Vellani, a Canadian teen born to Pakistani immigrants, has been picked  for Disney+’s Ms. Marvel and a feature film. Iman will play the role of Kamala Khan (a striking coincidence, given the rise of Kamala Harris), a New Jersey teen superhero who made her debut in 2014. Kumail Nanjiani, who is also appearing in a Marvel film, tweeted, “Your work is going to mean so much to so many people, myself included.” 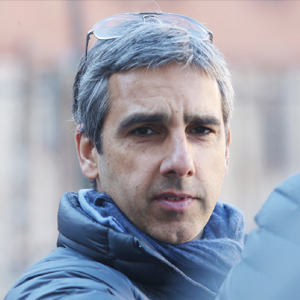 Andrij Parekh, a director of Gujarati and Ukrainian heritage, won an Emmy Award for directing an episode (“Hunting”) in the HBO series Succession. A graduate of Carleton
College in Minnesota, where he grew up, Parekh studied cinematography at New York
University and FAMU in Prague. Succession, which focuses on a family’s fight over a
media empire, won a 2020 Emmy for Best Television Drama Series. 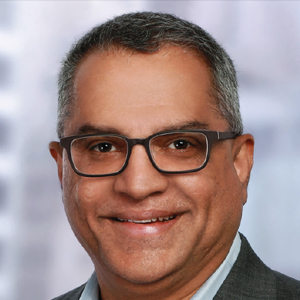 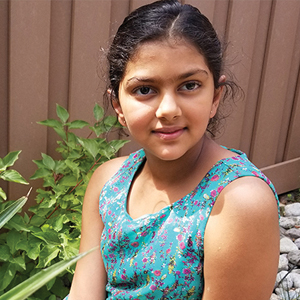 Madhvi Chittoor, aged 9, is one of the two youngest winners of the 2020 Gloria Barron Prize for Young Heroes. The Taekwondo black belter founded Madhvi4EcoEthics with the intention of reducing plastic and Styrofoam pollution. Her initiative led to the use of compostable paper lunch trays in her Denver school district. Kavi Gandhi, Viraj Mehta, and Kavi Dolasia (all in their upper teens) are also among the 15 awardees. 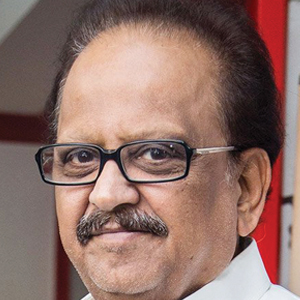 S. P. Balasubrahmanyam, dubbed SPB or Balu, became a victim of Covid-19 in September at 74. The legendary singer and music director was also an occasional actor.
After making his singing debut in 1966, he went on to sing in 16 languages (mainly in South India), recording over 40,000 songs and winning a spot in the Guinness World
Records. His honors include the Padma Bhushan and six National Film Awards. 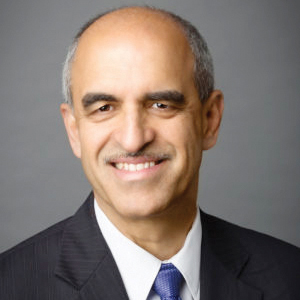 Srikant Datar has taken over as the eleventh dean of Harvard Business School, which was established 112 years ago. An alumnus of the University of Bombay and IIM-Ahmedabad, he received his Ph.D. from Stanford University. From cost management and control, strategy implementation, and governance, his interests in recent years have shifted to business education, design thinking, machine learning and AI. 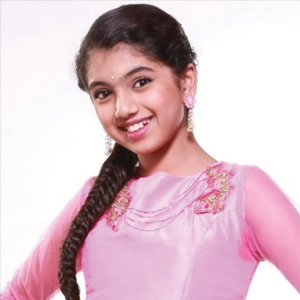 Avantika Vandanapu, who starred as Monyca in Diary of a Future President and was
the voice of Kamala in Mira, Royal Detective, will appear in a new Disney film. The 15-yearold will play the role of Rhea Kumar in Spin, to be released on the Disney Channel next year. After winning second place in the first North American edition of ZeeTV’s Dance India Dance Li’l Masters, Avantika acted in several Indian films.

VISITING SEVEN SISTERS AND A BROTHER 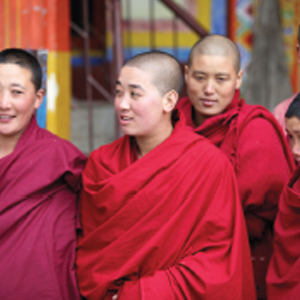 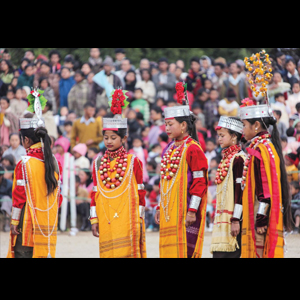 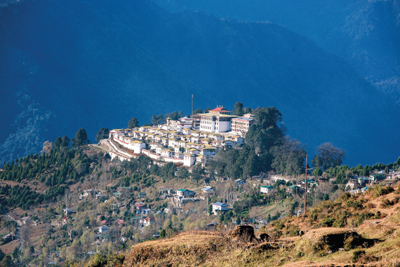 Northeastern India—distant, beautiful, and distinctive—still feels so cut off that it could be another country. Indeed, it’s the 14-mile-wide Silguri Corridor (“Chicken’s Neck”) that keeps the region connected to the rest of India. If you enjoy going off the beaten path, Life and Culture in Northeast India (Abbeville Press), a dazzling pictorial tome put together by Dipti Bhalla Verma and Shiv Kunal Verma, will cure your pandemic blues. It’s armchair travel, of course, but the comforting news is that you don’t have to worry about social distancing, masks, and handwashing. The Seven Sisters you’ll visit are Assam, Meghalaya, Tripura, Mizoram, Nagaland, Manipur, and Arunachal Pradesh. Brother Sikkim, while not contiguous with these states, is part of the same family—or region—because of cultural and ethnic commonalities.

You’ll get glimpses of three World Heritage Sites—the Kaziranga National Park and Manas Wildlife Sanctuary in Assam, and the Khangchendzonga National Park in Sikkim—and rare wildlife. Every state will reveal breathtaking scenery, sometimes teeming with people and vibrant colors, sometimes rugged and devoid of human habitation. You’ll come across living root bridges, monasteries and churches perched on mountains, unique tribal customs and costumes, not to mention cuisine. Manipur is the home state of boxing legend Mary Kom, but it’s also the birthplace of Manipuri polo, which is warlike and older than English polo. The text can feel encyclopedic, and since it’s not a travelogue, you may miss an authorial perspective and wonder about their encounters with residents. But the gorgeous photos fill the gap. “To this day, the whole of Northeast is just ‘Assam’ to most people,” the authors note, before going on to dispel that notion in their handsome book, making it a valuable addition in any library or living room. 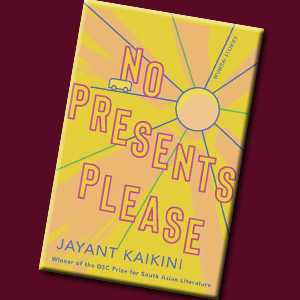 No Presents Please: Mumbai Stories (Catapult) – by Jayant Kaikini. This collection, translated into English from Kannada by Tesjaswani Niranjana, was released in the U.S. this year. After Vivek Shanbhag, in recent years, Kaikini is another Kannada writer who’s finding an audience here. It’s a well-deserved honor. Earlier, Kaikini won the prestigious DSC Prize for South Asian Literature for this collection (the five other finalists wrote their books in English, and four have won international acclaim). After earning his graduate degree in biochemistry, Kaikini worked at pharma companies in Mumbai for over two decades, even as he was pursuing his literary  ocation. The stories often involve migrants from small towns and humble backgrounds, perhaps not unlike his origins in Karnataka. The comedy and heartbreak, along with the depiction of gritty urban life, have drawn comparisons to the fiction of Rohinton Mistry. “My life in Mumbai was deeply enriching and liberating,” Kaikini told Deccan Herald. “Only an outsider can have an unconditional and unbiased view about such a mega city.” 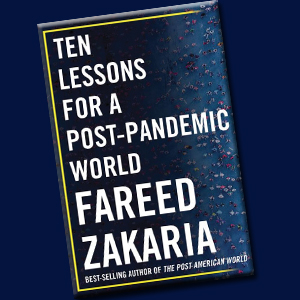 Ten Lessons for a Post-Pandemic World (W. W. Norton) – by Fareed Zakaria. Some may think this book was rushed to print, but Zakaria doesn’t skimp on research. While his ten lessons are not unexpected, what provides value to the reader are his detailed explanations and analysis. He devotes a chapter to each of these lessons: Buckle up. Government quality matters, not quantity. Markets are not enough. Experts and people should listen to each other. Life is digital. We are social animals. Inequality will get worse. Globalization is not dead. World is becoming bipolar. Greatest realists can be idealists sometimes. One consequence of the crisis has been an openness to change, as we’ve been showing in our private, professional, and public lives. Speaking of the possibilities ahead, Zakaria notes, “We could turninward and embrace nationalism and self-interest, or we could view this global pandemic as a spur to global competition and action.”

East: 120 Vegan and Vegetarian Recipes from Bangalore to Beijing (Flatiron) – by Meera Sodha. Following the success of Made in India and Fresh India, Sodha, who lives in Britain, doesn’t confine herself to Indian cuisine in her new book, which has a section for each season. But her territory is still Asia, and fans will be especially drawn to her vegetarian take on laksa, nasi goreng, pho, and udon noodles. For these dishes, she uses rutabaga, mushrooms, cabbage, cauliflower, and Brussels sprouts. Sodha, whose family roots are in India and Africa, first published most of these recipes in The Guardian. She doesn’t ignore subcontinental fare (Sri Lankan beet curry with green bean mallum) and also includes breakfast items like tofu scrambled akuri and Sodha family masala   melet. Fans of Thai green curry and Korean kimchi pancakes will be satisfied as well. Sodha got the best piece of advice from her mother, who said, “Taste your ingredients before, during, and after cooking—that way you’ll understand how they behave.” 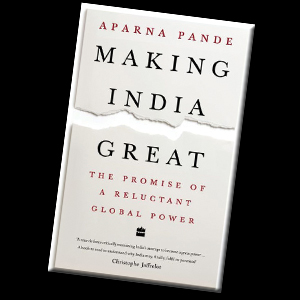 Making India Great: The Promise of a Reluctant Global Power (HarperCollins) – by Aparna Pande. Will the triple whammy of Covid, Crash, and China make “India Falling” the new slogan? Not only has India had the largest decline of any major economy (almost 24 percent in the last quarter), but it’s set to overtake the U.S. as the nation with the most Covid cases. As for China, at no point since the 1962 war have relations been so tense. Pande, a scholar at the Hudson Institute in D.C., takes a broad view rather than focus on the current situation. Despite grand ambitions, why does India fail to fulfill its expectations? Economic growth doesn’t tell the whole story. “It requires a shift in attitudes, which in turn needs a leadership that can think beyond getting elected by consolidating vote banks on the basis of religion, caste, or ethnicity,” Pande writes. “Indian leaders need to bear in mind that attempts to build a homogenous society amidst actual heterogeneity do not succeed.”