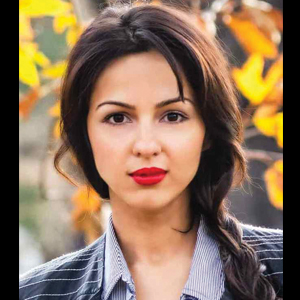 Annet Mahendru, born in Kabul to an Indian father and a Russian mother, learned six languages when she was in Afghanistan, Russia and Europe. Also raised in New York by her father, Mahendru, known for her role in a TV series called The Americans, decided to pursue acting when she was a graduate student. Her other credits include The X Files, 2 Broke Girls, Mike & Molly, Big Time Rush, Escape From Tomorrow and Love Gloria. 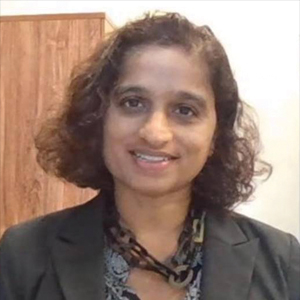 Veena Reddy, a Senior Foreign Service officer, takes over as the new mission director for USAID in India. She will lead the operations in India and Bhutan. Reddy was USAID’s mission director in Cambodia and deputy mission director in Haiti. She also served as assistant general counsel in Washington, D.C. A former corporate attorney, Reddy earned degrees from the University of Chicago and Columbia School of Law. 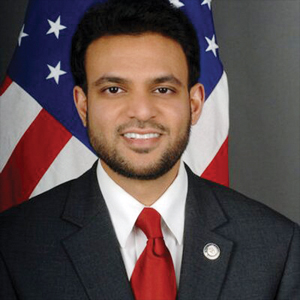 Rashad Hussain has been nominated by President Biden as Ambassador-at-Large for International Religious Freedom. The first Muslim to get this nomination, Hussain, the son of Indian immigrants, attended Yale Law School and Harvard’s Kennedy School of Government. In the Obama administration, he served as a White House Counsel and as U.S. Special Envoy for Strategic Counterterrorism Communications. 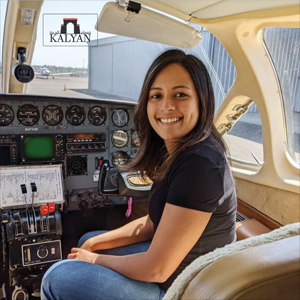 Sanjal Gavande, a 30-year-old engineer who grew up in Mumbai, was drawn to NASA. But when visa challenges made getting a job there difficult, she turned to Blue Origin, the aerospace company founded by Jeff Bezos. It turned out to be a good move. She was part of the team that developed the New Shepard vehicle for a maiden 10-minute suborbital voyage above the Karman Line by Bezos and three other passengers. 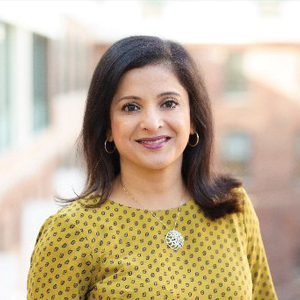 Yamini Rangan is the new CEO of HubSpot, a Boston-based developer and promoter of software products for inbound sales, marketing and customer service. She takes over from Brian Halligan, who founded the company with Dharmesh Shah in 2006. It now has over 3300 employees. Rangan, who was the acting CEO when Halligan suffered a snowmobile accident, previously worked at SAP, Workday and Dropbox. 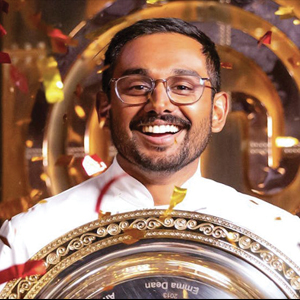 Justin Narayan, an Australian youth pastor of Fijian Indian heritage, is the winner of MasterChef Australia 2021. Narayan, who beat Pete Campbell by just one point, won $250,000. Kishwar Chowdhury was third place winner. Narayan’s plans to start a restaurant or food truck featuring some of his favorite Indian dishes, and he also aims to use some of his profits to fund the education of slum children in India. 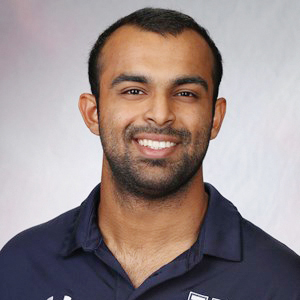 Rohan Handa, a junior at Yale University, got picked by the San Francisco Giants in the fifth round of the 2021 MLB draft. The left-handed pitcher, a Charlotte native, returned home to work on his game after the pandemic disrupted baseball at Yale. His rapid progress caught the attention of pro scouts. Handa, who speaks Hindi and Chinese besides English, launched a charity to promote child literacy in India. 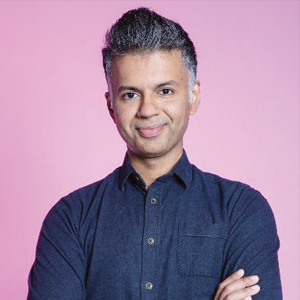 Jai Chakrabarti was partly inspired by The Post Office, Tagore’s famous play, for his debut novel, A Play for the End of the World (Knopf), which is set in New York in the early 1970s. Jaryk Smith, who’d performed in Tagore’s play in the Warsaw Ghetto, goes to India during a refugee crisis after his friend dies of a heart attack. The nonlinear narrative, Publishers Weekly notes, “brilliantly conveys Jaryk’s survivor’s guilt from WWII.” 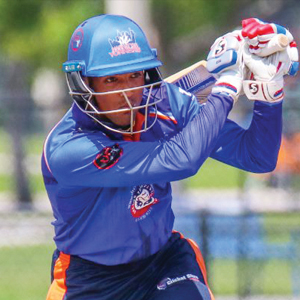 Unmukt Chand had a brilliant start in cricket when the Under-19 Indian team he led won the World Cup in 2012. In the final upset victory against Australia, he scored 111 runs. But cricket at the highest level is so competitive that even talented batsmen like Chand often don’t make the cut. After retiring from cricket in India, Chand signed a multi-year contract with Minor Cricket League and moved to the U.S. Founded in 2019, it’s an American Twenty20 cricket developmental league for Major Cricket League, whose inaugural season is scheduled for 2023. Minor Cricket League has two conferences (Pacific and Atlantic) and 27 teams from four divisions: Western, Central, Eastern and Southern. Atlanta Fire, owned by Mohammed Hasan Tarek, and Atlanta Param Veers, owned by Jayesh Patel, are in the Southern division. Cricket fans looking for a celebrity connection can turn to Shahrukh Khan’s Hollywood Master Blasters in the Western division.

Chand, who plays for Silicon Valley Strikers, is not the only cricketer to leave India. Others include Harmeet Singh, Siddharth Trivedi and Smit Patel. Patel, who started off strong as the captain of Manhattan Yorkers, had played with Chand in the Under-19 team. In the first Toyota Minor League Cricket Championship, 24 matches are being played in eight cities for $250,000 in prize money. The participants include cricketers who have played for fifteen nations. Besides the two Georgia teams, the Southern division has three Florida teams—Orlando Galaxy, Florida Beamers and Ft. Lauderdale Lions—and a team representing the Carolinas (Morrisville Cardinals). Miami, Ft. Lauderdale and Atlanta are hosting matches in the Atlantic Conference. Chicago, Detroit, Houston, San Jose and San Diego are the venues in the Pacific Conference.

WHEN FOUR IS AN UNLUCKY NUMBER 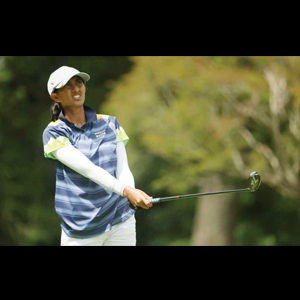 Pewter. This alloy of tin with copper and antimony became the medal for those who came in fourth in the 2016 London Olympics, thanks to a British sports lover and donor. Its color—gray—was appropriate for what became an unofficial consolation prize. If you leave out injuries and illness, nothing is more crushing for athletes than coming in fourth. For Olympic players especially, the margin of victory can be so slim that often it seems to be a matter of luck. Just ask Aditi Ashok. In the Tokyo Olympics, after a strong start in the number two position, the Indian golfer missed the bronze medal narrowly. There was no pewter this time. Of course, qualifying for the Olympics is an achievement, too, and every athlete gets a participation medal (the top eight finishers in a sporting event are given Olympic diplomas as well). But that’s not the same as being on the podium to receive a gold, silver or bronze medal.

Then there was Milkha Singh, who died recently at the age of 91 (he and his wife succumbed to Covid in the same week). In the 1960 Rome Olympics, the Flying Sikh, as he was known, lost the bronze medal in the 400 meters final by one-tenth of a second. Glancing back at his closest competitor slowed him down, probably costing him the medal. P.T. Usha’s race in the 400 meters hurdles in the 1984 Los Angeles Olympics was even more dramatic. The sprinter missed the bronze medal by one-hundredth of a second. Abhinav Bindra won an individual gold medal in London, becoming a national hero in India. But the Olympic shooter narrowly missed the bronze in Tokyo. 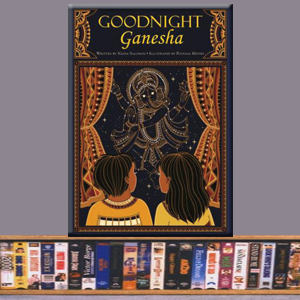 Goodnight Ganesha (Philomel Books) – by Nadia Salomon. Illustrated by Pooja Mistry. Compared to 2020, the festival season this year is bound to be brighter. But since the threat of Covid hasn’t faded, it’s likely that kids will spend more time with their own families than is usual during the fall celebrations. That’s a good reason for giving them books as presents. In Goodnight Ganesha, a picture book for primary schoolers, two children visit their grandparents in India—and what readers and listeners get is a comfortingly poetic rendition of nighttime routines. Mistry’s intricate drawings form an evocative background. “Whether it’s taking a bath, having a warm drink, being read to, or being rocked to sleep, many people practice some kind of ritual,” Salomon notes. Another new book for the same age group, written by Mayuri Amarnath and illustrated by Ravi Shankar, is called Dancing the Navaratri Nights. This is Amarnath’s first book, but on Come Sing with Us, her YouTube channel, she has uploaded other tales for kids. 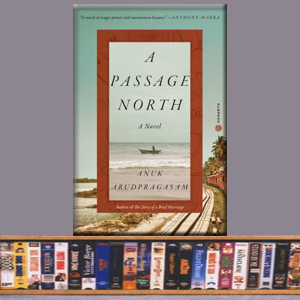 A Passage North (Hogarth) – by Anuk Arudpragasam. His debut novel, The Story of a Brief Marriage, won the DSC Prize for South Asian Literature, and now Arudpragasam’s second novel is included in the Booker Dozen (though, to be precise, the 2021 longlist has 13 titles). The author, who has a Ph.D. in philosophy from Columbia University, takes us to his native Sri Lanka, where Krishan has just heard that Rani, his grandmother’s caretaker, died in the Jaffna region. Rani had lost both her sons in the nation’s brutal civil war. Boarding a train in Colombo about six years after the war ended, Krishan heads north for the funeral. The journey is marked by his reflections on the war and its painful aftermath, Rani, his grandmother, religious texts, and Anjum, his former lover in India. “Mesmerizing, political, intimate, unafraid—this is a superb novel, a novel that pays such close, intelligent attention to the world we all live in,” notes Sunjeev Sahota, whose China Room is also on the Booker longlist this year. 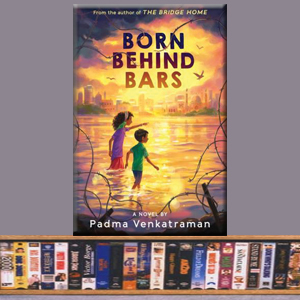 Born Behind Bars (Nancy Paulsen Books) – by Padma Venkatraman. The author of The Bridge Home and other books for kids is out with a new novel for middle schoolers. We’re back in Chennai, but this story is not about street kids living under a bridge, and at first, there’s no runaway either. Kabir, the story’s main character, has spent his entire young life in prison. While his mother, imprisoned for a crime she hadn’t committed, is stuck there, Kabir gets out because of a new warden. That’s hardly good news, given how a fraudulent “uncle” tries to sell him. Now Kabir becomes a runaway, though the plucky youngster is just getting started. Not only does he learn to live by his wits, but he has to find a way to get his mother out of prison. As he points out, “Amma always says being born in jail doesn’t mean I can’t do great things.” Kirkus calls it “a gritty story filled with hope and idealism” in a starred review. 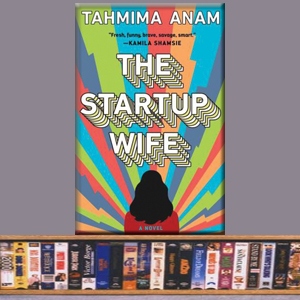 ​The Startup Wife (Scribner) - by Tahmima Anam. What happens when most of the credit for a hugely successful startup, launched by a smart couple, goes unfairly to the partner who didn’t do the bulk of the hard work? It puts a strain on the marriage, of course. And here it also raises uncomfortable questions about sexism in the tech world. Asha Ray and Cyrus Jones get married 13 years after they first met as schoolkids in multiracial Queens, where Asha’s immigrant parents succeed as entrepreneurs the old-fashioned way. They own a pharmacy mini-chain named Health Beats, and now live on Long Island. Asha, who’s working on a Ph.D., and Cyrus, a brilliant dropout, are drawn to a Manhattan tech incubator called Utopia. The couple’s platform lets users create personalized rituals for weddings and other occasions, but their own marriage is on the rocks. “Anam’s penetrating look at the tech world’s discrimination pairs beautifully with her meditation on marriage and faith,” notes Esquire. Anam, who was born in Dhaka and educated in the U.S., now lives in London, where her husband owns a music tech company called ROLI.