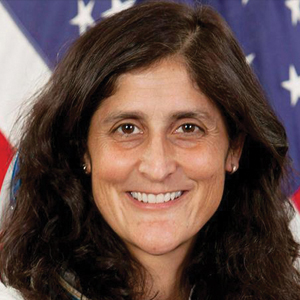 Sunita Williams, the second Indian-American to enter space, will leave the earth again. She has been picked as one of only two crew members for NASA’s Boeing Crew Flight Test (CFT) mission, the first crewed Starliner mission. While she takes over as the pilot, Barry Wilmore serves as the Boeing CFT commander. Their mission, to test operational safety, will take them to the International Space Station for about two weeks. 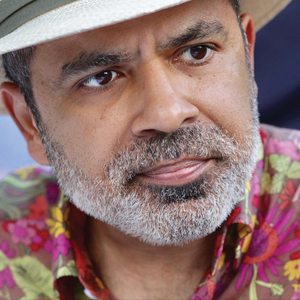 Akhil Sharma, who won the International Dublin Literary Award and the Folio Prize for his fiction, has done something few authors ever do. He revised an earlier book. His debut novel, An Obedient Son, won the 2001 PEN/Hemingway Award. Still, Sharma was dissatisfied when he revisited it, and especially felt that his female characters needed more development. McNally Editions has issued a new version of the novel. 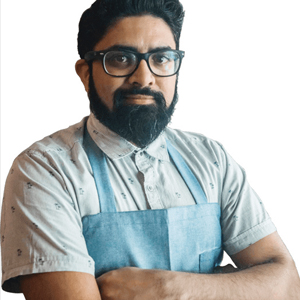 Niven Patel, named as the Best New Chef of 2020 by Food & Wine magazine, grew up in Valdosta, GA. Now he is with Miami’s Ghee Indian Kitchen, which won a Bib Gourmand award from the first Michelin Guide in Florida. Patel helps to curate every aspect of the Alpareno Restaurant Group, which owns Ghee Indian Kitchen. The fresh produce for Alpareno’s kitchens comes from his local farm, dubbed Rancho Patel. 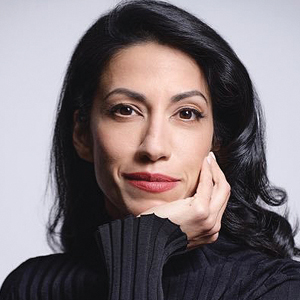 Huma Abedin, who gained attention as the vice chair of Hillary Clinton’s presidential campaign in 2016, is back in the news. Her memoir, Both/And: A Life in Many Worlds, has been chosen by actress Freida Pinto, who plans to play the role of Abedin in a TV series adaptation. Abedin, the daughter of Indian and Pakistani immigrants, is divorced from ex-Congressman Anthony Weiner, whose sexting scandals led to a prison sentence. 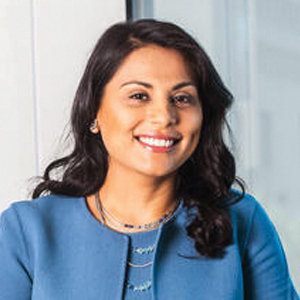 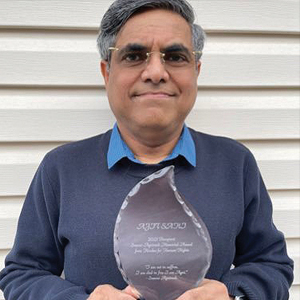 Ajit Sahi, a civil rights activist and journalist, received the Pluralist Award from the Center for Pluralism for “standing up for the religious freedom for people other than his own fellow religionists.” DC-based Sahi is advocacy director at the Indian American Muslim Council. He also won the Voice of Courage Award from the Muslim Public Affairs Council and the Swami Agnivesh Award from Hindus for Human Rights. 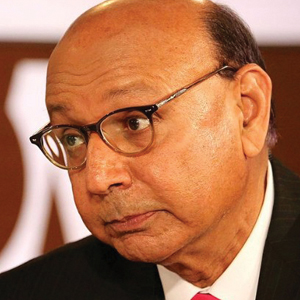 Khizr Khan, the Pakistani-American Gold Star father and founder of the Constitution Literacy and National Unity Center, is a recipient of the Presidential Medal of Freedom. President Biden has named him and 16 others for the honors in 2022. A prominent advocate for the rule of law and religious freedom, as the White House described him, Khan has served on the United States Commission on International Religious Freedom. 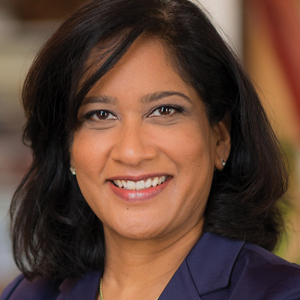 Naureen Hassan, the daughter of immigrants from Kerala, is becoming the new president of UBS Americas. It’s a subsidiary of Zurich-based UBS Group AG, a multinational investment bank and financial services company that’s the world’s biggest money manager. Hassan, a Princeton grad who got her MBA from Stanford, was the first VP and chief operating officer of the Federal Reserve Bank of New York. 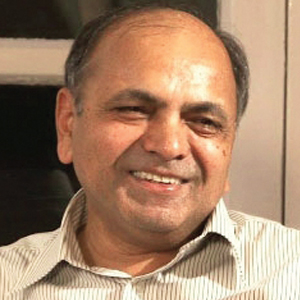 The People’s Linguistic Survey of India (PLSI) shouldn’t be confused with the Linguistic Survey of India (LSI). The latter survey, originally compiled and edited by George Abraham Grierson in the early decades of the 20th century, is a government initiative. PLSI was launched in 2010 when Ganesh Devy, a self-taught linguist, became obsessed with India’s linguistic heritage. With over 3500 volunteers from various walks of life, it’s a true people’s initiative. PLSI took just a year to track 780 languages that were still in use. That may seem like a large number, but as the BBC pointed out, 50 years earlier, the Indian government had recorded 1652 languages. Devy, who abhors monolingualism and the idea of imposing a national language on a country as linguistically diverse as India, says the country has already lost over 300 languages since independence.

Now he has taken on another ambitious project. Devy is working on “The Origins of Indian Civilization and Histories of India” with the help of scores of historians from around the world. “History is being taught to spread political bigotry in this country,” he told The New York Times. “Someone needed to show a mirror to the ruling class.” Fluent in Marathi, Gujarati, and English, Devy gave up his job at the Maharaja Sayajirao University when he found his calling. Widely honored and published, Devy founded the Bhasha Research and Publication Centre, Adivasi Academy, Budhan Theatre, and Himloka: Institute for Himalayan Studies, among other institutions. He has received the Linguapax Prize, Padma Shri, and Prince Claus Award. Alarmed by the growing intolerance, Devy returned the Sahitya Akademi Award as a gesture of solidarity with persecuted writers and activists.

HOW DID INDIAN-AMERICAN CEOs STACK UP IN 2021? 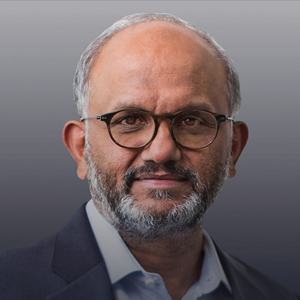 While making it to the top in corporate America is highly commendable, how do Indian-American CEOs perform? The perspectives of shareholders and customers count, but those are not the only ones. Employees also have a big voice. Glassdoor, which lets current and former employees review companies and their CEOs anonymously, is a source for insights on jobs and work culture. According to Glassdoor, Rich Lesser of BCG (Boston Consulting Group) was the top CEO in 2021 for large companies. There were several Indian-Americans in other positions. Shantanu Narayen, CEO of Adobe, held the number two spot in the top 100 list. In the reviews section, it was praised for its work-life balance. While Narayen’s approval was 99 percent, Satya Nadella, CEO of Microsoft, got 97 percent and was ranked number five for large companies.

Aneel Bhusri, CEO of Workday, was ranked number 21, with Vas Narasimhan, CEO of Novartis, following at number 23. Both got 96 percent approval. Sean Yalamanchi, CEO of InfoVision, took the number 55 spot (93 percent approval), while Jay Chaudhury, CEO of Zscaler, was ranked further below at number 71 (92 percent approval). Yes, Sundar Pichai, CEO of Google, was also on the list. His rank was number 90, with 90 percent approval. There was also a top 50 list focusing on the CEOs of small and medium companies. The Indian-Americans here included Dr. Ankit Mahadevia, CEO of Spero Thepeutics (ranked #15); Farhad Wadia, CEO of ALOIS (ranked #36); and Suresh Cheruku, CEO of CNET Global Solutions (ranked #43). Dhiren Fonseca, CEO of Rent (ranked #13), was also on the list, but he stepped down after Atlanta-based RentPath acquired it. 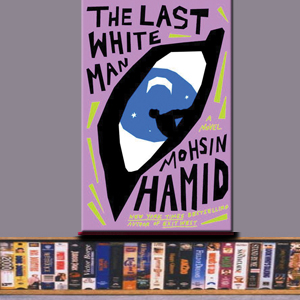 The Last White Man (Riverhead), by Mohsin Hamid. The audacious idea anchoring this novel was inspired by a classic tale by Kafka. But instead of turning into an insect, as in The Metamorphosis, the protagonist Anders finds that his complexion has turned dark. “He was overtaken by emotion, not so much shock, or sorrow, though those things were there too, but above all the face replacing his filled him with anger, or rather, more than anger, an unexpected, murderous rage,” we learn. Other fair-skinned citizens of the unnamed country are also, to their horror, turning into people they don’t want to be—and they don’t know why it’s happening. They are, however, fiercely determined to prevent the dismantling of the existing race-based hierarchy. Hamid, who divides his time between Lahore, New York, and London, is an acclaimed novelist. In this new work, which “feels immediately canonical,” according to The New Yorker, he has hit on a brilliant metaphor for the anxiety over the inevitable browning of the nation. 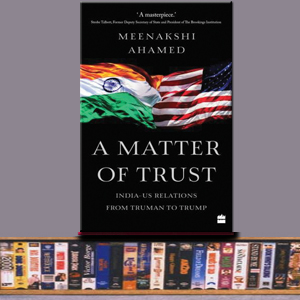 A Matter of Trust: India-U.S. Relations from Truman to Trump (HarperCollins), by Meenakshi Ahamed. Readers learn that Bush Jr. did more than almost any other U.S. President to bring the two nations together. Nixon, though, made disparaging comments about Indira Gandhi and Indian women. Truman’s Secretary of State said that India gave him “the creeps.” Truman was no better, but the distrust was mutual during the Cold War and upper-caste Indian mandarins were just as disdainful. There were exceptions, and India had friends like the erudite envoys Bowles, Galbraith, and Moynihan. Things changed after the Soviet Union collapsed. Although journalist Ahamed’s well-researched book is an informed assessment of an evolving relationship, there’s no denying the appeal of juicy anecdotes. Trump once asked Modi why India was afraid of China when the two nations didn’t share a border. Modi, for a change, was speechless. 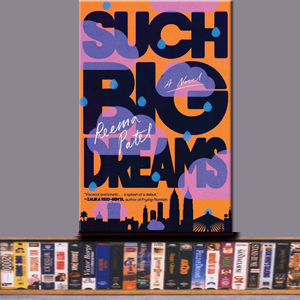 Such Big Dreams (Ballantine), by Reema Patel. A practicing lawyer in Canada, Patel won the Penguin Random House Student Award for Fiction. Her work in Mumbai’s youth nonprofit sector inspired the excerpt, and now the full version has been published as her debut novel. It revolves around Rakhi, a young woman who grew up on Mumbai’s streets. Leaving that unstable existence behind, she has become a personal assistant at a nonprofit focusing on human rights. Street-smart Rakhi has a lot on her plate—and she deeply misses her best friend, Babloo, who disappeared a decade earlier. We also have Rubina, a has-been Bollywood starlet trying to stay in the spotlight, and Alex, a Harvard-bound Canadian intern who makes an offer that Rakhi finds hard to refuse. Saying that this novel belongs on the list of great novels about Mumbai, Shyam Selvadurai, the Sri Lankan-born author, adds, “Her portrayal of Mumbai is fresh, vivid, and personal, in part because of the book’s charming and perceptive narrator, Rakhi.” 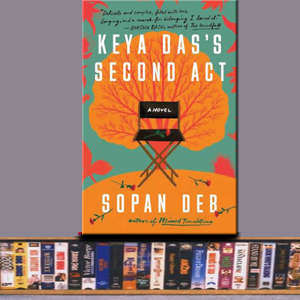 Keya Das’s Second Act (Simon & Schuster), by Sopan Deb. Jhumpa Lahiri, when she was still writing fiction in English, explored the lives of Bengali Americans in New England. Deb, in this novel, has shifted that focus to New Jersey, where the middle-aged Shantanu Das is estranged from his daughter, Mitali, after his divorce. And he’s haunted by an even bigger failing. When his late younger daughter, Keya, had come out as gay, he hadn’t accepted it. Preparing to move, Das finds an unfinished manuscript, written by Keya and her girlfriend. He reaches out to Mitali and her boyfriend, who comes up with the idea of staging a play as a tribute to Keya. But first they have to convince Keya’s girlfriend. “Full of regret, mistakes, love, redemption, and second chances, New York Times reporter Deb’s (Missed Translations, 2020) first novel is a painfully beautiful story that gives hope to all who have lost a loved one and wished for a second act of their own,” notes Booklist.