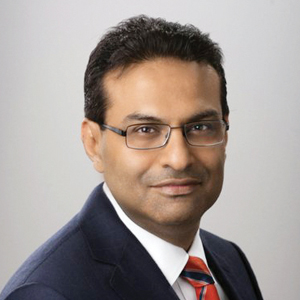 Laxman Narasimhan will take over as the next CEO of Starbucks in 2023 from Howard Schultz, the founder and interim CEO. Narasimhan, born in India, has served as CEO of U.K.-based Reckitt Benckiser, a health and hygiene company, and he also worked at PepsiCo and McKinsey & Co., where his tenure lasted 19 years. As the world’s largest coffeehouse chain, Seattle-based Starbucks has well over 34,000 locations. 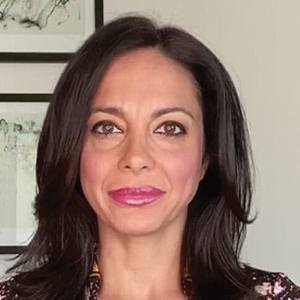 Tara Narula, who has been a senior medical correspondent on CBS, is joining CNN. Dr. Narula will report on multiple platforms as a member of CNN’s health, medical, and wellness team. Educated at Stanford and USC, where she received her MD, she’s a boardcertified cardiologist at Lenox Hill Hospital in New York City and an associate professor of cardiovascular medicine at the Zucker School of Medicine at Hofstra/Northwell. 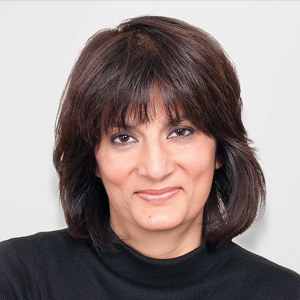 Devika Bulchandani is the new global CEO of Ogilvy, the advertising, marketing, and public relations agency. Most recently, she headed the North American division of Ogilvy. She’ll now oversee 131 offices across 93 nations. Bulchandani was president of the North American division of McCann, where she spent a quarter-century in various roles. Her notable ad campaigns for Mastercard include “Priceless” and “True Name.” 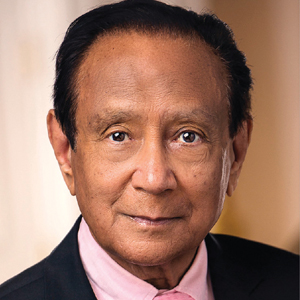 Mani L. Bhaumik, a physicist who made Lasik eye surgery possible through his
work on laser technology, has established the Bhaumik Breakthrough of the Year Award with a gift of $11.4 million. The American Association for the Advancement of Science (AAAS) will give a $250,00 cash prize to up to three scientists every year. Bhaumik, who remains a practicing scientist at 91, has funded other causes here and in his native India. 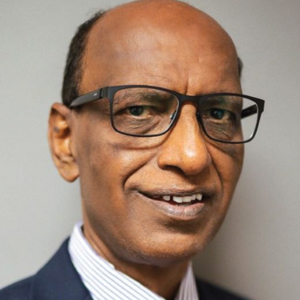 Kaushik Rajashekara is one of the three winners of the 2022 Global Energy Prize. In the New Ways of Energy Applications category, he was recognized for his contributions in transportation electrification and energy efficiency technologies. A holder of 36 U.S. and 15 foreign patents, Rajashekara, a distinguished professor of engineering at the University of Houston, has worked on electric, hybrid, and fuel cell vehicles. 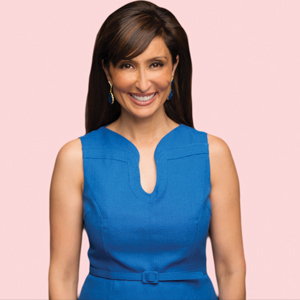 Shefali Razdan Duggal, having won Senate confirmation, is the new U.S. ambassador to the Netherlands. Born in India to Kashmiri parents, she grew up in Ohio and earned an MBA from NYU. A women’s rights and political activist, she was national co-chair of Women for Biden, and deputy national finance chair at the Democratic National Committee. Also a human rights advocate, she has won several civic awards. 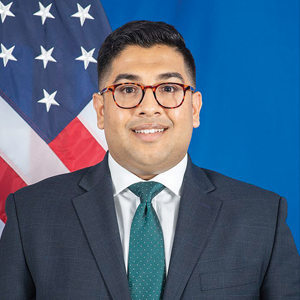 Vedant Patel, principal deputy spokesperson for the U.S. Department of State, has become the first Indian-American to hold his department’s daily press briefing. At the Foggy Bottom headquarters in D.C., the 33-year-old Patel covered a range of foreign policy issues. A graduate of UC Riverside, he earned his MBA from the University of Florida. He also served as assistant press secretary and spokesperson for Biden.

INDIA AND THE COMMONWEALTH 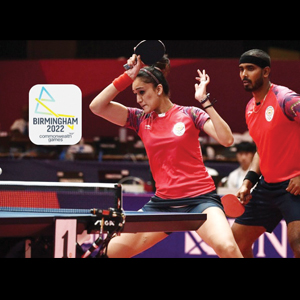 Queen Elizabeth II’s death triggered a range of reactions. The Indian government, as a mark of respect, lowered the flag to half-mast and declared a day of national mourning, surprising some people. The pain of colonialism lingers. Moreover, as they point out, there’s been no official apology for the crimes committed. When India became independent 75 years ago, Elizabeth wasn’t the monarch; she assumed that role in 1952, two years after India became a republic. This year, in a symbolic moment, India overtook Britain to become the world’s fifth-largest economy. But while India has moved on, it’s also a member of the Commonwealth. So is Pakistan, which left in 1972 and rejoined in 1989. There are now 56 independent member nations, of which 14 countries, including Canada and New Zealand, continue to recognize Britain’s monarch as the head of state. Five member countries have their own monarchies, and 36 member nations are republics.

The Commonwealth used to be bigger, but some Caribbean nations—including Barbados, most recently—left the group. Jamaica is expected to leave as well. For most Indians, the Commonwealth is synonymous with the quadrennial Commonwealth Games, which were held this summer in Birmingham, England. Sometimes known as the Friendly Games, the competition will move to Australia in 2026. India did well in the 2022 Games, receiving a total of 61 medals (22 gold, 16 silver, and 23 bronze) to win fourth place. Australia took the top spot, followed by England and Canada. India showed strength in table tennis, badminton, weightlifting, boxing, and wrestling. Table tennis champ Sharath Kamal, with three gold medals and a silver medal, was India’s top participant. 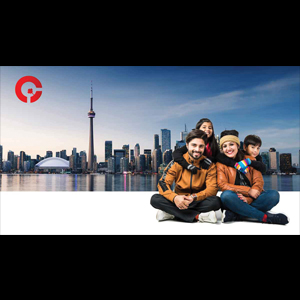 The slowdown in legal migration that began when Trump was in office continues in the U.S. during the Biden presidency, although the pandemic has receded. It’s a different story north of the border. Last year, according to data released by IRCC (Immigration, Refugees and Citizenship Canada), 405,300 new immigrants arrived in the country. Roughly a third of them are of Indian origin. This was a big jump from 2020 when only 184,000 immigrants came to Canada. And these high levels of immigration will continue in the coming years, boosting the Canadian population, which is now close to 39 million. While this year it is accepting 432,000 immigrants, IRCC estimates that it will rise to over 450,000 by 2024. Again, Indians will likely be the biggest beneficiaries. Meanwhile, Indian students are also making a beeline for Canada in huge numbers. About 225,000 Indians got student visas for Canada last year, making up half the total intake of international students.

Then there are work programs that account for substantial numbers. These temporary visas, designed to address labor shortages in various fields, drew 140,000 Indians to Canada in 2022. Canada wasn’t immune to mass resignations during the pandemic, leading to a rapid increase in demand for employees. South Asians, at 5.6 percent, form the largest visible minority in Canada, according to the 2016 census. If we go by nationality, the Chinese are Canada’s biggest minority. Results of the 2021 census haven’t been released yet. Indians, at just below 1.5 million, form 4 percent of Canada’s population. Reportedly, not only do Indians make up 30 percent of new immigrants since 2016, but 30 percent of all international students in Canada are from India. 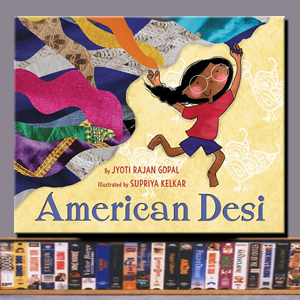 American Desi (Little, Brown), by Jyoti Rajan Gopal. Illustrated by Supriya Kelkar. This book, released in the summer, is ideal for the younger set during the festive season. The colors are bright—and so is the story, revealing with rhythmic grace how kids of South Asian heritage can be comfortably bicultural in this country. There’s no reason to stick to one possibility when so many rich possibilities are open to us. Kelkar is mostly a writer of children’s books (featured previously in Khabar), but here she displays her artistic talent in crisp drawings. Another title to keep in mind is My Patti’s Saris (Kokila), Gopal’s latest picture book. Art Twink is the illustrator. Patti, grandmother in Tamil, is getting ready for a party, and joining her as she performs her tasks is the narrator, who learns about his heritage even as he helps her. Patti’s sari collection, naturally, plays a role in the unfolding drama. Gopal, who has lived in several Asian nations, is a U.S.-based Kindergarten teacher. 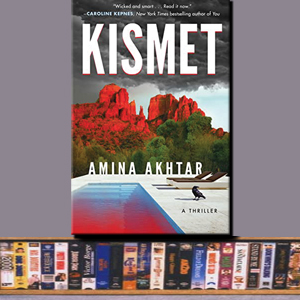 Kismet (Thomas & Mercer), by Amina Akhtar. If you’re in the mood for a thriller-cum-satire, you can turn to Akhtar’s new novel, which takes aim at the trendy wellness industry. Ronnie Khan, who lives in unfashionable Queens, New York, is drawn to a fashionable guru, Marley Dewhurst, who is into detox sessions and juice fasts, not to mention yoga and mindful hikes. The world this Pakistani-American ends up in Sedona, Arizona, is a far cry from Queens, where “Hindus, Muslims, and Sikhs mixed in her neighborhood as if the fighting in their home countries didn’t exist.” Since the novel is a thriller, the reader is also sucked into the more sinister side of the wellness business. “Kismet is a page-turner populated by eerie ravens and people who aren’t what they seem in a perfectly unsettling desert setting,” notes crime writer Gigi Pandian. Akhtar, a former fashion reporter and editor, has worked for Vogue and Elle, among other publications. She took on that industry in #FashionVictim, her debut novel. 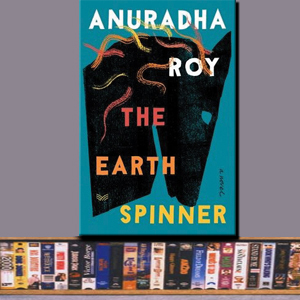 The Earthspinner (HarperVia), by Anuradha Roy. Roy turns to pottery, love, fanaticism, and animals for a narrative that’s shaped in language that’s as malleable as clay. We hear the story mainly through the perspective of Sara, who has come to England from India on a scholarship. She and her sister had learned pottery as kids from Elango, an autorickshaw driver who used to take them to school. Elango, haunted by a dream, decides to make a terracotta horse that will be his greatest creation. But will he be able to gift it to Zohra, whom he loves but is unable to marry? “The wheel turns, I place a ball of clay on it, I cover the clay with both my hands, and if I close my eyes I have the planet spinning in my palms to the hum of a motor,” Sara notes when she rediscovers pottery in England. Roy has won the DSC Prize for Fiction, the Tata Book of the Year Award, and the Crossword Prize. 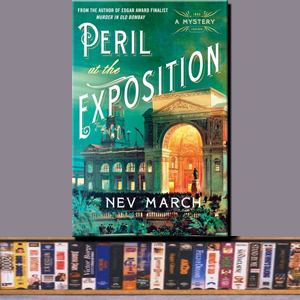 Peril at the Exposition (Minotaur Books), by Nev March. After a successful debut with Murder in Old Bombay, her award-winning mystery novel, March is back with a sequel. The main characters—Jim Agnihotri and Diana Framji—are the same, but the action has shifted from colonial India to America in the last decade of the 19th century. Captain Agnihotri, who’s with the Dupree Agency in Boston, heads to Chicago just as the World’s Fair is about to open. But when his murder investigation goes awry and he disappears, it’s up to Diana, his wife, to uncover the mystery. While the orphaned Agnihotri was raised in a Christian mission in Poona, Diana grew up in Bombay. As in March’s debut novel, the historical setting plays a role, but so do ancillary characters. At the World’s Fair, readers come across famous people like Edison, Tesla, and Nobel. Born into a Parsi family in India, March, who lives in New Jersey, switched to fiction writing after a long stint as a business analyst. March is the first Indian-born writer to win the MWA/Minotaur Books Award.