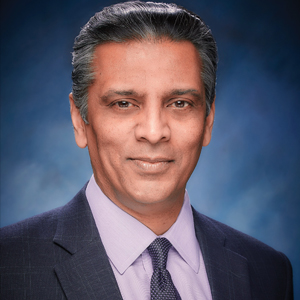 Raj Subramaniam takes over as CEO and president of FedEx from Frederick Smith, who founded the package-delivery company in 1973. Smith is now executive chairman. Based in Memphis, FedEx employs about 600,000 people globally and handles over 16.5 million shipments every day. Subramaniam, who has been with FedEx since 1991, was the company’s chief operating officer and the top executive of FedEx Express.

Falguni Shah, who goes by the stage name Falu, is a singer and songwriter known for her “Indie-Hindi” musical style. Falu won a 2022 Grammy Award for A Colorful World in the Best Children’s Album category. In 2018, she’d received a Grammy nomination for Falu’s Bazaar in the same category. Falu, who moved to the U.S. in 2000, has collaborated with A.R. Rahman, Philip Glass, Ricky Martin and Yo-Yo Ma, among others.

Manisha Sinha, whose The Slave’s Cause: A History of Abolition won the Frederick Douglass Prize, received a 2022 Guggenheim Fellowship. She teaches at the University of Connecticut. The other Indian-Americans among the 180 recipients this year are Prashant Jain (Chemistry), Shrikanth Narayanan (Engineering), Manjul Bhargava (Mathematics), Suparna Rajaram (Cognitive Science) and Jyoti Puri (Sociology).

Ricky Kej, born in North Carolina but based in Bengaluru since he was eight, won
his second Grammy Award. Kej and Stewart Copeland, who collaborated on the album Divine Tides, won in the Best New Album category this year. In 2015, Kej and Wouter Kellerman won a Grammy in the same category for the album Winds of Samsara. Kej, an activist for environmental causes, trained in dentistry before switching to music.

Earl Kenneth Fernandes, born to Indian immigrants in Ohio, is becoming the first Indian-American bishop. This month, the 49-year-old priest will be ordained as a bishop and installed as leader of the Catholic Diocese of Columbus. A native of Toledo, he studied biology and joined medical school, but then changed his mind and went on to earn a doctorate in moral theology from the Alphonsian Academy in Rome.

Sai Shanthanand Rajagopal, who received a master’s degree in South Asian studies at Oxford on a Rhodes scholarship, is one of the 30 Soros Fellows this year. The $90,000 award over two years will support his current education (MD at Harvard). The other Indian-American recipients are Syamantak Payra (PhD in engineering at Stanford), Rishi Goel (MD at UPenn) and Hari Srinivasan (PhD in neuroscience at Vanderbilt).

Deepti Gupta, an audiobook narrator and actress, received a 2022 Audie Award
for her narration of The Parted Earth, Anjali Enjeti’s debut novel. Gupta won in the Best Female Narrator category. A multilingual voice artist who can do various accents, the Indian-born Gupta is fluent in Hindi, Urdu and Punjabi besides English. In her weekly kids podcast (“Josh Ke Saath”), she and her son tell made-up Hindi stories.

Arooj Aftab, based in New York, became the first Pakistani-born female performer to win a Grammy Award. She won it this year for her song “Mohabbat” in the Best Global Performance category. Her eclectic work draws on Sufi traditions, minimalism, jazz and folk music. Aftab, who graduated from Berklee College of Music, released an album called Vulture Prince, which has six songs in Urdu and one song in English.

INDIAN CITIZENS LOOK FOR THE EXIT

For decades now, it’s largely middle-class Indians who sought to go abroad for better opportunities. The trend continues. Over a seven-year period ending in September 2021, according to the Indian government, 881,254 individuals renounced their Indian citizenship. Then there are those who go abroad for higher studies. After a pandemic-related drop in 2020, over 1.2 million nonimmigrant student visas were issued to Indians in 2021, representing a 12-percent increase from the prior year. Notably, there was a 12-percent jump in the number of Indian students coming to the U.S. India holds the second place, after China, for the number of students enrolled at American universities. But most Indian students going abroad head to other countries.

While these trends are not new, what may be surprising is the increasing desire of rich people to leave India. In 2019 alone, the Global Wealth Migration Review points out, 7000 Indian millionaires said goodbye to their native country. And 23,000 millionaires, according to Morgan Stanley, left India between 2014 and 2018. There are several reasons for this exodus, but the biggest reason is the easy passage offered to affluent migrants who invest heavily in the host country. Among all nationalities, a report by Henley & Partners notes, wealthy Indians show the most interest in the so-called golden visas. In 2020, there was a 63 percent jump in the inquiries coming from Indians, and that went up by 54 percent last year. It would be wrong to assume that most of them have North America as their preferred destination. Many rich Indians are actually interested in the golden visas offered by European nations like Portugal, Greece and Malta.

THE INDIAN DOCTOR: A TIMELY SERIES

This television series seems unremarkable at first, even if—unusually for a British drama—Sanjeev Bhaskar and Ayesha Dharkar play the lead roles. The Indian Doctor, initially shown on the BBC between 2010 and 2013, came to PBS in the U.S. recently. It is set in a South Wales mining village during the 1960s. While the series (three seasons, with five episodes in each season) seems like another British period drama, its timeliness becomes apparent in the second season. Dr. Prem Sharma (Bhaskar), who has come from Delhi with his reluctant wife, Kamini (Dharkar), is confronted with a contagious disease that hits the village unexpectedly. People have to stand six feet apart; there are quarantines and a lockdown; and getting the vaccine, whose availability is limited, becomes crucial.

Dr. Sharma faces resistance, not surprisingly. But the doctor and his wife make friends as they embark on a transformative adventure that’s also entertaining. The disease they have to deal is one word, which is deadlier than Covid. It no longer exists, fortunately, and is the only infectious disease to be eradicated. Sanjeev Bhaskar is getting better known in the U.S., thanks to Unforgotten and other shows. Ayesha Dharkar was in Star Wars, among other films, and the musical Bombay Dreams. The Indian Doctor was inspired by the experiences of Prem Subberwal, a physician who moved to Wales in the ’60s with his wife (also named Kamini) to work for Britain’s National Health Service.

The Immortal King Rao (W. W. Norton), by Vauhini Vara. The tech entrepreneur in this notable debut novel is so successful that he literally changes the way people lead their lives. His company has the same name as a fruit. If Steve Jobs and Apple come to mind, it makes sense. King Rao seems to have been inspired by Jobs—and given that the company, Coconut, is based in Seattle, he could have been modeled after Jeff Bezos and Bill Gates as well. King Rao is a Dalit, as is Vara, who was a technology reporter for The Wall Street Journal. Her insights on the uses and abuses of technology inform the novel, which is a blend of realism and fantasy. There are three timelines, with the first taking readers to King Rao’s early years in India. The second phase sees the birth of Coconut, while the third phase—a leap into the speculative future—involves King Rao’s daughter, Athena, as she grapples with the consequences of his legacy.

The Return of Faraz Ali (Riverhead), by Aamina Ahmad. This well-praised debut novel takes readers to Pakistan for a story that unfolds in the 1960s and the early 1970s, with a detour to the 1940s. At the center is Faraz, who is plucked from his mother in Lahore’s red light district by a powerful politician who turns out to be his father. But Faraz, who becomes a police officer and is dispatched to solve the murder of a child sex worker, becomes aware of his origins only later on. There’s pressure to cover up the crime, pushing him in a new direction. “Noir with a heart” is how Kamila Shamsie describes the novel. There are glimpses of the Bangladesh war, whose horrors Faraz witnesses, and his distant father’s involvement in the Second World War as a colonial soldier. Then there is Faraz’s sister, Rozina, an aging sex worker who has a daughter and her own struggles. Born and raised in London, the author has an MFA from the Iowa Writer’s Workshop. She teaches in California.

Kaikeyi (Orbit Books), by Vaishnavi Patel. The Ramayana is a never-ending source of inspiration for Indian writers, not unlike the Mahabharata. Now comes an Indian-American author, a young law student, who shows Queen Kaikeyi (Bharat’s mother and Rama’s stepmother) in a new light. Patel has reimagined her in this retelling of the story, revealing how Ayodhya’s queen was maligned and how she had to assert herself. In the kingdom of Kekaya, where Kaikeyi is the only royal daughter, boons play a big role. But she’s dismayed that her father didn’t make better use of the boon granted to him. Understanding the language of birds is wonderful, she thinks, but whimsical. For the young Kaikeyi, being able to cure illness is more worthy. She reads the sacred texts with her mother to find the magic power that will transform the lives of women. As Maya Deane notes, “the original epic becomes the gods’ version of the story, and Patel’s indelible debut goes to deeper places where the gods cannot follow.”

The Dying Day (Hodder & Stoughton), by Vaseem Khan. Fans of mystery novels became familiar with Malabar Hill and the detective Perveen Mistry, thanks to the author Sujata Massey. And now we have the Malabar House Series from Khan, a British Indian author was a management consultant in India for a decade. This is the second title in the series (the first one is called Midnight at Malabar), and we’re back in India, where the female detective Persis Wadia is roped in to solve a Da Vinci Code-type mystery. The missing manuscript, presumably solen from the Bombay Asiatic Society, is a 600-year-old copy of Dante’s Divine Comedy. What’s more, the British scholar and war hero who was consulting it is missing as well. Persis teams up with a forensic scientist, also an Englishman, to get to the bottom of it. And, yes, it’s a murder mystery. Set in the 1950s, the novel is “complete with atmospheric setting, intricate puzzle-solving and much derring-do,” according to Britain’s Mail on Sunday.​​