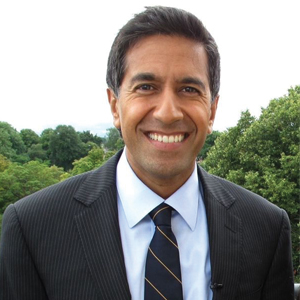 Dr. Sanjay Gupta, in his daily podcast (Coronavirus: Fact vs. Fiction), helps listeners keep track of a scary, invisible threat that has unsettled people and upended lives. In concise episodes, CNN’s chief correspondent provides advice, accurate information, and assurance. Saying that the “podcast turns out to genuinely be the best of the lot,” New York magazine adds that “it’s systematic and thoughtfully produced.”.

Anuradha Palakurthi, an Indian-American singer, won a 2020 Radio Mirchi Award in the independent music category for the song “Jaan Meri.” Some refer to these music awards as the Indian Grammys. The song is included in the album Jaan Meri, which was composed by Ustad Nishat Khan, who also won a Radio Mirchi Award. Manoj Yadav penned the lyrics, and the album was released by Juju Productions.

Sonia Syngal, who was instrumental in turning Old Navy into the nation’s second biggest retailer, has taken over as the CEO of Gap Inc. She was the CEO of Old Navy for the last four years of her 15-year stint at the company. The daughter of Indian immigrants, she grew up in Canada before moving to the States. Syngal received a graduate degree in manufacturing systems engineering from Stanford University.

Sethuraman Panchanathan (“Panch”) has been picked by President Trump as the 15th director of the National Science Foundation. He is Arizona State University’s chief innovation officer, and has been a National Board member since 2014. His six-year term at NSF is subject to Senate confirmation. As an independent federal agency, NSF funds a major proportion of government supported research at American universities.

Ganesh Balasubramaniam has received a 2020 National Science Foundation (NSF) CAREER Award for predictive laser manufacturing of multi-principal element alloys. He is an assistant professor of mechanical engineering and mechanics at Lehigh University in Pennsylvania. The prestigious NSF CAREER Awards, granted to rising junior scholars in various fields, is worth $500,000 each and is spread over five years.

Rishi Sunak is Britain’s new Chancellor of the Exchequer. He replaced Sajid Javid. Widely seen as the second most powerful cabinet position in the U.K., surpassed only by Prime Minister Boris Johnson, it is equivalent to treasury secretary or finance minister. Sunak, who is the son-in-law of Narayana Murthy, the founder of Infosys, grew up in Britain and studied at Oxford and Stanford, where he was a Fulbright scholar.

Seema Verma, who is a member of the Coronavirus Task Force assembled by Vice President Mike Pence, has been seen on TV with her colleagues at high-profile press briefings. Overcoming some negative publicity that dogged her in the past, she has become a forceful advocate of telemedicine. A protégé of Pence in Indiana, she is now the administrator of the Centers for Medicare and Medicaid Services.

Nikita Lalwani, the acclaimed British Indian novelist, donated her £10,000 prize money to a human rights organization. But that was over a decade ago. Gifted, her debut, was followed by The Village, and now we have You People, just published by Penguin. Set in a London pizzeria, whose owner employs migrants and helps people in need, the novel captures the current mood. It’s being adapted for TV in Britain.

FEAR OF “FOREIGN” IN THE AGE OF ANXIETY Calling the coronavirus a foreign (or Chinese) virus when the pandemic has already heightened irrational fears, leading to racist attacks on Asian Americans, is irresponsible, to put it mildly. But it’s not surprising that such inflammatory language, though used by President Trump, is often found in the speeches written by Stephen Miller, a senior policy adviser at the White House. His hardline anti-immigrant views have been well documented, an example being Jonathan Blitzer’s New Yorker profile (“Get Out”). Miller got “emotional,” according to a reporter quoted in the article, and when the discussion turned to H1-B visas, “he was talking so passionately that he actually wept.”

Despite revelations that, prior to the 2016 election, Miller had shared right-wing articles with the Brietbart website, he retains considerable power. In The Camp of the Saints, a racist French novel he recommended, poor and desperate migrants from India are heading to Europe. The graphic details are so offensive that it’s better to say no more. Of course, anti-immigrant sentiments are nothing new, as the scholar Erika Lee points out in a recent book titled America for Americans: A History of Xenophobia in the United States. The current period shares some eerie parallels with the America of a hundred years ago. The impact of the flu pandemic, eugenics, the First World War, and the rise of communism was felt in the 1920s, leading to the Emergency Quota Act of 1921 and the Immigration Act of 1924. In 1925, America’s intake of immigrants dropped by half. But memories are short. “It has been forgotten and erased, or taught to us as a series of mistakes,” Lee writes. “I am becoming convinced that this historical amnesia has left Americans ill-equipped to make sense of xenophobia today.”

TRUTH AND FICTION IN REALITY SHOWS Music and dance are well suited for reality shows on TV, and the same could be said about quiz programs. No wonder they are popular. But when a “reality” show ventures into other territory, giving us campy characters and manufactured events, the results are decidedly mixed. Reality gets muddied in the service of unabashed entertainment. There’s the daily drama, or soap opera, but there are also moments of candor and true vulnerability. When it comes to the top 10 Indian reality shows, music and dance rule, as expected. Here’s the list, according to Times Next: (1) Big Boss (2) Kaon Banega Crorepati (3) Indian Idol (4) Splits villa (5) Nacho Baliye (6) India’s Got Talent (7) Dance India Dance (8) Roadies (9) Super Dancer (10) The Voice.

Shifting to the States, the first Indian-American reality show, Family Karma, made its debut on the Bravo channel last month. Some will remember Keeping Up with the Guptas, a web series that appeared several years ago. Fox signed a deal to bring the series to TV, but for the Guptas, it went nowhere. The Grewals in the U.K. had better luck. About a decade ago, a British reality show focused on three generations of Grewals living in a five-bedroom house. The Guardian noted that “it was also home to 28 cameras, 37 microphones, several miles of cabling and a production crew hiding in the back garden.” As for Family Karma, the show is about seven youngish Indian-American friends and their relatives. Encompassing three generations, the characters navigate the space between tradition and modernity, not to mention reality and illusion, as they lead their Indian and American lives in Miami. Passage West (HarperCollins) – by Rishi Reddi. The long gap between Reddi’s debut story collection, published in 2007, and this novel could perhaps be explained by the time it must have taken her to research a vanished era and bring her immigrant saga to life on the page. Reddi, who has been a government environmental lawyer, uses fictional characters to tell the story of early settlers from India in California’s Imperial Valley. In 1914, a Punjabi migrant named Ram Singh, after escaping the nativist violence of Oregon, comes to a cantaloupe farm. Other settlers include his friend Karak, a young couple, and a soldier. While the conditions for these sharecroppers are far from idyllic (the novel has been called “Steinbeck-ian”), their lives are filled with drama. Ram Singh longs for his wife in Punjab, but things get complicated when he meets a captivating Mexican woman who took part in her native country’s revolution. Reddi won the L. L. Winship/PEN New England Award in 2008 for Karma and Other Stories. Think Like a Monk: Train Your Mind for Peace and Purpose Every Day (Simon & Schuster) – by Jay Shetty. Here’s a new book that seems to have been written for the disturbing, even surreal period we’re living through. Repurposing ancient wisdom for a modern audience is an honorable tradition, and Shetty, a former monk with a wide social media reach, has the knack for it. “Jay Shetty shows you step by step how to build your power, shifting your focus from self-image to self-esteem,” writes Deepak Chopra. When we’re anxious, meditation can help us become calm. So it’s no surprise that, in this book and his popular podcast (On Purpose), Shetty discusses the meditative techniques one could benefit from. He is philosophical, but also practical, as any modern guru must be to draw an audience. His videos, numbering over 400, have drawn five billion views. Shetty, who grew up in London, was bullied as a child—but then, at age 18, his life changed when he met a monk. What We Carry (Random House) – by Maya Shanbhag Lang. Becoming distant from one’s parents, while painful, is not unheard of among grown children. What seems very unusual is for a mother to distance herself from her child. But that’s exactly what happened to Lang, a novelist with a Ph.D. in comparative literature. Lang’s father and her mother, an accomplished physician, were immigrants from India, although their marriage didn’t survive. While her father was out of the picture, she continued to maintain ties with her moody mother, even if it was strained at times. Things got worse when Lang had postpartum depression after her own daughter’s birth. Her mother’s refusal to help shocked Lang, until she realized that her mother had Alzheimer’s disease. Her care became Lang’s responsibility, and it enabled her to untangle her mysterious mother’s past and their complicated relationship. As Mira Jacob notes, “Lang has created a gorgeous memoir about mothers, daughters, and the tenacity that grows between what is said and what is left unspoken.” Missed Translations: Meeting the Immigrant Parents Who Raised Me (HarperCollins) – by Sopan Deb. If the subtitle gives you pause, you’re not alone. Deb, a sports and culture reporter for The New York Times, knew his immigrant parents—but he didn’t really know them. In this memoir, he undertakes a journey to uncover their stories and understand his relationship with them. Growing up with parents who didn’t get along wasn’t a happy experience, and there was a complete break when he went to college. His father returned to India, and Deb lost track of his mother as well. During the 2016 election, Deb, as a CBS correspondent, was one of the few journalists to be embedded with the Trump campaign from start to finish. It made Deb question his status as a minority, and that led him to search for his father in India. The memoir, for which Hasan Minhaj wrote the foreword, was also inspired by Deb’s side gig as a South Asian standup comedian.