CEOs who are Child Executive Officers 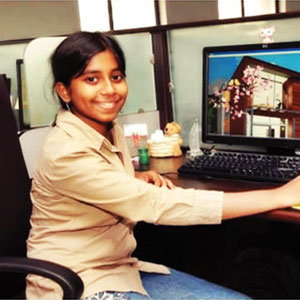 When U.K.-based Harli Jordean, dubbed the Marble King because of his obsession with marbles, became a CEO this year, he was just shy of his 9th birthday (no, that’s not a typo). Who did he replace? According to the website Business Pundit, it was Chennai-based Sindhuja Rajaraman, a 14-year-old CEO of an animation firm called Seppan. Reportedly, the National Association of Software and Service Companies still considers her the world’s youngest IT-related CEO. Inspired by her cartoonist father, Sindhuja turned her hobby into a fullfledged profession, even employing ten people who receive salaries.

But wait. Sindhuja has apparently been dislodged from the number two spot by two brothers in her hometown. Which shows such rankings are not constant. What’s true is all these CEOs are exceedingly young, making their achievements remarkable. The two brothers, Sanjay and Shravan Kumaran, run a mobile applications company named Go Dimensions. Their “Catch Me Cop” app had 10,000 downloads in 20 countries over two months, and the “Alphabet Board” app had 734 downloads in a week.

While 12-year-old Shravan is the president, Sanjay, who’s just 10, is the CEO. And yes, it was their techie dad who inspired them to start a company.