Home > Magazine > Desi World > Cheap and Accessible, but Is It Profitable?

Cheap and Accessible, but Is It Profitable? 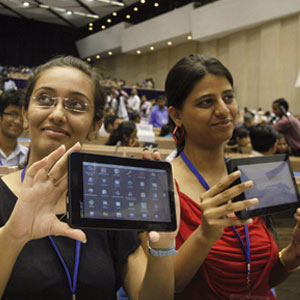 Here’s some good news for fans of simputers (simple inexpensive mobile computers): The Indian government is coming out with Aakash II. It will be sleeker and more efficient than the first version. The Aakash, an Indian Android tablet, has been hailed as a breakthrough because it’s affordable to the masses, selling for just $35 after government subsidies. Jointly developed by the Indian Institute of Technology in Jodhpur and U.K.-based DataWind, the tablet is manufactured in Hyderabad. 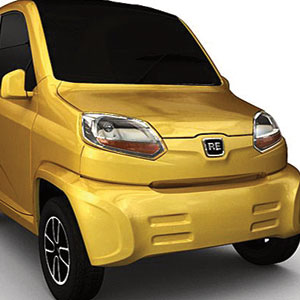 And for Indian car lovers, now there’s an even cheaper option than Tata Nano. Called RE60, this hatchback from Bajaj sells for less than $3000. Safety considerations aside, the question being asked is whether this closed, boxy four-wheeler—which seems to be an upgrade from the three-wheel autorickshaw—will make a profit for Bajaj. The Nano hasn’t caught on yet, despite the praise for its design features and low price tag. Bajaj, though, has said that it is offering autorickshaw operators a cleaner, comfier alternative. Whether it will take off remains to be seen.

Producers of these low-end Indian products adopt a “small is beautiful, cheap means accessible” approach. There are limitations, no doubt. “That is not to say that selling to the poor masses, and inventing ways to cut prices in order to appeal to them, is not vital,” points out The Economist. “It is, both from a moral standpoint and because India’s stability depends on it. But the big profits lie elsewhere.”