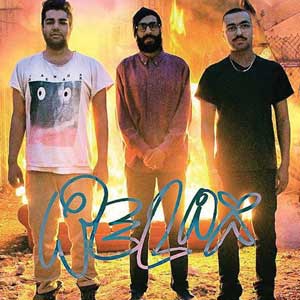 Yes, indeed, that’s his real name. No surprises if you don’t know that he is a rap singer. Even his fans know him only as BlaaZe. Although born in India, he grew up in Zambia and later studied in Britain and the U.S. He has sung for Indian films and worked with the likes of Shankar-Ehsaan-Loy and A. R. Rahman. One of his most popular songs, “Gangsta Blues,” is from Slumdog Millionaire, for which he also co-wrote “Dreams on Fire.” Around the same time, he was chosen as MTV’s Youth Icon in India. BlaaZe calls his recent debut, Time for Gandhi, a ‘protest’ album. Rapping against injustice, he pleads for social changes and extols Gandhi as an inspirational figure who is worth following.

And then we have Das Racist, a rap group that includes Heems and Dap. Their families know them as Himanshu Suri and Ashok Kondabolu, respectively. Kool A.D.—otherwise called Victor Vazquez—rounds out the group and makes it more multicultural (he is of Afro-Cuban-Italian heritage). Das Racist’s debut album, Relax, was released in September, just like Time for Gandhi. Their musical style, not unlike the group’s name, isn’t everybody’s cup of tea. But you cannot ask for a better example of how second generation Indian-Americans break stereotypes as they range far from traditional careers.