Four Guggenheim Fellowships and a Pulitzer Prize in 2011 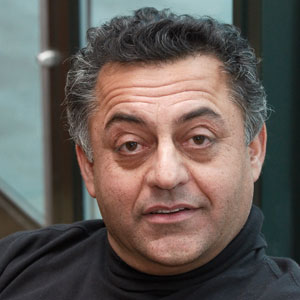 Known for the Valiant-Vazirani theorem, Vazirani focuses on algorithmic problems in mathematical economics and game theory, design of efficient exact and approximation algorithms, and computation complexity theory. The other three Indian-American fellows are Ananya Chatterjea, Sanjay Subrahmanyam and Arun Agrawal. Chatterjea, a choreographer, is an associate professor and director of dance at the University of Minnesota. She trained in the Odissi style of dance, but has become notable for shunning commercialization and opting for a creative fusion of art and activism. Subrahmanyam, who holds the Doshi Chair of Indian History at the University of California, Los Angeles, was elected to the American Academy of Arts and Sciences. After writing about the Mughals and the Portuguese in South Asia, he is taking on the French colonial experience in India. Agrawal, a scholar at the University of Michigan, focuses on the politics of international development, institutional change, and environmental conservation.

As Khabar noted in February, The Emperor of All Maladies: A Biography of Cancer by Siddhartha Mukherjee has attracted wide praise. And now he is the recipient of the 2011 Pulitzer Prize in general nonfiction for this debut book, which the Pulitzer committee describes as “an elegant inquiry, at once clinical and personal, into the long history of an insidious disease that, despite treatment breakthroughs, still bedevils medical science.”