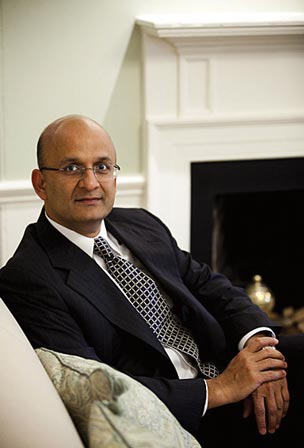 Two scholars who grew up in India have made history at Harvard, one of the world’s most prestigious universities. Gita Gopinath, now a full professor of economics, became the first Indian American woman to win tenure for this position at Harvard, where only two other women have gained tenure in the economics department. Earlier, after receiving her Ph.D. from Princeton, she taught at the University of Chicago.

Another record was set when Nitin Nohria became the first Indian American dean of Harvard Business School. Along with his colleague Rakesh Khurana, he has earned a reputation for stressing corporate ethics and promoting the idea of a Hippocratic Oath for business leaders. Nohria, who studied at IIT-Bombay, got his Ph.D. from MIT before he joined Harvard. Numerous well-placed Indians—including Ratan Tata and P. Chidambaram, to give just two prominent examples—have attended Harvard Business School, where about 12 percent of the faculty members are said to be of Indian origin.

Incidentally, the most distinguished Indian at Harvard is Nobel laureate Amartya Sen, who teaches economics and philosophy.

In related news, Harvard is stepping up its Indian link through a generous donation of $5.2 million from Infosys founder Narayana Murthy and his wife Sudha. This gift will fund a dual-language series dubbed the Murthy Classical Library of India. Sheldon Pollock, a Sanskritist and classical scholar at Columbia University, is overseeing the series, which will feature translations from Indian languages. Each book in the series will have the original classical text on one side and the English version on the opposite page.

A recent Foreign Policy article by Sudip Mazumdar is titled “Will There Be an Indian Harvard?” Given the challenges in India, many would say that it won’t happen anytime soon. But in the meantime, happily, India seems to be coming to Harvard in a big way.