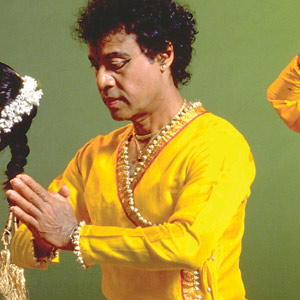 It’s that time again. As another year winds down, the holidays allow us to hit pause so that we can relax and reflect. And remember. In this roundup, Khabar offers an appreciation of a dozen individuals who died in the first eleven months of 2015. They all gained recognition for their contributions over the years.

WHO: CHITRESH DAS (Dancer)
WHEN he died: January 4, 2015 (Year of Birth: 1944)
WHAT: “As a solo performer, Mr. Das proved an uncommonly entertaining exponent of Kathak. His slashing rhythmic attack, electrifying footwork, dazzling turns and verbalizations, all accompanied by the ringing of the weighty bells he wore around his ankles, won him lifelong fans. He was also an extraordinary movement storyteller, with his expressive fingers evoking animal life and traditional deities.”—SFGate 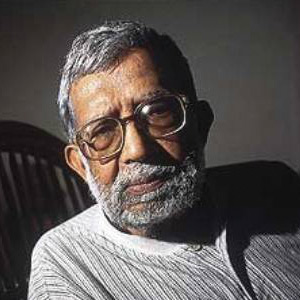 WHO: RAJNI KOTHARI (Political scientist)
WHEN he died: January 19, 2015 (Year of Birth: 1928)
WHAT: “He brought together many leading Indian intellectuals to formulate an agenda for India. He was more sympathetic now to the critique of the very idea of development. By the mid-1980s, Kothari had anticipated most of the key ideas that continue to dominate our democratic imagination today…His emphasis on a new brand of non-party politics led him to a unique research-cum-action project, Lokayan.” —The Indian Express 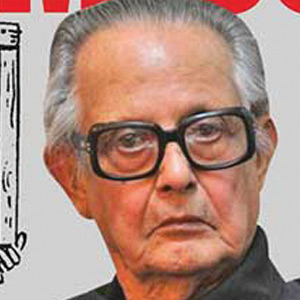 WHO: R. K. LAXMAN (Cartoonist)
WHEN he died: January 26, 1915 (Year of Birth: 1921)
WHAT: “His daily cartoon ‘You Said It’ had appeared on the front page of The Times of India for more than 50 years. Laxman, the brother of the late novelist R. K. Narayan, was renowned for holding up a mirror to Indian daily life and politics…known for his iconic ‘Common Man’ character, an eight-foot-tall bronze statue of which was unveiled in Pune in December 2001.”—BBC 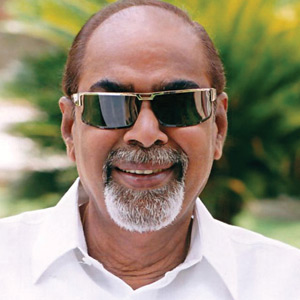 WHO: D. RAMANAIDU (Film producer)
WHEN he died: February 18, 2015 (Year of Birth 1936)
WHAT: “He went on to make the superhit Ramudu-Bheemudu with the late N. T. Rama Rao. His film production company Suresh Productions made about 155 films in 15 different languages [a Guinness World Record]. He produced movies in Telugu, Tamil, Hindi, Bengali, Oriya, Assamese, Malayalam, Tamil, Kannada, Gujarati, Marathi, and Bhojpuri. His famous Hindi films include the Rajesh Khanna-Hema Malini starrer Premnagar…”—Press Trust of India 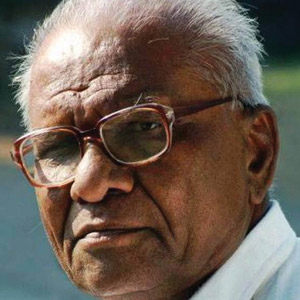 WHO: GOVIND PANSARE (Rationalist)
WHEN he died: February 20, 2015 (Year of Birth: 1933)
WHAT: “Pansare and his wife were shot at while they were returning from a morning walk on Monday. The attack was eerily similar to the shooting of rationalist Narendra Dabholkar [in 2013]…Pansare was known for his advocacy for rights of people from the lower most strata of society. Born on November 26, 1933 in Kolhar in Ahmednagar district, Pansare’s family lost its farm to moneylenders.”—Hindustan Times 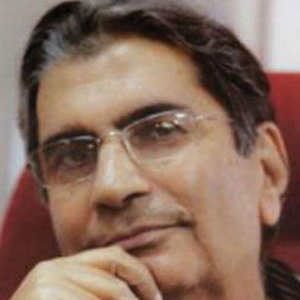 WHO: VINOD MEHTA (Editor)
WHEN he died: March 8, 2015 (Year of Birth: 1942)
WHAT: “Vinod was an iconoclast who brought a breath of fresh air into the fairly conservative world of journalism of the 1980s. He had an unconventional approach towards editing newspapers, brimming with ideas and shorn of any pomposity…During his eventful career, Vinod [of Outlook magazine] launched several publications, including a revamped Indian Post, The Business and Political Observer, The Independent, and The Pioneer.”—The Financial Express 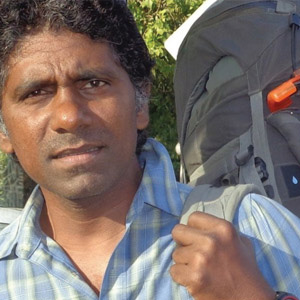 WHO: MALLI MASTAN BABU (Mountaineer)
WHEN he died: April 3, 2015 (Year of Birth: 1974)
WHAT: “Mr. Babu [who died while climbing an Andean mountain] was known as one of the world’s fastest summiteers. In just 172 days, from Jan. 19 to July 10, 2006, he climbed the world’s tallest peaks on seven continents…In 2008, he trekked from Everest to Kanchenjunga, covering nearly 680 miles of the world’s highest terrain in 75 days. As was the case with most of his adventures, he did it alone.”—The New York Times 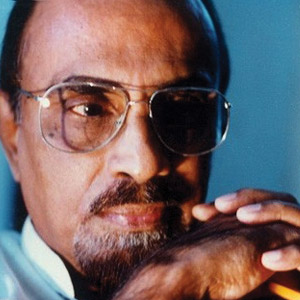 WHO: ABRAHAM ERALY (Historian)
WHEN he died: April 8, 2015 (Year of Birth: 1934)
WHAT: “‘In the beginning there was no India,’ wrote author Abraham Eraly in the opening line of his book Gem in the Lotus. For more than five decades, the acclaimed history chronicler blew the dust off manuscripts, heaved moth-eaten volumes, and scanned every vestige he could lay his hands on—all to tell a story of this country…Eraly, noted for his book Emperors of the Peacock Throne, was born in Kerala.”—The Times of India 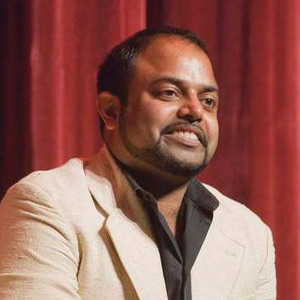 WHO: PRASHANT BHARGAVA (Filmmaker)
WHEN he died: May 16, 2015 (Year of Birth: 1973)
WHAT: “A native of the South Side of Chicago, Bhargava studied computer science at Cornell University and worked in music videos and commercials…Patang, Bhargava’s only narrative feature, followed six stories in Ahmedabad, India, during the country’s largest kite festival, set amid a community reeling from a natural disaster and churning with religious conflict. It premiered at the prestigious Berlin Film Festival.”—Los Angeles Times 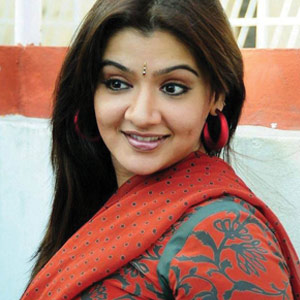 WHO: AARTHI AGARWAL (Actress)
WHEN she died: June 6, 2015 (Year of Birth: 1984)
WHAT: “Born and raised in New Jersey, Agarwal made her Bollywood debut at the age of 16 with the Hindi-language film Paagalpan, but after the film tanked she instead worked in Tollywood—the Telugu-language film industry…She starred in more than 21 Telugu films including the hits Nuvvu Leka Nenu Lenu, Indra, and Vasantham, and her popularity made her a household name among Telugu film aficionados.”—Time.com 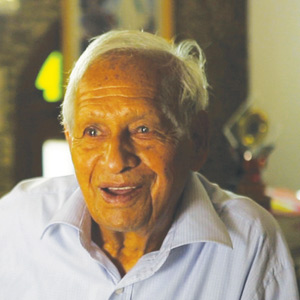 WHO: NEK CHAND (Visionary)
WHEN he died: June 12, 2015 (Year of Birth: 1924)
WHAT: “[He created the] Rock Garden of Chandigarh, a 25-acre environment in northern India that contains more than 2,000 statues. A combination of sculpture, architecture, and visionary landscape, the garden takes the form of a series of chambers and courtyards, with winding walkways suddenly opening out to large vistas and high waterfalls…Chand used broken crockery, iron foundry clinker, electric plug moulds, fluorescent tubes, bicycle frames, bottles, glass bangles, shells, cooking pots and smashed up bathroom fittings to create his wonderland.”—The Guardian 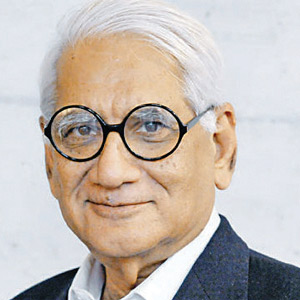 WHO: CHARLES CORREA (Architect)
WHEN he died: June 16, 2015 (Year of Birth: 1930)
WHAT: “Correa’s well-known works include…a Mahatma Gandhi memorial museum in Ahmedabad, Gujarat; the Champalimaud Centre for the Unknown in Lisbon, Portugal; the Brain and Cognitive Sciences Complex at his alma mater, MIT in Cambridge, Mass.; the British Council building in New Delhi; and most recently, Ismaili Centre in Toronto. He was also involved in urban planning and low-income housing in cities all over India.”—Architect magazine 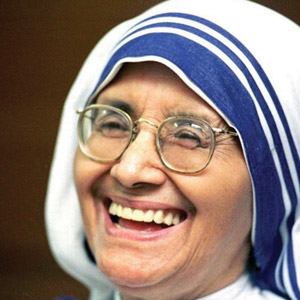 WHO: NIRMALA JOSHI (Nun)
WHEN she died: June 23, 2015 (Year of Birth: 1934)
WHAT: “Nirmala Joshi was an Indian nun who replaced Mother Teresa as head of the Missionaries of Charity. She was selected to lead the Roman Catholic charity six months before the death of its founder in 1997 and expanded the organization’s reach to 134 countries by opening centers in nations such as Afghanistan, Israel, and Thailand…She converted to Roman Catholicism after being educated by Christian missionaries and learning of Mother Teresa’s work.”—Independent 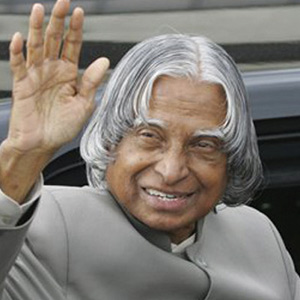 WHO: A. P. J. ABDUL KALAM (Scientist)
WHEN he died: July 27, 2015 (Year of Birth: 1931)
WHAT: “Mr. Kalam served from 2002 until 2007 as president, a largely ceremonial role but one that reflected the prominence he had attained…In the 1980s, he helped design the nuclear-capable Prithvi and Agni ballistic missiles. He played a crucial role when India tested its nuclear weapons in 1998. The test resulted in sanctions against the country but helped elevate Mr. Kalam to the status of folk hero in his country.”—The Washington Post 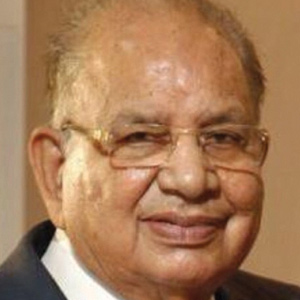 WHO: OM PRAKASH MUNJAL (Tycoon)
WHEN he died: August 13, 2015 (Year of Birth: 1928)
WHAT: “By 1975, Hero [founded by Om Prakash and his brothers, including Brijmohan Lall Munjal, who also died this year] had become the largest manufacturer of bicycles in India, with a production of 7,500 bikes per day. By 1986, when they entered the Guinness Book of World Records, they were producing more than 18,500 a day, accounting for 48 per cent of the Indian market.”—The Telegraph (U.K.) 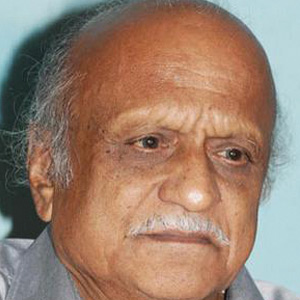 WHO: M. M. KALBURGI (Scholar)
WHEN he died: August 30, 2015 (Year of Birth: 1938)
WHAT: “[The murder] of the outspoken Kannada scholar, M. M. Kalburgi, is tragic and alarming. It is the first such instance in Karnataka, which has a tradition of free speech and a record of outspoken scholars and writers. Kalburgi, a Sahitya Akademi award winner and an authority on Vachana literature, was known for his sharp criticism and questioning of superstitious beliefs, and received a death threat from the leader of a fringe right-wing group last year.” —The Hindu 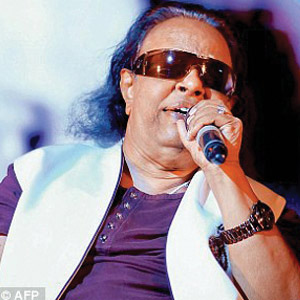 WHO: RAVINDRA JAIN (Composer)
WHEN he died: October 9, 2015 (Year of Birth: 1944)
WHAT: “Born of a classical music family in Uttar Pradesh, Jain was encouraged to sing religious songs. He started out as a songwriter working with Kishore Kumar in 1974’s “Chor machaye shor.” Despite being blind he had a flourishing career, composing music for more than 150 films in Hindi as well as regional languages.”—Variety 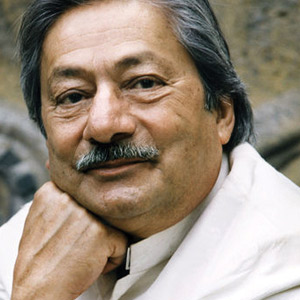 WHO: SAEED JAFFREY (Actor)
WHEN he died: November 15, 2015 (Year of Birth: 1929)
WHAT: “Jaffrey had more than 150 films to his name, which included classic Indian movies such as Satyajit Ray’s Shatranj ke Khiladi (The Chess Players). Television credits include Tandoori Nights, The Far Pavilions, and The Jewel in the Crown…Other film roles included Bonnie’s Pictures and The Deceivers—with Pierce Brosnan as a co-star. In the Millennium edition of the Guinness Book of Records, Jaffrey was named as the only Indian actor to appear in 18 international films. The actor also starred in over 100 films in India.”—Daily Mail