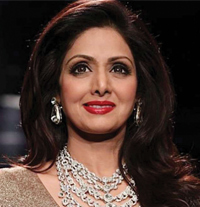 It’s that time again. As another year winds down, the holidays allow us to hit pause so that we can relax and reflect. And remember. In this roundup, Khabar offers an appreciation of a dozen individuals who died in the first eleven months of 2018. They all gained recognition for their contributions over the years.

WHO: SRIDEVI (Actress)
WHEN she died: February 24, 2018 (Born August 13, 1963)
WHAT:“Unlike the Kapoors, Sridevi did not come from a film dynasty. But like several of them, she was a true performer. Perhaps, she should have been called a one-woman industry—a genuine entertainer with a bagful of tricks. She could sing, dance, mimic, do slapstick comedy, turn on the tears as well as act her heart out. Obviously, the audience could not have enough of her: she played six double roles, which included ChaalBaaz and Lamhe.”—India Today 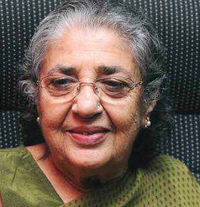 WHO: NARGIS RABADI (Actress)
WHEN she died: March 6, 2018 (Born April 24, 1929)
WHAT:“In a career spanning over five decades and over 400 films, Shammi [or Shammi aunty, as she was popularly known in recent decades] did everything from lead roles to character roles to bit-sized parts. Toward her later years, she replayed the garrulous granny over and over again. Shammi began her career in a character part in Sheikh Mukhtar’s Ustaad Pedro (1951) before making her debut as a heroine in Malhar.”—Hindustan Times 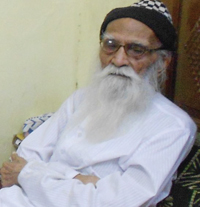 WHO: NASEEM MIRZA CHANGEZI (Activist)
WHEN he died: April 12, 2018 (Year of Birth: 1910)
WHAT: “He went on to take part in India’s freedom struggle. Having led an eventful life, Changezi was full of stories, which soon found a wide audience. The most captivating among them is the story of his encounter with Bhagat Singh, and his failed attempt to assassinate Lord Irwin. Although he was fond of repeating that the secret to his long life was to ‘eat less, sleep less, and talk less,’ Changhezi sahab loved talking.”—The Hindu Business Line 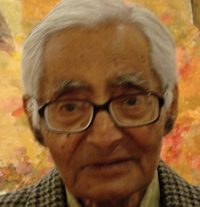 WHO: RAM KUMAR (Artist)
WHEN he died: April 14, 2018 (Born September 23, 1924)
WHAT: “[He was] immersed in the abstract canvases he pursued for the better part of his career. Distant from the clamor of auction houses and art galleries (where his paintings did, over the years, fetch crores of rupees), unseeking of the limelight Husain or Raza occupied with a natural panache, flaunting their mercurial styles and iconoclasm to the world, Ram Kumar is remembered chiefly for his reticence and an almost meditative engagement with his craft.”—Livemint 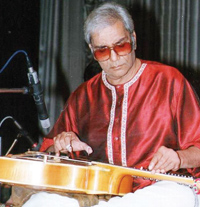 WHO: BRIJ BHUSHAN KABRA (Slide guitarist)
WHEN he died: April 12, 2018 (Year of Birth: 1937)
WHAT: “It was around 1968 that music lovers in India became aware of a new dimension of the Hawaiian slide guitar and a name that became inseparable from the instrument. A pioneer who modified the instrument to play classical ragas…Pt Kabra became a household name with the release of the vinyl record Call of the Valley, produced in collaboration with Pt Shiv Kumar Sharma (santoor) and Pt Hariprasad Chaurasia (flute).”—Firstpost 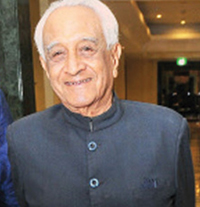 WHO: IDRIS HASAN LATIF (Air Force Chief)
WHEN he died: April 30, 2018 (Born June 9​, 1923)
WHAT: “[He] was perhaps the only Air Force officer associated with three different air forces and participated in several battles including World War II. He was associated with the Royal Indian Air Force, Royal Air Force, and Indian Air Force. He also trained pilots of the Indonesian Air Force. Latif is the only Muslim to have served as the head of any of the three wings of the Indian armed forces.”—The Times of India 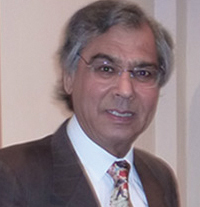 WHO: NARESH SOHAL (Music composer)
WHEN he died: April 30, 2018 (Born September 18, 1939)
WHAT: “[He] was one of the few Indian composers to make his mark in Western classical music; his works, blending the sounds of the Subcontinent with European harmonic traditions, were performed by the BBC Symphony Orchestra, the Israel Philharmonic, and the New York Philharmonic…While studying Maths and Physics at college he mastered a harmonica, but when a local musician refused to teach him Indian music on the instrument he went in search of a more open-minded approach.”—The Telegraph (U.K.) 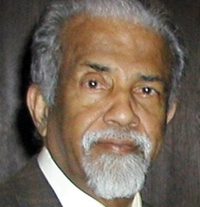 WHO: E. C. GEORGE SUDARSHAN (Physicist)
WHEN he died: May 13, 2018 (Born September 16, 1931)
WHAT: “Sudarshan was awarded the Dirac Medal in 2010...His numerous contributions to theoretical physics include the V-A Weak Interaction unification, symmetry groups in quantum field theory, the Sudarshan p representation, superluminal motion, spin and statics, quantum optical coherence, quantum Zeno effect, and the infamous tachyon, the particle that moves faster than the speed of light.”—Press Trust of India (PTI) 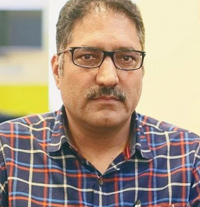 WHO: SHUJAAT BUKHARI (Journalist)
WHEN he died: June 14, 2018 (Born February 25, 1968)
WHAT: “His killing reinforces the fact that whether in Kashmir or the rest of India, the journalists who are the most vulnerable today are the ones who have rejected ideological labels and have held on to the importance of nuance and complexity. In today’s polarized times, those who dare to tell a story in textures of gray, instead of one-dimensional colors, are the first ones to be smeared, vilified, and targeted.”—The Washington Post 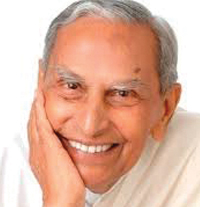 WHO: DADA J. P. VASWANI (Spiritual leader)
WHEN he died: July 12, 2018 (Born August 2, 1918)
WHAT: “A proponent of world peace, vegetarianism, girls’ education, compassion for the poor, among others, Sadhu Vaswani addressed the British House of Commons, Global Forum of Spiritual Leaders in Oxford, World Parliament of Religions in Chicago, Millennium World Peace Summit of Religious and Spiritual Leaders at the UN, and Parliament of World Religions in South Africa.”—Indo-Asian News Service (IANS) 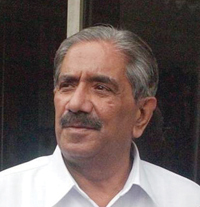 WHO: R. K. DHAWAN (Politician)
WHEN he died: August 6, 2018 (Born July 16, 1937)
WHAT: “The stenographer to the then Prime Minister Indira Gandhi rose to be one of the most powerful men in her durbar. As a personal assistant to the Prime Minister he attained unparalleled power and influence during the period of the Emergency. Widely known as the ‘door keeper’ of Mrs. Gandhi, Dhawan wielded the influence that many seniors in the Congress strived for.”—The Asian Age 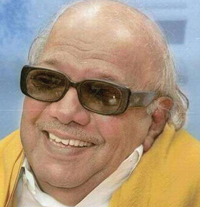 WHO: M. KARUNANIDHI (Chief Minister)
WHEN he died: August 7, 2018 (Born June 3, 1924)
WHAT: “In power or otherwise, he was a constant presence who shaped the modern political history of Tamil Nadu more substantially than any of his peers. All through his long career in cinema and politics, the five-time chief minister carefully managed his public image as a crusader of social justice. While his family and party members were sullied by sensational corruption charges, Karunanidhi managed to ensure that his personal reputation stayed unblemished.”—Scroll 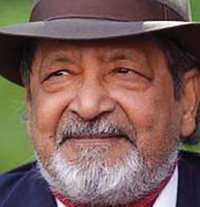 WHO: V. S. NAIPAUL (Author)
WHEN he died: August 11, 2018 (Born August 17, 1932)
WHAT: “In awarding him the Nobel Prize in Literature in 2001, the Swedish Academy described him as ‘a literary circumnavigator, only ever really at home in himself, in his inimitable voice.’ Yet his existential homelessness was as much willed as fated. Although he spent his literary career mining his origins, Mr. Naipaul fiercely resisted the idea of being tethered to a hyphen, or to a particular ethnic or religious identity.”—The New York Times 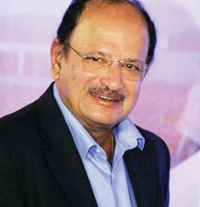 WHO: AJIT WADEKAR (Cricketer)
WHEN he died: August 15, 2018 (Born April 1, 1941)
WHAT: “His biggest achievement was when he took India to a series win against the formidable West Indies in 1971. Wadekar also served as the manager of the Indian team in the late 1990s. The legendary cricketer made his Test debut for India in 1966 against West Indies in Mumbai. He played 37 Test matches for India scoring 2,113 runs. He also represented India in its first-ever One Day International (ODI) game in 1974.”—New Delhi Television (NDTV) 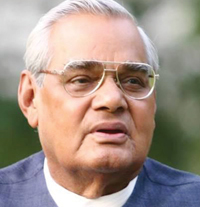 WHO: ATAL BIHARI VAJPAYEE (Prime Minister)
WHEN he died: August 16, 2018 (Born December 25, 1924)
WHAT: “Vajpayee was one of the founding members of the Hindu nationalist Bharatiya Janata Party (BJP), which currently governs India. Considered a giant of Indian politics, he served as prime minister three times between 1996 and 2004 and was instrumental in making India a global nuclear power. During his second stint as prime minister in 1998, he surprised the world by announcing that India had conducted a series of underground nuclear tests.”—British Broadcasting Corporation (BBC) 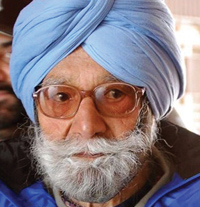 WHO: HARDAYAL SINGH (Hockey player)
WHEN he died: August 17, 2018 (Born November 28, 1928)
WHAT: “Singh was part of the Indian team that had won the gold medal in the 1956 Olympics in Melbourne. He was an inside forward for the Indian team which defeated Pakistan in the finals to win the gold medal. Before his stint in the Olympics, Singh joined the Sikh Regiment in 1949 and was part of the 1st Battalion. During his regiment days, Hardayal Singh continued playing hockey and was even part of the Sikh regiment’s hockey team.”—International Business Times 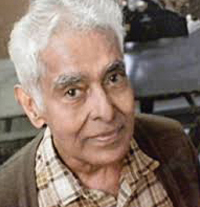 WHO: KRISHNA REDDY (Artist)
WHEN he died: August 22, 2018 (Born July 15, 1925)
WHAT: “Reddy is recognized throughout the world for his experiments in printmaking and especially for his mastery of intaglio printing, a form he often used to express his awe for nature…The artist was recognized with numerous awards, and his work is held in the collections of institutions such as the Metropolitan Museum of Art in New York, Tate Britain, the Kiran Nadar Museum in New Delhi, and M+ in Hong Kong.”—Artforum 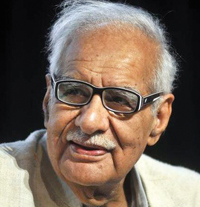 WHO: KULDIP NAYAR (Journalist)
WHEN he died: August 23, 2018 (Born August 14, 1923)
WHAT: “As editor of the Indian Express, and then through his syndicated columns, which were published in 14 languages in about 80 papers, Kuldip was a courageous spokesperson for press freedom as well as an important promoter of India’s secular tradition. He earned his reputation for courage in the 1970s when he was jailed for opposing the state of emergency declared by the then prime minister, Indira Gandhi.”—The Guardian 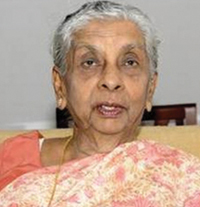 WHO: ANNA RAJAM MALHOTRA (IAS officer)
WHEN she died: September 17, 2018 (Born July 17, 1927)
WHAT: “Most Indians have heard about India’s first female IPS officer Kiran Bedi, but few know about the first woman IAS [Indian Administrative Service] officer of India. In an age when most Indian women didn’t even try getting into civil service, Anna Rajam Malhotra fought gender bias, stood her ground, and went on to become India’s first female IAS officer. She was also the first woman to hold a secretarial post in the central government.”—The Better India 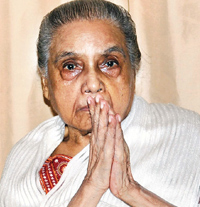 WHO: ANNAPURNA DEVI (Sitarist)
WHEN she died: October 13, 2018 (Born April 23, 1927)
WHAT: “As a surbahar (bass sitar) player, Annapurna Devi was hailed in the 1940s and 1950s as a virtuoso, in possession of a nearly singular musical sensitivity. But if outsiders knew her at all, it was most likely only as an accessory to the men in her life: as the first wife of a worldwide sitar celebrity, the late Ravi Shankar, or as the daughter of Allauddin Khan, a venerated master of the lute-like sarod whose students helped Indian classical music reach a much wider world.”— National Public Radio (NPR)