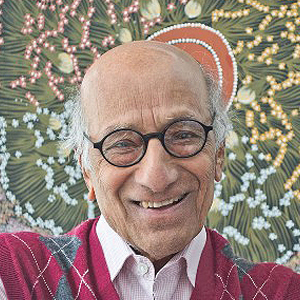 WHAT:​ “He was internationally recognized as a theorist for his research into the symmetry properties of fundamental particles and their interactions. He was also a scholar of the humanities, writing biographies of the Nobel laureate S. Chandrasekhar, and S.N. Bose. He was a fellow of the American Physical Society and . . . was the Steele Professor of Physics Emeritus at Syracuse University.” —Syracuse Post Standard 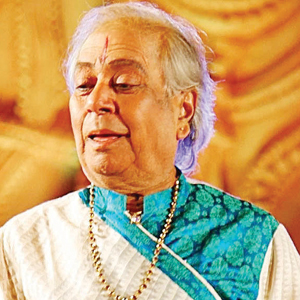 WHAT: “At 13, he began teaching Kathak at the Sangeet Bharati, an important school of performing arts. By his 20s he was nationally known as one of his country’s great dancers. He also practiced and performed Hindustani vocal music, composed new music, played multiple musical instruments, wrote poetry and painted. . . . He choreographed a number of dances for Indian films, starting with Satyajit Ray’s classic The Chess Players (Shatranj Ke Khiladi).”—The New York Times 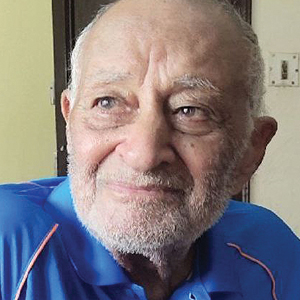 WHAT: “Captain of India’s 1964 Tokyo Olympics gold medal-winning hockey team . . . Charanjit was also part of the 1960 Games silver-winning and 1962 Asian Games silver-winning team. . . . Charanjit was an alumnus of Col. Brown Cambridge School, Dehradun and Punjab University. After his illustrious career in international hockey, he worked as the director of the Physical Education department in Himachal Pradesh University in Shimla.”—The Hindu 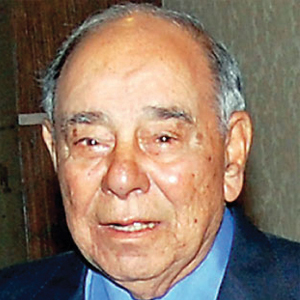 WHAT: “Byramji saddled over 3,000 winners in a career spanning six decades as he went on creating and smashing his own records. His stupendous achievements comprised 230 Classic successes, 29 of them Indian Classics run at the Mahalaxmi racetrack, of which 10 were Indian Derby titles. He also won a dozen Invitation Turf Invitation Cup trophies, besides numerous regional Classics at virtually every racing centre in India.”—Mid-Day

WHAT: “Her output was extraordinary—she is estimated to have recorded some 25,000 songs, which appeared in more than a 1,000 Hindi films, and she also sang in more than 20 different Indian languages. With an impressive vocal range, covering four octaves, she became massively popular with film directors for her ability to understand the context in which her songs would be used. . . . In 2001 she received India’s highest honour for civilians, the Bharat Ratna.”—The Guardian 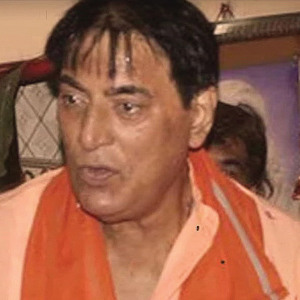 WHAT: “A discus-throw Olympian during his playing days, Sobti won as many as four medals at the Asian Games (two gold, one silver, one bronze) during his days as a track and field athlete. . . . One among the many characters in the TV series [Mahabharat], the 6-feet-6-inch tall Sobti, who hailed from Punjab, appeared in many movies after ending his athletics career. He acted in over 50 movies, including the 1987 Amitabh Bachchan blockbuster Shahenshah.” —The Times of India 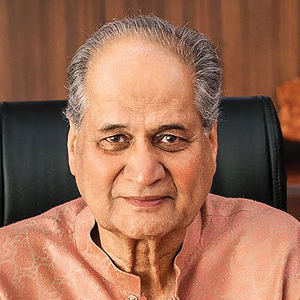 WHAT: “Known for his plain speak and a harsh critique of the government’s policies since the pre-liberalisation era, the Padma Bhushan awardee was a Harvard Business School alumnus. . . . He oversaw the successful transition of Bajaj Auto from the ‘Hamara Bajaj’ days through its popular Chetak brand of scooters to the World’s Favourite Indian—Bajaj now sells its motorcycles in over 70 countries.”—Business Standard 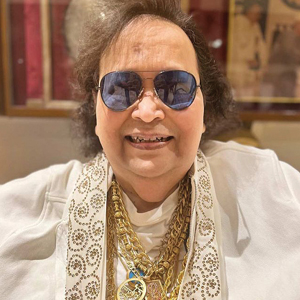 WHAT: “His music from the movie Disco Dancer introduced a new form of freeform dancing in Bollywood. It also turned actors like Mithun Chakraborty into icons, whose groovy moves to the bouncing synths immortalised him as a dancing legend. . . . Always seen sporting gleaming gold chains and bracelets, he was a style icon for many. His flashy velvet jackets and sequinned robes were also a trademark style.”—BBC 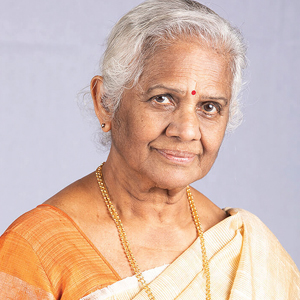 WHAT: “She was awarded Singapore’s prestigious Cultural Medallion in 1990 and the Public Service Star in 2016. Last year, Bhaskar was given the Meritorious Service Medal and inducted into the Singapore Women’s Hall of Fame. . . . Bhaskar was also known for her keen interest in other cultural art forms. One of her landmark works is The Butterfly Lovers, a definitive piece in 1958 infusing Chinese visual elements with Indian song and dance.”—Press Trust of India 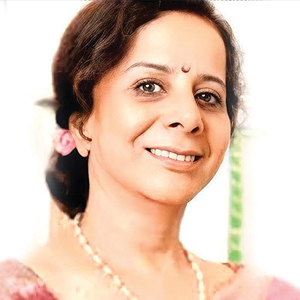 WHAT: “Known as a pioneer of television, Singh started her career with the first sponsored program on the small screen, Show Theme. Later, she went on to produce several well-known shows like Ek Kahani, Swaraj, and Adhikaar, among others. Her show Ek Kahani was based on literary short stories from several regional languages. Apart from television, she also starred in Hrishikesh Mukherjee’s Gol Maal, in which she essayed the role of Ratna.”—Silverscreen India 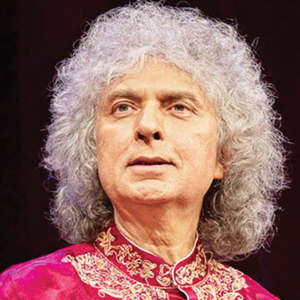 WHAT: “When he was just 17 years old, in 1955, Shivkumar Sharma debuted his santoor playing at a classical music concert in Mumbai. Over the ensuing decades, Sharma became the unquestioned master of the santoor as an Indian classical instrument; his son Rahul also became a noted santoor player, and they often performed together from the 1990s onward.. . . Sharma and Chaurasia wrote the musical scores to a number  of Bollywood films.”—NPR 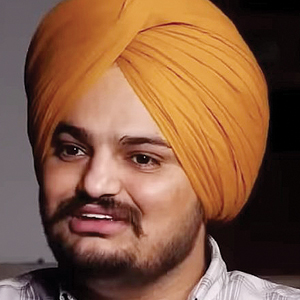 WHAT: “Moose Wala [who was shot in Punjab] found much success in the Punjabi-language rap scene after moving to Canada. He has performed to sold-out crowds in Winnipeg and Toronto, and was also an iconic figure in Surrey, B.C.—home to Canada’s second-largest South Asian population. . . . The rapper, who also had an acting career, had joined the Indian National Congress party last year after returning to his home country.”—CBC 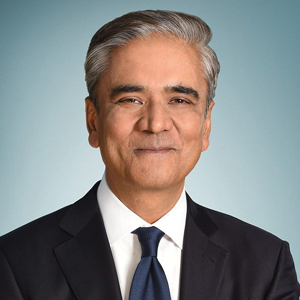 WHAT: “Anshu Jain, Cantor Fitzgerald’s president who was known for his time leading Deutsche Bank traders into the lender’s investment banking heights, died five years after being diagnosed with duodenal cancer. . . . Jain took the co-CEO position . . . alongside Juergen Fitschen. He overhauled the bank’s equities strategy and management after losses during the credit crunch in 2008. Jain was the first non-European to rise to the helm of the German firm.”—Fortune 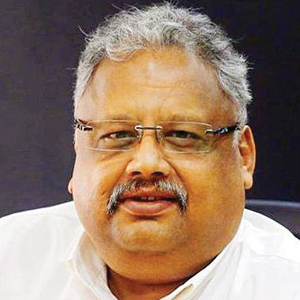 WHAT: “Billionaire investor Rakesh Jhunjhunwala, nicknamed ‘India’s Warren Buffett’ for his successful stock market bets, . . . went on to create the asset management firm Rare Enterprises, which invested in companies in the telecommunications, hospitality and financial services sectors, among others. He had an estimated net worth of $5.8 billion at the time of his death, according to Forbes, which called Jhunjhunwala an ‘investor with a Midas touch.’”—The Washington Post 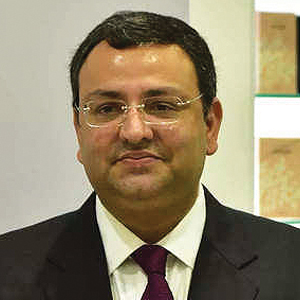 WHAT: “Cyrus Mistry became chairman of Tata Sons Pvt. Ltd., the parent company for India’s largest conglomerate, in 2012 amid expectations that he would improve performance of its vast collection of holdings, including the makers of Jaguar and Land Rover cars, steel and Tetley tea, and operators of luxury hotels such as the Pierre in New York and the Taj Palace in New Delhi. Four years later, Tata’s board ousted him for reasons that are still disputed.” —The Wall Street Journal 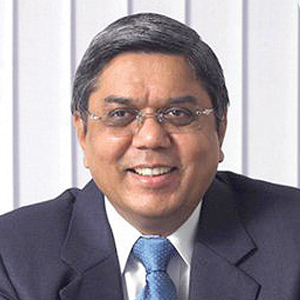 WHAT: “Tulsi Tanti is often called the pioneer of renewable energy and the ‘wind man’ of India. He founded Suzlon Energy in 1995 and the company now has 19.4GW wind energy capacity with a 33% market share in India. It’s present in 31 countries around the world, including R&D centres in Germany, Netherlands, Denmark, among others. . . . [He] never quite managed to tide over the debt concerns despite multiple restructurings.”—Business Insider India 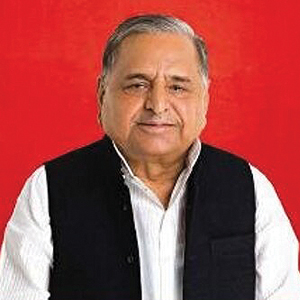 WHAT: “Notwithstanding his often controversial politics, Mulayam Singh transformed the political landscape of India’s most populous and politically significant State with his two calling cards: social justice and secularism. His rise in politics was viewed by lakhs of followers, especially among the Other Backward Castes (OBCs), as a source of great pride. . . . [His] Samajwadi Party gradually metamorphosed from a socialist party into a dynastic outfit.” —Frontline 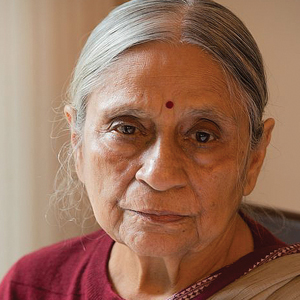 WHAT: “SEWA, the Self Employed Women’s Association set up by Ela Bhatt in 1972, has achieved something that no company, conglomerate, or perhaps even government has achieved in India—the creation of a truly effective employment support programme for women who are among the country’s poorest and most marginalised. Over 50 years, SEWA has built more than four dozen institutions for the poor and by the poor, and to empower poor women workers.” —The Indian Express 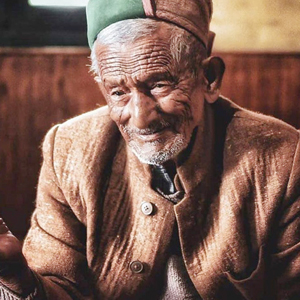 WHAT: “For he was not only very old, but the first person who had ever cast a vote in independent India. And since then he had not missed a single election, whether for the Lok Sabha (the lower house of Parliament), the state legislative assembly or the district panchayat. . . . When India’s Election Commission needed a brand ambassador to get the young to vote, he was the natural choice. A series of happy accidents had made him the first voter.”—The Economist 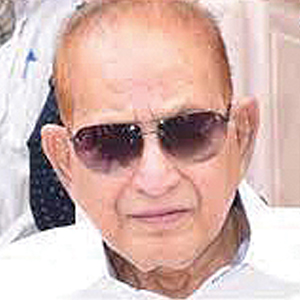 WHAT: “In addition to his own career as actor, director and producer over a period of some five decades and 350 films, Krishna is known as the father of current star Mahesh Babu. . . . Among Krishna’s many awards was a Filmfare Lifetime Achievement Award – South and a 2009 Padma Bhushan from the Indian government in recognition of a lifetime of contributions to the cinema industry. Like many Indian film stars, Krishna also went into politics.”—Variety