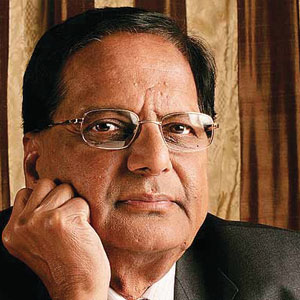 It’s that time again. As another year winds down, the holidays allow us to hit pause so that we can relax and reflect. And remember. In this roundup, Khabar offers an appreciation of a dozen individuals who died in the first eleven months of 2013. They all gained recognition for their contributions over the years.

WHO: KALLAM ANJI REDDY
WHEN he died: March 15, 2013 (Year of Birth: 1939)
WHAT: This turmeric farmer’s son founded Dr. Reddy’s Laboratories three decades ago and turned it into a pharmaceutical giant, becoming a billionaire in the process. The sprawling Hyderabad- based company, which generated over $2 billion in revenue last year, employs well over 16,000 workers. Reddy, who won the Padma Bhushan, was a reverse-engineering pioneer and a notable philanthropist.
WHAT else: “Reddy’s passion for research led Dr. Reddy’s taking up drug discovery research in 1993 and was the first pharmaceutical company in India to initiate basic drug discovery research. Reddy served as a member of the Global Alliance for Improved Nutrition, Switzerland, and the Prime Minister’s Council on Trade and Industry.” —Bloomberg News 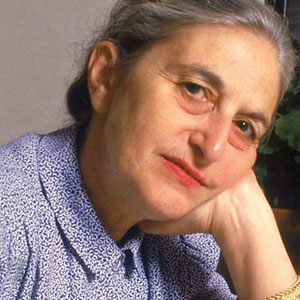 WHO: RUTH PRAWER JHABVALA
WHEN she died: April 3, 2013 (Year of Birth: 1927)
WHAT: The German-born, U.K.-raised Jhabvala was Jewish and she married a Parsi. As a “born outsider” and an author, she became a shrewd observer of India and the footloose Westerners who sought spiritual solace there. Her novels include the Booker Prize-winning Heat and Dust, and she adapted several literary classics for Merchant-Ivory films, winning two Oscars for her scripts.
WHAT else: “Her heroine was almost always herself: trapped in a cross-cultural marriage, tipping between the old world and the new, observing from the outside some bewildering place. And regularly, though she had ceased to live there in 1976, that place was India. Despite everything, she missed its holy songs, ‘pure like water drawn from a well.’” —The Economist 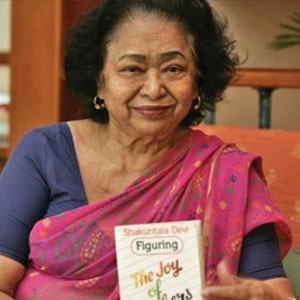 WHO: SHAKUNTALA DEVI
WHEN she died: April 21, 2013 (Year of Birth: 1929)
WHAT: A math prodigy with no formal schooling, Devi gained renown in the ’70s when, among other astonishing feats of computation, she calculated the 23rd root of a 201-digit number in under a minute. She wrote books on math and shared her passion widely, inspiring children. Devi won a place in the Guinness World Records when it took her just 28 seconds to multiply two randomly generated 13-digit numbers.
WHAT else: “Her phenomenal calculation skills could also help her tell the day for any date in the last century, and Devi was, in her personal life, quite interested in dates. She doled out astrology predictions and wrote a book called Astrology for You. When asked where she got her human computer-like gifts, Devi answered, ‘God’s gift. A divine quality.’” —Smithsonian Magazine 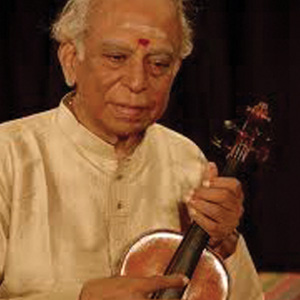 WHO: LALGUDI JAYARAMAN
WHEN he died: April 22, 2013 (Year of Birth: 1930)
WHAT: The grandson of a court musician, violinist Jayaraman developed a distinctive style dubbed Lalgudi Bani. He was a popular performer, often forming a trio with a flutist and a veena player. A Sangeet Natak Akademi fellow, Jayaraman won the Padma Bhushan and the National Film Award for music. His compositions include the ballet Jaya Jaya Devi, which premiered in the U.S., and the dance drama Pancheswaram.
WHAT else: “Jayaraman’s popularity took him across the world. In 1965, he played at the Edinburgh Music Festival on a request from world-renowned violin player Yehudi Menuhin. Along with M.S. Gopalakrishnan (who also died in 2013) and T.N. Krishnan, Jayaraman formed the famous violin trinity. He was also a noted composer, of varnams, kritis, and tillanas, and also an operatic ballet.” —Gopu Mohan (The Indian Express) 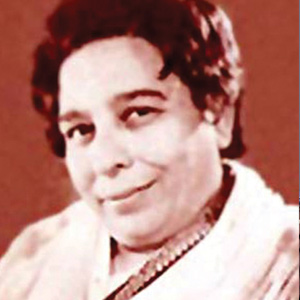 WHO: SHAMSHAD BEGUM
WHEN she died: April 23, 2013 (Year of Birth: 1919)
WHAT: A pioneering female playback singer in the Indian film industry, her heyday was the ’40s and ’50s. She had to overcome that era’s barriers, which included her family’s opposition to her career choice. She recorded over 1200 songs for Hindi films, though the total is higher if we include films in other Indian languages. Begum received the Padma Bhushan and the O.P. Nayyar award.
WHAT else: “For the post-1947 generation, she is a distinct voice, identifiable with the portrait of a middle-aged, plump lady on the dust covers of her long-play records and cassettes, a singer who entered the fray in the time of their parents’ childhood and excelled in the rendition of mischievous, flirty and juicy songs in her jarring voice.” —Sheraz Hyder (The Friday Times) 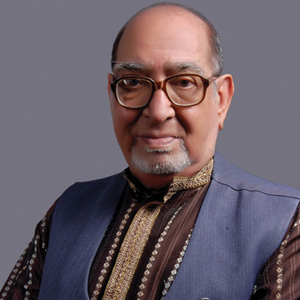 WHO: ASGHAR ALI ENGINEER
WHEN he died: May 14, 2013 (Year of Birth: 1939)
WHAT: After a two-decade career as an engineer at the Bombay Municipal Corporation, Engineer reinvented himself as an activist and intellectual focusing on interreligious relations, women’s rights, and progressive Islam. He won the Right Livelihood Award (aka the Alternative Nobel Prize), along with Swami Agnivesh. Engineer’s other honors included the Dalmia Award for communal harmony.
WHAT else: “In 1993, a year after the destruction of Babri masjid, he founded the Centre for Study of Society and Secularism….Engineer was also the founder of the Asian Muslim Action Network and the director of the Institute of Islamic Studies. He authored 65 books, papers and journals on Islam, communal problems in India and on the rights of Muslim women.” —Mugdha Variyar (Hindustan Times) 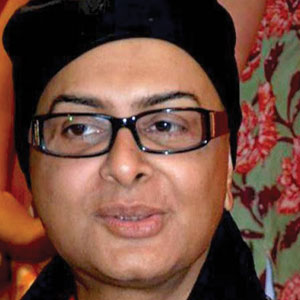 WHO: RITUPARNO GHOSH
WHEN he died: May 30, 2013 (Year of Birth: 1963)
WHAT: Ghosh made a smooth transition from ad writing to filmmaking, winning acclaim for movies like Chitrangada, Unishe April, Chokher Bali, Raincoat, and Dahan. Credited with reviving Bengali cinema—he edited a film magazine for some years—Ghosh was known for his screen adaptations of Tagore’s work. As an award-winning filmmaker, he made inroads for India’s LGBT community.
WHAT else: “In Rituparno Ghosh’s death, we lost someone who embraced his sexual minority not with an activist zeal but an almost matter-of-fact brazenness by just being who he was, with his Sunset Boulevard turbans, his flowing outfits, the kajal-rimmed eyes, the dangling earrings…It was Rituparno being Rituparno—erudite and articulate, just in a gender-bending salwar-achkan.” —Sandip Roy (Forbes India) 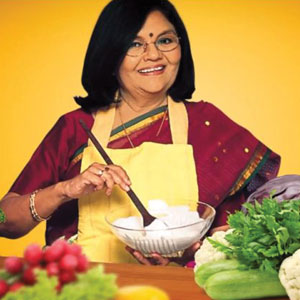 WHO: TARLA DALAL
WHEN she died: November 6, 2013 (Year of Birth: 1936)
WHAT: The first cookbook author to win the Padma Shri, Dalal made the preparation of regional Indian cuisine less daunting in countless urban homes. Her books sold more than 3 million copies over four decades, and even in the era before globalization, she promoted the idea of unity in diversity via Indian food. She was an entrepreneur, known for her ready-to-cook mixes and cross-cultural touches.
WHAT else: [She] “revolutionized everyday, non-fussy vegetarian cooking. With 170 cookbook titles to her credit—translated into many regional languages as well as Dutch and Russian—including the most famous The Pleasures of Vegetarian Cooking (her first book published in 1974, which was an instant best-seller), it would be safe to say that Dalal taught Indians how to hold a cookbook.” —Live Mint 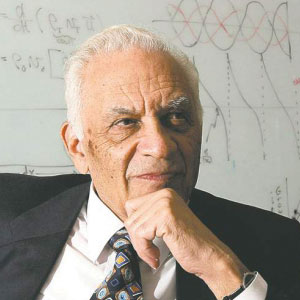 WHO: AMAR GOPAL BOSE
WHEN he died: July 12, 2013 (Year of Birth: 1929)
WHAT: Bose was a music buff who had his breakthrough when he realized that 80 percent of the sound in concert halls came to us indirectly rather than from the source. Earned his Ph.D. from MIT, where he instituted a teaching award. Bose, a household name, designed a portable stereo system that provides a concert hall experience. He became a billionaire and won numerous honors for his products.
WHAT else: “Company directors who pay themselves dividends get enjoyment out of the money, but I wouldn’t have that. It’s not that I’m a good person. I am just doing what I enjoy the most. I don’t want a second house, I have one car, and that’s enough. These things don’t give me pleasure, but thinking about great little ideas gives me real pleasure.” —Amar Gopal Bose (The Sunday Times) 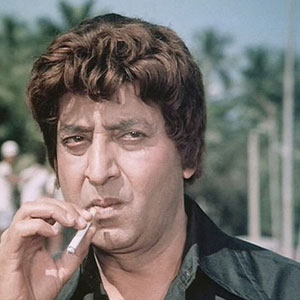 WHO: PRAN KRISHAN SIKAND
WHEN he died: July 12, 2013 (Year of Birth: 1920)
WHAT: The Bollywood villain that children were scared of was in reality a beloved star who appeared in more than 350 films over six decades. Pran’s most distinctive feature as an actor was his eyes. In the ’60s and ’70s, he had award-winning roles in films like Jis Desh Mein Ganga Behti Hai, Upkar, and Zanjeer. Pran’s other honors include the Padma Bhushan and the Dadsaheb Phalke Award.
WHAT else: “He turned the Hindi film villain into a human being, an accomplishment recognized in 2000 when he was named ‘villain of the millennium’ in the Stardust awards that garland the best efforts of the Indian film industry. He was such a good bad guy that during his most villainous phase, Indian mothers were said to be reluctant to name their sons Pran.” —The Guardian 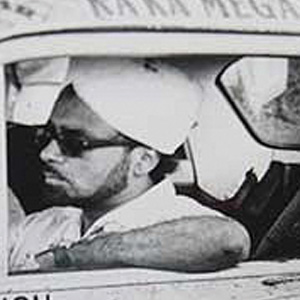 WHO: JOGINDER SINGH BHACHU
WHEN he died: October 20, 2013 (Year of Birth: 1932)
WHAT: Known as the Flying Sikh, like the ace sprinter Milkha Singh, Bhachu became famous for his exploits in the East African Safari Rally, which he won in 1965, 1974, and 1976. Furthermore, in another 10 of these rallies covering over 3000 miles of rugged terrain, he finished in the top 10. Bhachu completed 19 of the 22 rallies he entered in East Africa, setting a high bar for perseverance.
WHAT else: “It was his performance in the 1971 event, however, that truly shows the measure of the man. The race had been under way for only a few hours when Joginder’s Ford Escort had a gearbox problem which left him able to travel only in reverse. Deciding to return to his service crew, he drove backwards for three miles—using a screwdriver as the gear lever.” —The Telegraph-U.K. 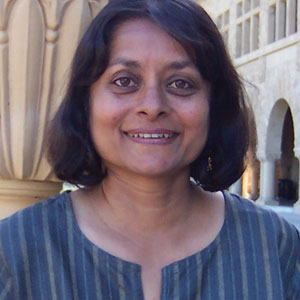 WHO: NALINI AMBADY
WHEN she died: October 28, 2013 (Year of Birth: 1959)
WHAT: A social psychologist who was a leading authority on nonverbal behavior and cross-cultural communication, Ambady gained fame when Malcolm Gladwell featured her work in his best-selling Blink. But her life had a poignant ending when, as a leukemia patient, she couldn’t find a compatible bone-marrow donor. It highlighted the dangers South Asians face because of limited availability and participation in the bone-marrow donor registry.
WHAT else: “Her findings are notable for upending long-held prejudices about the validity of first impressions. To make snap judgments, Professor Ambady found, people draw unconsciously on a series of nonverbal cues, including facial expression and body language—things a poker player might call “tells”—which determine their initial response to people and situations.” —Margalit Fox (The New York Times)