Indian-American Cinema, The Forest People, A Nation Divided, An Ode to Anycity 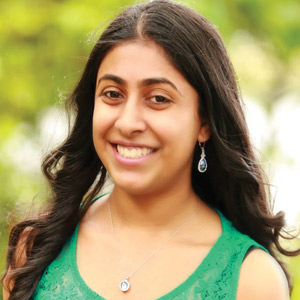 1. Deepika Kurup, whose honors include the Stockholm Junior Water Prize and the Young Scientist Challenge, was a finalist at the Google Science Fair. A clean water advocate, she participated at the White House Science Fair this year. When was this fair inaugurated? 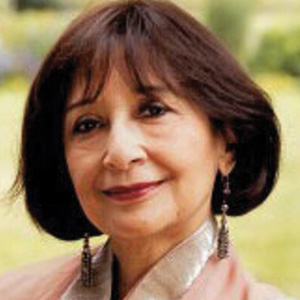 2. Madhur Jaffrey was nominated for a James Beard Award for Vegetarian India: A Journey Through the Best of Indian Home Cooking, her latest book. Raghavan Iyer, Tejal Rao, and Vishwesh Bhatt were also nominated this year. How many times did Jaffrey win this award? 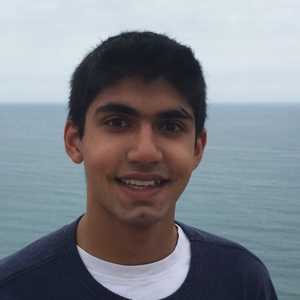 3. The Romanian Master of ‘M’ is a highly challenging competition for high schoolers. This year, not only did a U.S. team win the gold medal but one of the team members—Eshaan Nichani—got the highest score, winning an individual gold medal. What does ‘M’ stand for? (A) Music (B) Mathematics (C) Memory (D) Marketing 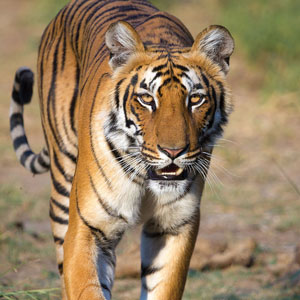 4. A recent report showed an increase in the world’s tiger population, which can be attributed to more sophisticated tracking and conservation efforts. The current worldwide estimate of tigers in the wildstands at 3,890. Which country, with an estimate of 2,226 tigers, holds the lead? 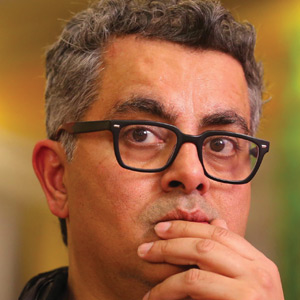 5. Writer and English professor Amitava Kumar; computer science professor Rajesh Rao; philosophy professor Anjan Chakravartty; and biochemistry professor Neil Garg were among the 178 recipients of the Guggenheim Fellowship in 2016. How many applicants were there? 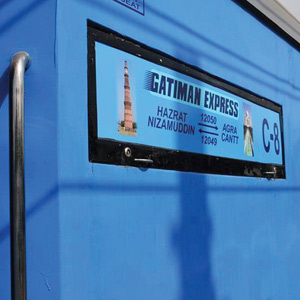 6. Want to visit the Taj Mahal? Take the recently introduced Gatimaan Express, India’s fastest train. Traveling between Delhi and Agra on strengthened rail tracks, and reaching a maximum speed of almost 100 miles an hour, the train covers the entire distance in how many minutes? 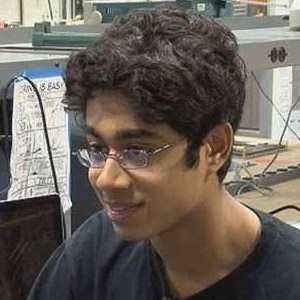 7. Mukund Venkatakrishnan, a 16-year-old high schooler from Louisville, was inspired to create a device that will help his grandfather in India. The project took two years, cost $60, and recently won first place at the Kentucky State Science and Engineering Fair. What is this device? 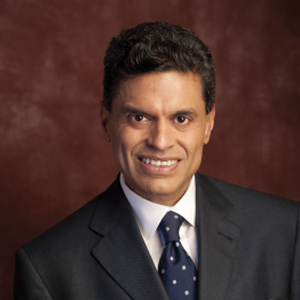 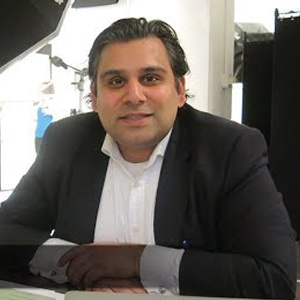 9. YogaSmoga, founded by CEO Rishi Bali and his sister Tapasya, has opened a dozen stores in the U.S. since its e-commerce site was launched in 2013. Now comes its first store in New York City. As a fast-growing business that cherishes authenticity, what does YogaSmoga focus on? 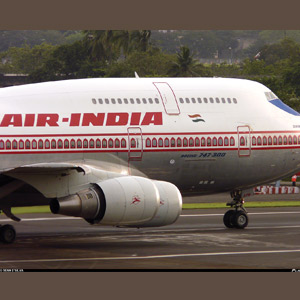 10. Air India, which is government-owned and the nation’s third largest commercial airline, turns 70 in July. To mark International Women’s Day earlier this year, an Air India flight operated by an all-female crew took off from Delhi and flew directly to which American city? 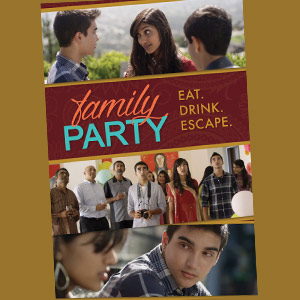 Family Party, Miss India America, and Uncommitted are three recent films from a category that didn’t exist in the last century. A clutch of films released in 2001 started a new trend, arguably. It involves Indian-Americans telling their stories on film through the lens of their experiences. Sure, there was Mira Nair’s Mississippi Masala back in 1991. But Nair grew up in India, and similar films from the ’90s—like Lonely in America (1990) and Chutney Popcorn (1998)—didn’t seem to belong to a distinct genre. While interesting, these films appeared inconsistently and the themes varied. Perhaps the time wasn’t ripe. And then, just as in writing, we saw a flowering of second generation Indian-American cinema. While 2001 also brought Nair’s Monsoon Wedding, a crossover hit, even more notable that year was the release of the following indie films: American Desi, Wings of Hope, ABCD, and American Chai. Similar movies came out in rapid succession, establishing a pattern. In 2003, for instance, we saw the release of Cosmopolitan, Flavors, Green Card Fever, Trade Offs, and Dude, Where’s the Party?

And now, there are enough such films to think in terms of an archive. It’s no wonder, then, that we have an NRI TV Film Club, which helps to bring together filmmakers and film fans. Launched by Tirlok Malik and his team, this online club is open to anybody for a fee. Whether you want to watch a long film like Arya (2004) or a short one like Samosa (2014), you can be part of a film community that relishes Indian-American and Indian dramas orcomedies. And if you’re an experienced—or perhaps aspiring—filmmaker, you can share your stories. 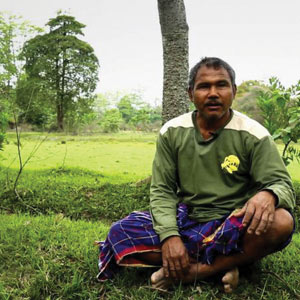 India’s first private wildlife sanctuary is called SAI, which stands for Save Animals Initiative. It deservedly got a lot of press lately because of the efforts of Anil Malhotra and Pamela Gale Malhotra, the owners, who had relocated to India from the U.S. many years ago. Painstakingly, after starting with just 55 acres of degraded land, they turned their Kodagu property in the Western Ghats of Karnataka into a thriving 300-acre sanctuary that teems with 300 types of birds and other wildlife, including elephants, deer, and tigers.

There are other such heroes of forests, few more impressive than Jadav Payeng. Working alone, starting in the late ’70s, he turned a barren island in the river Brahmaputra in eastern India into a lush tropical jungle. He planted trees on what was then a sandbar, after the floodwaters receded, and transformed it into 1,360 acres of greenery, earning the tag Forest Man of India. Ironically, though Payeng had been hired as a laborer for an afforestation project in Assam—where he belongs to the Mishing tribe—the government lost interest even when he didn’t. The arduous job of planting bamboo and other plants fell on his teenage shoulders. But it paid off after decades of work—and now Payeng, who won a Padma Shri last year, can take credit for creating the Molai Forest. There are even two documentaries about him, titled Forest Man and Foresting Life. 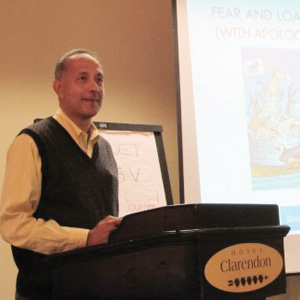 Why is the country so polarized? It’s a question on everybody’s mind this election year. The easy answer is that Democrats and Republicans disagree on issues. That’s also a nice way of putting it. More bluntly, Democrats and Republicans dislike—even despise—each other to such an extent that, often, they’re unable to stay in the same room and have a sane discussion about politics. If you think that’s an exaggeration, and only politicians whip up passions to push their agendas, Shanto Iyengar will tell you to think again. A winner of the Goldsmith Book Prize and the author of several works, Iyengar teaches political science at Stanford University, where he holds the Chandler Chair in Communication. The title of an influential paper he wrote as the lead author sums it up with startling effect: “Fear and Loathing across Party Lines: New Evidence on Group Polarization.” Social psychologist Jonathan Haidt, author of The Righteous Mind, noted that this paper by Iyengar would be his nomination for “news that stays news.”

While distinctions based on race, nationality, and gender still matter, what matters the most now is the gulf separating Republicans and Democrats, Iyengar’s research shows. And this division is not just among career politicians; it occurs to an astonishing degree among ordinary citizens, too, many of whom fiercely identify with their party and view the opposing side as enemies. The distrust seems almost visceral. While intermarriage between Republicans and Democrats was far from uncommon for a long time, Iyengar found that by 2012, 49 percent of Republicans and 33 percent of Democrats would be at least “somewhat unhappy” with that outcome. 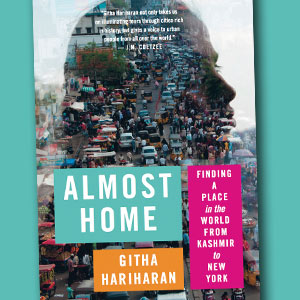 The world is becoming more urban. As the countryside shrinks and small towns shrivel, cities remain popular because they’re economic engines and culturally vibrant. Sure, that puts a strain on the infrastructure. But the challenges of pollution, congestion, and tension won’t stop a trend that is—ultimately—something to celebrate. Just ask Githa Hariharan, who, in her recent Almost Home (Restless Books), pays tribute to what we call the metropolitan life. Despite fashionable paeans to the ‘rural idyll,’ it’s cities that are ideal, not least because they’re usually melting pots where acceptance and tolerance come more readily. What makes a city ‘home,’ though? Seeking answers, Hariharan, whose debut novel won a Commonwealth Writers’ Prize, roams across the world, across time, and across perspectives. We visit New York twice, for example—first to the city of the ’70s, when she lived there, and then to the city of 2004 for a comparison.

Her far-ranging essays are personal, but also political, carrying us to places like Kashmir, Algeria, and Palestine, hardly seen as bastions of cosmopolitanism. She shows us how despair, fueled by oppression or fanaticism, is combustible. There are other unexpected detours, such as a visit with the Toda community in the cool hills of Ooty. It makes for an unusual book, giving the essays a diffused focus sometimes. But her preoccupations—history, poverty, landscape, post-colonialism, in addition to travel—keep the writing fresh and revealing. And compassionate. Chennai, Delhi, Bangalore, and—especially—Mumbai loom large, although her wanderings have also taken her to Manila, Tokyo, Washington, D.C., Copenhagen, etc. Hariharan notes that she would have many answers if somebody asked which city she was from.

Or, she adds, “I could say: Anycity, composite city of visible cities, remembered cities, imagined cities.”