Indian Passage to the Caribbean 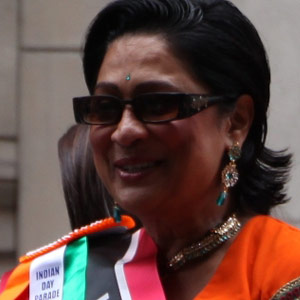 Trinidad’s Temple in the Sea is the legacy of one formidable Indian migrant. Its origin goes back to the year India became independent. When Seedas Sadhu built the first temple in the town of Waterloo, in 1947, South Asians in the Caribbean colonies were not permitted to build on cane land. So it was torn down and he ended up in prison for two weeks. After paying a fine, Sadhu decided to build his temple out in the sea—a feat he managed to achieve single-handedly, after building a causeway. But it took time and tenacity. Today, visitors to the Waterloo temple pay homage to an audacious individual who defied the odds of a very different era.

If you happen to be in Chaguanas, Trinidad’s largest borough and Nobel laureate V.S. Naipaul’s birthplace, which inspired his distinctive early fiction, you won’t be far from other attractions that will warm the hearts of Indian diaspora watchers. For Hindus, especially, there’s the Hanuman of Carapichaima, said to be the Western Hemisphere’s tallest Hanuman statue. Also in Waterloo, you’ll find the Indian Caribbean Museum, which opened in 2006. It is filled with artifacts that belonged to Indian migrants who came as indentured laborers to the Caribbean, starting in the 1840s and lasting till the early decades of the 20th century. The museum displays cooking utensils, agricultural implements, musical instruments, household items like footwear and lanterns, traditional clothing, sepia-toned photographs, old documents and books, and traditional art. Named this year as one of the “500 Sacred Places of a Lifetime” by National Geographic magazine, its computerized genealogical database also celebrates the Indian diaspora’s Caribbean legacy. Close to 150,000 Indian migrants settled in Trinidad and Tobago.