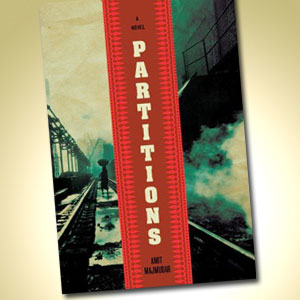 Not many Indian Americans have had their work published in The New Yorker. And when it comes to poetry, that number is even smaller. Vijay Seshadri is one such contributor. Another is newcomer Amit Majmudar, whose poem (“The Autobiography of Khwaja Mustasim”) appeared in a recent March issue of this prestigious magazine.

A 30-year-old diagnostic nuclear radiologist based in Columbus, Ohio, Majmudar is an award-winning poet and fiction writer, not just an occasional scribbler. He came out with a volume of poetry and his work has been included in The Best American Poetry 2007.

In the annual Katha Contest jointly sponsored by India Currents and Khabar, Majmudar won the first place twice (2004 & 2005) and the second place once (2006). His novella, Azazel, was serialized in Ohio-based Kenyon Review, and he has even penned a novel, to be released soon by Metropolitan Books. Titled Partitions, it revisits a theme that he had touched on in “The Troubles of Taqlif Hussain,” his prize-winning story from 2004.

In Partitions, the year is 1947 and the subcontinent has just been, well, partitioned. Hindus and Sikhs are fleeing from newly created Pakistan to India, while Muslims are desperately heading in the opposite direction. In a crowded train station, Shankar and Keshav—twin boys of Hindu descent—get separated from their mother. Then there is Simran Kaur, a Sikh girl who has run away from her father. Rounding out the list of main characters is Ibrahim Masud, an elderly and idealistic Muslim doctor. How do these four people come together—and survive—in this time of terror and tumult?

Majmudar’s poetic bent is apparent in the writing. Sample: “The trains are snippets of river, in motion even as they stand here in the station, drowning, taking on people as if taking on water. Every living body is a tiny collection of flow.”