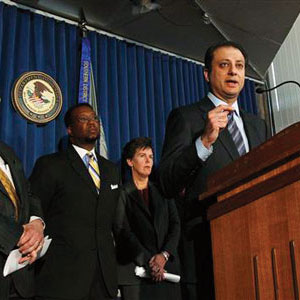 India is not the only country where 2G could stand for a big scandal involving money. In the U.S., too, we have a 2G scandal. But while 2G in India is short for second-generation telephony, here it refers to the Galleon Group, which is at the center of the biggest insider trading case to hit Wall Street—or, if you prefer, Greed Street.

Galleon’s founder, Raj Rajaratnam, who has been accused of amassing as much as $45 million through illegal trading, is a native of Sri Lanka. What has shocked Indian observers, perhaps more than anything else, is the stunning fall of Rajat Gupta, who had reached the highest echelons of corporate America. He headed McKinsey & Co. for a decade and was a director at companies like Goldman Sachs and American Airlines, institutions like Harvard Business School, MIT Sloan, and IIT in India, along with charities like the Gates Foundation. One of his recent achievements was to cofound the highly regarded Indian Business School (IBS) in Hyderabad. Another cofounder of IBS, Anil Kumar, was a senior partner at McKinsey. While Kumar pleaded guilty to charges of insider trading, and is cooperating with the prosecution, Gupta has been accused of passing illegal insider tips to Rajaratnam. Gupta is no longer the chairman of IBS.

Equally fascinating—though heartening—for Indian Americans is that Preet Bharara, the U.S. Attorney in Manhattan, is the federal prosecutor leading the case.