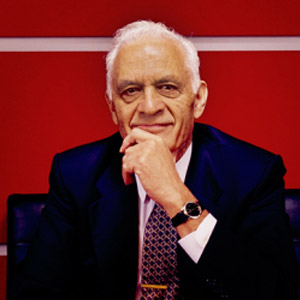 • Audio pioneer Amar Gopal Bose, a music buff, had his breakthrough when he realized that 80 percent of the sound in concert halls came to us indirectly rather than from the source. His innovative, critically acclaimed electronic products made him a billionaire, but material acquisitions had little appeal for him. “These things don’t give me pleasure, but thinking about great little ideas gives me real pleasure,” he once told The Times (U.K.). Bose died last month at the age of 83.

• India’s remittances from NRIs, totaling $69 billion, were the highest among all nations in 2012, according to a recent World Bank report. As MailOnline put it, “These remittances are nothing less than manna from heaven for the Indian economy, which is faced with a widening current account deficit (CAD).” The largest chunk went to Kerala, which got 27 percent of India’s remittances.

• Sri Srinivasan recently became the first judge of South Asian descent to serve on the nation’s second most important court, the U.S. Court of Appeals for the District of Columbia Circuit. The Senate confirmed him with a 97-0 vote. Earlier, he taught at Harvard Law School and was the Principal Deputy Solicitor General of the United States. “That an Obama nominee could be so quickly and completely embraced by Republicans is a testament to Srinivasan’s bipartisan credentials and collegiality,” noted USA Today.

• More and more Americans are choosing cremation over burial. In Georgia, the cremation rate went up from 17 percent in 2002 to 33 percent in 2011. “Several states already have cremation rates above 70 percent, and CANA (Cremation Association of North America) projects that if current growth rates continue, 1 out of 2 Americans will choose flames over dirt by 2017,” pointed out Time magazine.

• Amol Rajan, the 29-year-old editor of The Independent, is the first nonwhite to head a national newspaper in the U.K. As Hugh Muir wrote in the rival Guardian, “…I hope he doesn’t suffer from the frenzied expectations that greet the appointment of any minority to a powerful or high-profile position. He is one guy. He can’t achieve critical mass on his own.” Rajan is the author of Twirlymen: The Unlikely History of Cricket’s Greatest Spin Bowlers.