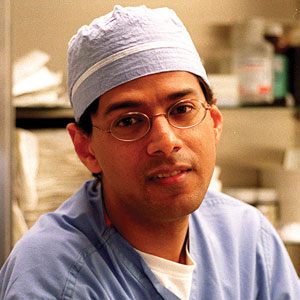 • Launched by Dr. Atul Gawande and others, the Better-Birth Project promotes safer childbirth practices, especially in developing nations. Every year, as Gawande points out in The New Yorker, 300,000 mothers and over 6 million babies perish around the time of birth. “Simple, lifesaving solutions have been known for decades,” he adds. “They just haven’t spread.” The Boston-based surgeon and author also heads Ariadne Labs, which finds ways to provide more effective care to people during the most vulnerable moments in their lives.

• The 1947 Partition Archive is the brainchild of Guneeta Singh Bhalla, whose grandmother migrated to Amritsar from Lahore. Bhalla, a physicist, became so obsessed with the archive that she gave up her postdoctoral research fellowship. “As much as the partition hangs over the politics and psyche of the Indian subcontinent, there is no memorial—digital or analog—to mark it,” notes Somini Sengupta in The New York Times. Managed by volunteers, this California-based project is the first of its kind.

• M. Night Shyamalan’s film career seems to have stalled, given his recent string of flops. But that hasn’t shaken his confidence. Concerned with the quality of education, Shyamalan has penned a book titled I Got Schooled. “When you say ‘ed reform’ my eyes glaze over,” he told Alexandra Wolfe of The Wall Street Journal. “I was going to have some provocative title like Sex, Scandals and Drugs, and then at the bottom say: ‘No, really this is about ed reform.’”

• With over 500 engineering colleges, Rangareddy district in the greater Hyderabad area has the world’s highest concentration of engineering colleges. At the time of independence, India had just 38 engineering colleges, which could accommodate 2500 students. “And the multiplier effect seen in Rangareddy was witnessed across the country as India came to become an engineer nation with its 3,800 campuses that have an annual student intake capacity of 1.7 million,” notes Hemali Chhapia in The Times of India.

• If you are an Indian citizen, an android app (mPassportSeva) will allow you to apply for a passport.