Other 'Indian' Heads of State 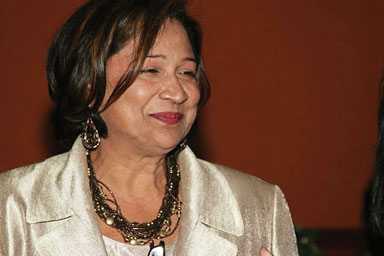 In May, a Caribbean newspaper had this arresting headline: TT’s FIRST WOMAN HEAD OF GOVERNMENT PRIME MINISTER KAMLA.

This announcement in Newsday would have come as a big surprise to many Indians, but not to the citizens of TT—short for Trinidad and Tobago—where 58-year-old Kamla Persad-Bissessar was widely expected to win in the 2010 general election. She takes over as the prime minister from the unpopular Patrick Manning, whose party was mired in corruption scandals. Prime Minister Kamla and the People’s Partnership gained 29 seats, giving them a huge margin over the main opposition party, which captured only 12 seats.

In Guyana, where the Asian Indian population is (as in TT) a little over 40 percent, Bharrat Jagdeo has been the president for a decade. He was preceded by the late Janet Rosenberg Jagan, who had been married to Cheddi Bharat Jagan, a founding father and president of independent Guyana.

In Fiji, right-wing nationalists staged a coup in 2000 and deposed the democratically elected government of Prime Minister Mahendra Chaudhry. In subsequent years, a number of Indo-Fijians left the country.