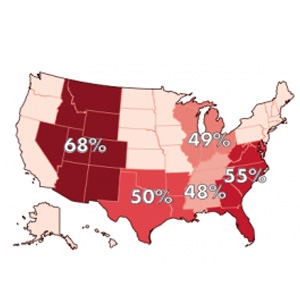 The word “affluent” is bandied about—too readily sometimes—when we talk about Indian-Americans. While it’s true they have one of the nation’s highest median incomes, what’s also real is the poverty we see in large pockets of the community. And the Great Recession made it worse, going by a report from the National Coalition for Asian Pacific American Community Development this year. Between 2007 and 2011, Asian American poverty rose by 37 percent, which was 10 percent higher than the general population’s growth in poverty. In terms of absolute numbers, only the Chinese (449,356) came ahead of Indians (246,399) among Asian Americans living in poverty. If we look at the larger group of Asian American Pacific Islanders, Indians form 17 percent of the AAPI population, and 13 percent of all AAPIs living in poverty. But their 2006-2010 aggregate poverty rate is lower (8.5 percent).