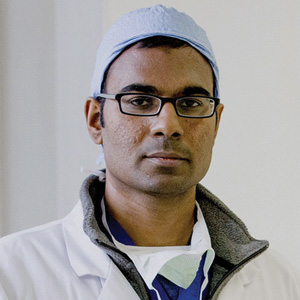 1. Paul Kalanithi, a Stanford neurosurgeon, wrote a memoir before his death at age 37 from metastatic lung cancer. Released posthumously as When Breath Becomes Air, it became a bestseller. Who’s the other Indian-American physician with a current bestseller about mortality?
(A) Abraham Verghese (B) Siddhartha Mukherjee (C) Atul Gawande (D) Sandeep Jauhar

2. Rayani Air (not to be confused with Ryanair), founded by a Hindu couple—their names are Ravi and Karthiyani—is an Islam-compliant airline that serves passengers going to Mecca, among other places. Prayers are recited, and alcohol or pork is not available. Where is it based?
(A) U.A.E. (B) Malaysia (C) Ireland (D) Pakistan

3. Remember Sanjaya Malakar, Shubha Vedula, and Anoop Desai? They all reached the final stages of American Idol in previous seasons. Now, in the farewell season, 20-year-old Sonika Vaid has made it to the final rounds. When did American Idol make its debut on FOX?
(A) 2015 (B) 2012 (C) 2010 (D) 2002

4. In his recent Reel World, Anand Pandian notes that though Indian cinema seems synonymous with Hindi-speaking Bollywood, most Indian films are made in regional languages. While Hindi retained the edge in 2011, with 206 films, which language came next that year, with 192 films?
(A) Tamil (B) Bengali (C) Telugu (D) Kannada

6. Also this year, former U.S. Ambassador Robert Blackwill received the Padma Bhushan—a rare honor for non-Indians. Some Indians, including three of the following, have famously refused this award for various reasons. And one recipient returned it last year. Who was it?
(A) S. Janaki (B) Vilayat Khan (C) Romila Thapar (D) P. M. Bhargava

7. The suicide of Rohith Vemula, a Ph.D. student from a disadvantaged background who faced discrimination at his university, triggered wide protests in India. His fellowship had been canceled and he’d been banned from his hostel and the library. In which city did this happen?
(A) Chennai (B) Mumbai (C) Hyderabad (D) Kolkata

8. Over 1000 participants, from India and 13 other nations, worked on various sections of a mammoth crochet blanket, which was then donated to charities. Measuring just over 120,000 square feet, it won a spot in the Guinness World Records. In which city was this blanket laid out?
(A) Chennai (B) Delhi (C) Kolkata (D) Mumbai

9. Amit Majmudar is an acclaimed, widely published poet, a novelist, and a practicing diagnostic nuclear radiologist. His Heaven and Earth won the Donald Justice Poetry Award in 2011. Recently, Governor John Kasich appointed Majmudar as the first poet laureate of which state?
(A) Indiana (B) Ohio (C) Illinois (D) Oregon

10. The pantry or dining car, a distinctive feature of long-distance trains in India, is being phased out and replaced by e-catering services, takeaways, and dial-a-meal options. Of the top four weekly passenger trains covering long distances in India, which one travels the farthest?
(A) Himsagar Express (B) Vivek Express (C) Navyug Express (D) Guwahati Express

WHO WANTS TO BE A GENIUS? 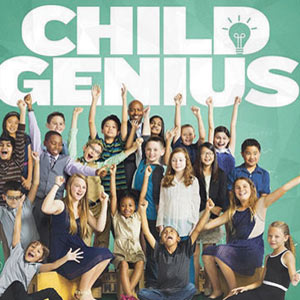 Are shows like Child Genius fascinating or a guilty pleasure or dismaying? Depends on the viewer, of course. Some love such reality TV shows, while others have mixed feelings. What’s clear, though, is that this show, airing on Lifetime for a second season, is very much in tune with the tenor of the times. And the formula is straightforward. Gather a bunch of contestants— super smart kids, in this case—and watch them experience highs and lows as they compete with each other while being filmed. Not everybody is going to be enthused by programs that seem tailor-made for Tiger Moms and Dads. But there are some redeeming, even admirable features. Twenty kids, aged between 8 and 10, took part in the first season, trying to win a $100,000 academic scholarship. The judges included a Jeopardy champ, a former astronaut, and a representative of co-sponsor MENSA. Subjects included math, geography, human anatomy, astronomy, zoology, arts, earth sciences; the contestants were also judged on things like memory and logic. Child Genius 2015 was none other than Vanya Shivashankar, the 2013 National Spelling Bee champ. The intensity of the competition was such that the final four contestants were given five minutes to answer 25 questions on 14 topics. The round was dubbed Sudden Death. In the final round, the remaining three contestants got 10 minutes to answer 50 questions on the same number of topics. Season two has only 12 contestants, two of whom are 10-year-old Vivek Abraham (Illinois) and 9-year-old Arnav Krishna (New York).

THE ROAD TO MANDALAY 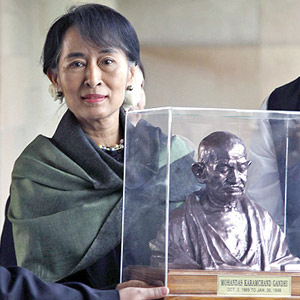 Mandalay is a major city in Myamnar (formerly, Burma)—and it’s also a word that has entered Western popular culture, thanks to Kipling and Sinatra. This year, if things go according to plan, we could be seeing the opening of a new road to Mandalay. Starting in Guwahati, Assam, this four-lane, trilateral highway will also pass through Vietnam and Cambodia, eventually, before ending in Thailand. While there’s no word yet on the inaugural date, what makes this road link between India and its neighbor significant is that Myanmar, considered one of the world’s most isolated nations since a coup in 1962, recently made a spectacular debut as a democracy. After Nobel laureate Aung San Suu Kyi’s NLD party won the election, capturing 86 percent of the seats, the military junta—which had long ruled the country with an iron grip—graciously ceded power. However, the plight of the Rohingya, a marginalized Muslim minority living in abject conditions, has cast a dark shadow on Myanmar, even damaging Suu Kyi’s reputation. India and Myanmar share historical and cultural ties, but the relationship is complicated. Although Indians thrived in Burma for a while, there were riots against them in the pre- and post-independence years, forcing many to flee. Helen, the Bollywood siren of yesteryears, is one of the best-known Indo-Burmans. The last Mughal emperor was exiled in Burma. Today, Indians and other minorities in Myanmar often lead precarious lives, facing suspicion and discrimination. Kalar is a widely used slur. Now that democracy is flowering in this breathtakingly lovely but tragically scarred country, one hopes things will get better for all communities under the new leadership. 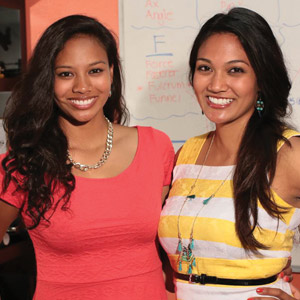 First came the Jawa sisters, as they like to call themselves. On the ABC reality show “Shark Tank,” Melissa and Lavanya Jawaharlal—mechanical engineers and founders of STEM Center USA, which does robotics coaching—snagged a $200,000 deal from Shark Lori Greiner to expand their program nationally. Melissa focuses on space exploration and has played a lead design role for satellites currently in orbit. Lavanya, who’s finishing up her degree at UC-Berkeley, has won robotics competitions. Known for inventing Pi-Bot, an affordable robot kit, their hands-on approach is meant to inspire interest in STEM careers among diverse students. Greiner made the winning offer when she asked for a 20 percent share of the company. And then there’s Shaan Patel, who also made a successful appearance on Shark Tank. He focuses on college test preparation. His start-up is called 2400 Expert because he—unsurprisingly—aced the SAT, scoring a perfect 2400. Shark Mark Cuban offered him $250,000 for a 20 percent stake in the company, which is already offering face-to-face SAT and ACT prep courses in 20 cities. There’s also a six-week online course. Patel, who grew up in his family-owned motel, didn’t start out as a high achiever—and his initial SAT score wasn’t impressive. But when tutoring turned things around, Patel saw an opportunity and embarked on an entrepreneurial path. To hedge his bets, and in case anybody doubts what he’s capable of, Patel is enrolled—simultaneously—in the medical program at USC-Los Angeles and the MBA program at Yale. 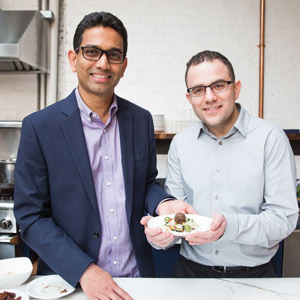 Carnivores craving meat alternatives won’t have to rely on fake-meat substitutes for long. A tantalizing, tastier option seems within reach. Say hello to Uma Valeti, a Tennessee-based cardiologist who, along with Nicholas Genovese and Will Clem, founded Memphis Meats. Dr. Valeti and his colleagues, who include Morgan Rease, a formulations scientist, were well aware that many nonvegetarians were troubled by the negatives associated with the traditional methods of meat production. Spotting an opportunity in the confluence of technology (as represented by Silicon Valley) and taste (as represented by Southern cuisine), they decided to launch a product that has little to do with the farming of animals. It has much to do with the farming of real meat cells in the laboratory. Although the founders have nothing to say about ahimsa (nonviolence), their method of meat production seems informed by that philosophy. Lab-grown meat may provoke skepticism, but the founders assert that they have found the right formula to make their meat appetizing and acceptable. Better health and sustainability are the two big reasons for launching Memphis Meats. Conventional meat production, the founders point out, takes a toll on the environment—enormous resources, including water, are needed—and there are health risks because of fecal matter, pathogens, and other contaminants. Greenhouse gas emissions and waste matter are concerns, too. Memphis Meats is not ready for commercial production, but in the meantime they’re working with innovative chefs to fine-tune their offerings. First item on the menu: meatballs.