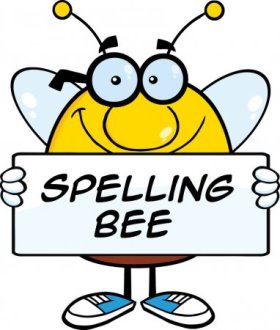 2. Amul Roger Thapar has been confirmed as a judge to the Sixth Circuit Court of Appeals, which serves Tennessee, Kentucky, Ohio, and Michigan. There are 13 courts of appeals. Who is the only other Indian-American judge appointed to a court of appeals, where he currently serves?
(A) Preet Bharara (B) Sri Srinivasan (C) Vanita Gupta (D) Neal Katyal

3. Iowa native Raja Chari, age 39, is among 12 people chosen by NASA for its 2017 Astronaut Candidate class. Selected from 18,300 applicants, these candidates will be ready for flight assignments after two years of training. So far, how many Indian-Americans have entered space?
(A) Two (B) None (C) One (D) Three

4. India recently joined the so-called Heavy-Lift Rocket Club after launching a communication satellite weighing over 3 tons. Only four other nations, including the U.S., have successfully launched “heavy” satellites. Which of the following countries is not in this exclusive club?
(A) China (B) France (C) Russia (D) Japan

6. Though the three grand awards of the Intel ISEF 2017 eluded them, Prathik Naidu, Adam Nayak, Rahul Subramaniam, and Karthik Yegnesh did win top prizes in individual categories. What’s the total in prizes distributed at this pre-college science fair, said to be the world largest?
(A) $4 million (B) $1 million (C) $100 million (D) $10 million

8. Jhumpa Lahiri has received, among other honors, the Pulitzer Prize, the PEN/Hemingway Award, the National Humanities Medal, and now the PEN Malamud Award. Lately, she’s drawn attention for writing in—and translating from—which language? She learned it as an adult.
(A) French (B) Spanish (C) Hindi (D) Italian

9. Like his father, who had moved from India in the ’60s, Leo Varadkar became a doctor. While that’s not unusual, his more recent achievement is noteworthy. Varadkar, who is gay and whose mother is European, has become the Prime Minister (known as Taoiseach) of which country?
(A) Portugal (B) Slovenia (C) Ireland (D) Netherlands

10. Kumail Nanjiani is a rare actor and comedian. Though he grew up in South Asia, he’s made swift inroads in the U.S. His role as Dinesh in the TV series Silicon Valley raised his profile, and he remains prolific. The Big Sick is a rom-com he co-wrote with his wife. Where was he born?
(A) Sri Lanka (B) Bangladesh (C) India (D) Pakistan

Many of his young Chinese fans simply call him Uncle Khan. That’s actor Aamir Khan, whose recent Dangal catapulted him to new heights, making him India’s top unofficial envoy to China. Thanks largely to his reach, Chinese interest in Indian films is growing. Here’s a revealing tidbit: Only one Chinese film—Farewell My Concubine—is ranked higher than 3 Idiots (listed at number 12) on Douban.com, a social networking site that reportedly draws over 40 percent of internet users in China every month. Khan’s Dhoom 3 and PK were also smash hits, and these days he’s so recognizable in China—where adoring fans greet him—that even President Xi Jinping has seen his latest movie.

Which begs the question: Why are the Chinese drawn to these films? Beyond Uncle Khan’s star power, it’s the stories involving Indians in a rapidly changing society that resonate with young viewers in China, where they face similar challenges. 3 Idiots was about competitive pressures in school, and rebelling against conventions to lead a more meaningful life. PK, with its satirical take on beliefs and superstition, tackles social issues. Dhoom 3 is an action thriller that’s also a buddy comedy. And in Dangal, based on a true story, a father (played by Aamir Khan) doesn’t let personal disappointment and societal disapproval stop him from training his daughters as wrestlers. With grit, they overcome gender prejudice and become wrestling champions. What clicked with the Chinese, in other words, was culture as much as cinema. 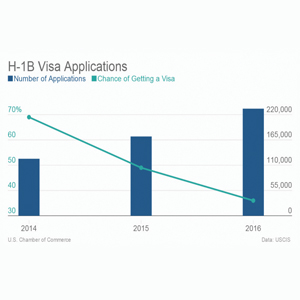 While only legislation can bring about lasting changes in the H-1B program, there’s no denying the chilling effect of Trump’s “Buy American and Hire American” executive order. Its call for an overhaul has caused consternation among Indians who fear they’ll be shut out by the Trump effect. However, the recent sharp decline in the number of H-1B visas issued to Indian companies has little to do with Trump, according to an NFAP (National Foundation of American Policy) report, which cites other reasons for the drop. For the top seven India-based companies, there was a 37 percent drop from 2015 to 2016 in the approval of H-1B petitions. The top three employers last year for H-1B petitions were Cognizant, Infosys, and Tata Consultancy Services (TCS)—all of which had over 2,000 approvals each—followed by Accenture, IBM, and Wipro.

The real reasons for the decline in H-1B petitions are advances in artificial intelligence and cloud computing, which have already reduced the need for large numbers of foreign and domestic workers, the report notes. What’s changing, then, is the nature of the economy, with rising productivity in recent years. The annual supply of H-1B petitions has been used up in the last 15 years, but U.S. companies are also hiring more locally, keeping the economy robust and the unemployment rate low. Still, although the demand for H-1B petitions hasn’t grown, nativist fears have. Why? Because, at least partly, while technological progress is creating jobs, it’s also killing them. Nevertheless, immigrants (including H-1B workers) are crucial for the U.S., the report says, because they play a key role in the dynamism and continued growth of the economy. 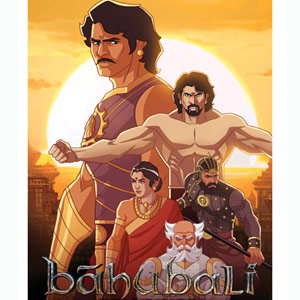 What else is there about S. S. Rajamouli’s Baahubali 1: The Beginning and Baahubali 2: The Conclusion, which became so popular that these “Mahabharata-cum-Ramayana meets Lord of the Rings” spectacles have become a blueprint for Indian fantasy films? Well, BBTB and BB2, as The Strong- Armed One: 1 & 2 (English translation) are now called, have spawned an animated series. Released on Amazon Prime Video by Graphic India (in partnership with the filmmaker), the series is called The Lost Legends and it takes us to an earlier period of the fantasy world envisioned by Rajamouli’s father, the story’s original creator. Call it a cartoon prequel, just as BB2 was the movie sequel. Why a comic-book format, though? As Rajamouli explained, “What we managed to showcase in the films was just the tip of the iceberg.”

BB2 earned over $120 million in only six days of its release in April—and is still going strong. There was a similar craze when BBTB came out in the summer of 2015, breaking box office records but also winning the National Film Awards for Best Special Effects and Best Feature Film. Originally made in Telugu and Tamil, the franchise has dubbed versions in Malayalam and Hindi— also a mega hit—as well as in Japanese, English, French, and German. The convoluted story follows the journey of Baahubali in the kingdom of Mahismati, where he’s found as a baby after his mother dies while crossing a turbulent river. Digital technology plays a big role, but so does studio filming. In fact, Hyderabad’s Ramoji Film City—the world’s largest film studio complex— accounted for 95 percent of the shooting, which took five years to complete. 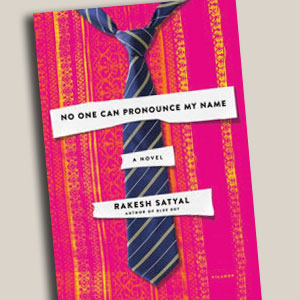 Whatever your plans this summer, there’s no shortage of novels to pass the time pleasurably. If you’re in the mood for a fat detective novel, check out Abir Mukherjee’s A Rising Man (Pegasus), which takes you back a century to colonial Calcutta. A corpse is discovered, of course. Since the victim was a senior British official, tensions run high and the local population is restive, putting pressure on a newly arrived Scotland Yard detective, Sam Wyndham, to solve the case quickly. Mukherjee won the Telegraph Harvill Secker award for the novel.

Rakesh Satyal, in No One Can Pronounce My Name (Picador), brings us back to familiar territory in his multigenerational exploration of immigrant families, love, and sexual identity.

S. J. Sindu is on similar ground in Marriage of a Thousand Lies (Soho Press), seen from the perspective of Sri Lankan immigrants. 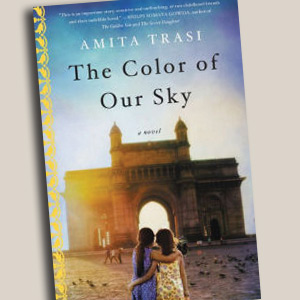 In a style reminiscent of The Kite Runner, Amita Trasi, in The Color of Our Sky (William Morrow), examines the cruel hierarchies of Indian society by charting the journeys of two girls, whose friendship through the ’80s and ’90s takes unexpected turns.

Diksha Basu’s debut, The Windfall (Crown), is also set in India. Described as a “comedy of manners for the globalized 21st century,” it centers on the lives of middle-class Delhiites and is about—what else?—wealth. As you’d have guessed, the novel’s lead characters see their incomes rise, unexpectedly, leading to complications and dislocations. It’s the story of middle-class urban India.

Finally, though it was published last year, Go Home (Knut House) by Sohrab Homi Fracis is worth a mention. In the late ’70s, when there’s a hostage crisis in Iran, a Parsi student tries to find his way in an America that’s riven by divisions. Sounds familiar.