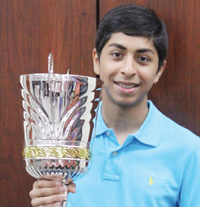 2. While India and Pakistan marked their 70th anniversaries of independence this year, Bangladesh—which used to be called East Pakistan before it broke away from Pakistan—still has a long way to go before its 70th anniversary. When did Bangladesh become independent?
(A) 1961 (B) 1971 (C) 1981 (D) 1991

3. Bhumika Sharma is the first Indian winner of the Miss World Bodybuilding Championship. The 21-year-old was picked from 50 bodybuilders around the world. Of course, there’s another Miss World competition that’s more famous. Who among the following has not won that title?
(A) Priyanka Chopra (B) Yukta Mookhey (C) Sushmita Sen (D) Aishwarya Rai

4. Krishna “Kris” Urs has been appointed as the United States’ next ambassador to Peru. Most recently, he served as the Chargé d’ Affaires of the U.S. Embassy in Madrid, Spain. Who among these Indian-Americans hasn’t served—or doesn’t serve—as a U.S.-appointed ambassador?
(A) Richard Verma (B) Shalabh Kumar (C) Nikki Haley (D) Vinai Thummalapally

5. Arun Netravali, a former Bell Labs president, won the distinguished Marconi Prize for his seminal work in the digital video technology used in cellphones and TVs. What’s the value of this prize, which has been awarded to two other Indian-Americans since its inception in 1975?
(A) $10,000 (B) $10 million (C) $100,000 (D) $100 million

6. Of the 16 million Indian citizens living abroad, about 70 percent are eligible to vote, notes The Economic Times. But according to the Indian Election Commission, less than 25,000 of them are registered to vote. Which Indian state has the highest number of registered voters living abroad?
(A) Kerala (B) Punjab (C) Gujarat (D) West Bengal

7. Neomi Rao, an associate law professor at George Mason University, has been picked to lead the nation’s Office of Information and Regulatory Affairs (OIRA), which is involved in reforming and implementing government rules and regulations. Where is OIRA headquartered? (A) New York (B) Philadelphia (C) Los Angeles (D) Washington, D.C.

9. In 2017, 38 individuals were picked by the Carnegie Corp. as Great Immigrants Honorees. Among them are two Indian-Americans: Vivek Murthy and Shantanu Narayen. While Murthy is the former Surgeon General, Narayen is the chairman, president, and CEO of which company?
(A) McAfee (B) Linksys (C) Corel (D) Adobe

10. Anand Giridharadas’ The True American and Marisha Mukerjee’s Again series are being adapted for film, as are The White Tiger, by Aravind Adiga, and Sacred Games. Adiga’s novel won the Man Booker Prize. Who wrote Sacred Games, a novel set in the Mumbai underworld?
(A) Vikram Chandra (B) Rohinton Mistry (C) Suketu Mehta (D) Vikram Seth 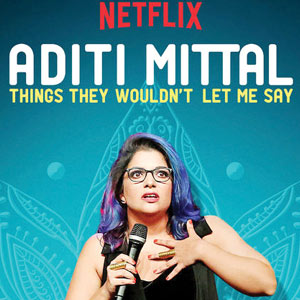 Hasan Minhaj, who won praise for his performance at the White House Correspondents’ Association Dinner, realized that we know little about our parents, just as they know little about us. Hoping to promote better understanding, he talked to his father.

Admittedly, the last line is not in Minhaj’s routine. But perhaps some creative license is understandable? Minhaj and Vir Das—or Weird Das, if you go by his website address—are included in Variety’s “10 comics to watch for in 2017.” Following on the heels of Aziz Ansari and Russell Peters, who had comedy specials on Netflix, India-based Vir Das also landed a solo show on the channel (“Abroad Understanding”). Then it was the turn of Hasan Minhaj, whose “Homecoming King” targets what he calls the New Brown America. As a U.S.-raised child of Indian immigrants, Minhaj belongs to that group. Aditi Mittal, a pioneer among Indian women doing comedy, has a Netflix special as well. It’s called “Things They Wouldn’t Let Me Say,” which is another way of saying “Politically Incorrect.” If her hard-edged, provocative comedy makes some Indians uncomfortable…well, that’s her intention. And if her last name makes you wonder if she’s connected to the steel magnate, she’ll tell you that she’s “477th in line” for the Mittal fortune. So being nice to her may help! 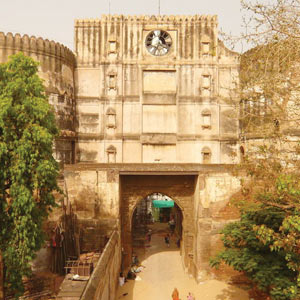 In the past, there have been attempts to rename Ahmedabad. But its name, seen in the light of recent news, couldn’t be more appropriate. Exactly two centuries after its integration into British-ruled Bombay Presidency, Ahmedabad has become a World Heritage City. And it happened because of a walled city built six centuries ago by Sultan Ahmed Shah. No other Indian city has this coveted status. Home to around 600 pols— or historic wooden homes with distinctive features— Ahmedabad’s walled city, situated on the eastern flank of the Sabarmati river, also has mosques, tombs, and temples, not to mention sites with links to Mahatma Gandhi and India’s freedom struggle. Among those sites, 26 are protected by the Archeological Society of India. The city is expected to attract visitors in rising numbers.

While Delhi and Mumbai were in the running, too, it was Gujarat’s largest city that got the honor. How? Residents of Ahmedabad worked hard to meet UNESCO’s stringent standards—and their efforts to win recognition, going back over three decades, were supported by numerous countries, including Poland, where the new World Heritage Cities were named this year. Incidentally, only two other South Asian cities have that status: Galle, Sri Lanka, and Bhaktapur, Nepal. Although there are 287 World Heritage Cities across the world, the U.S.—like India—has only one city in this select group: Philadelphia. 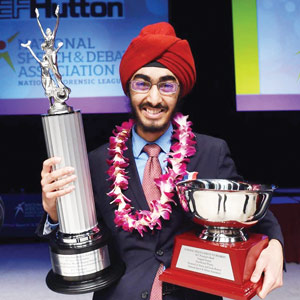 Meet Raam Tambe and Jerry Wang. Actually, listening is better because, for the second year in a row, they were the nation’s top high school debaters. Then there’s J. J. Kapur, an Iowa high schooler who won the 2017 National Speech and Debate tournament in Birmingham, Alabama. Excelling in Original Oratory, Kapur, in a speech titled “Let’s Dance,” took on disparate topics like hate crimes, the experiences of young Sikh Americans, Gandhi, even Bollywood. “As a [member of the] Sikh minority, I want to use speech and debate to amplify the voice of Sikhs in my community,” he said. “I want to use the platform I have for advocacy.”

Californians Raam and Jerry won twice in the tournament’s team category. This year, over 3,000 students competed in 10 events. Given the standoff with North Korea, the proposal Raam and Jerry put forward seems apt. In the final debate against an Illinois team, they called for a diplomatic hotline between the U.S. and China, winning their argument by a margin of 10 to 1. As seniors, Raam and Jerry triumphed in 10 tournaments, and in three other contests they made it to the final round. Finally, moving to the undergraduate level, two seniors at Emory University—Viveth Karthikeyan and Kristin Lowe—won the American Debate Association’s National Championship this year. They beat the Harvard University team to clinch the title. Graduation is not holding them back—Viveth and Kristin intend to continue winning debates. 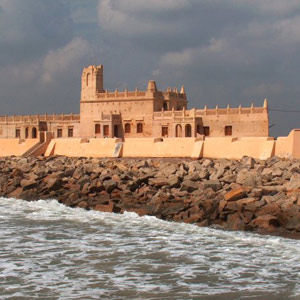 This year, to mark India’s 70th anniversary of independence, there was a film festival in Copenhagen, Denmark. Called “India’s Living Goddesses,” the two-week festival focused on the women in Bollywood, as depicted in about a dozen films. Many will be surprised to learn that India’s ties to this prosperous little Nordic nation date back centuries. In recent years, there have been tensions in Denmark over immigration; nevertheless, it ranked number 2 in a 2017 World Happiness Survey of 155 countries. Earlier, it was ranked number 1. Indian residents in Denmark include the writers Tabish Khair and Amulya Malladi. English is widely spoken, but given the cold weather, among other reasons, the Indian population is small.

India’s links to the Portuguese (Goa) and the French (Pondicherry) are well known, as is the deep connection to the British. But the Danes also made it to India. Denmark, with its long coastline, is no stranger to sea exploration and trading. Before the Danes ended their presence in India, when they ceded control to the British 210 years ago, they had settlements in the Andaman and Nicobar Islands, Serampore in Bengal, and Tranquebar in Tamil Nadu. If you go to Tharangambadi (as Tranquebar is now called), you’ll see Fort Dansborg, said to be the world’s second largest Danish fort. Built in the 17th century by a Danish admiral, after he got permission from the ruler of Tanjore, the well-maintained fort overlooks the Bay of Bengal. Renovated not long ago, the fort and the adjoining museum give visitors a glimpse of a bygone era. Sometimes mistaken as a Dutch fort, this Danish fort was the center of a trading colony on the Coromandel coast for close to two centuries.