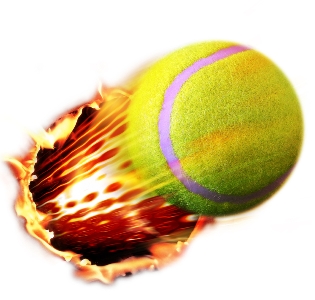 1. Rajeev Ram was the sole Indian-American medalist in the Rio de Janeiro Olympics. He teamed up with Venus Williams and they defeated India’s Sania Mirza and Rohan Bopanna to win a silver medal in tennis (mixed doubles) for the U.S. Which nation got the gold medal?
(A) Czech Republic (B) Brazil (C) U.S. (D) Great Britain

2. Irom Sharmila (“Iron Lady”), in an extraordinary fast that she ended recently, was force-fed through a tube in a hospital for 16 years to keep her alive. Which Indian state’s security laws—imposed during a period of unrest and uprisings—was Sharmila protesting during her long fast?
(A) Manipur (B) Odisha (C) West Bengal (D) Assam

3. 17-year-old Deep Patel’s A Paperboy’s Fable, a book about networking, is based on 15 interviews with public figures like Mark Cuban, Arianna Huffington, and General David Petraeus. Where does Deep, who is working on The Gray Veil, live? It’s Georgia’s fourth largest city.
(A) ​Augusta (B) Macon (C) Columbus (D) Savannah

4. Entrepreneur Ridhi Tariyal teamed up with scientist Stephen Gire at a Harvard lab, and they came up with NextGen Jane, a product for use by women during monthly periods. But it has a dual purpose, because this wearable device is also useful for keeping track of what?
(A) Temperature (B) Health (C) Distance (D) Time

5. Rhea Parmar, a 10-year-old schoolgirl in London, was named Child Genius 2016 on BBC TV’s Channel 4. Her mother was called “pushy” when she intervened to defend an answer that was incorrectly rejected. On which channel does the American version of this show appear?
(A) ABC (B) CNN (C) Lifetime (D) FOX

6. Sunny Leone (for actresses) and Salman Khan (for actors) topped the list for the most searched Indian film stars over the last decade, according to Google. While Shah Rukh Khan came in second for actors, it wasn’t Deepika, Priyanka, or Aishwarya for actresses. Who was it?
(A) Kareena Kapoor (B) Katrina Kaif (C) Kajal Agarwal (D) Kalki Koechlin

7. Aarthi Sampath, head chef at New York’s Junoon Restaurant, won a Chopped cooking competition, for which she and three other contestants had to make separate three-course meals using random ingredients. Who among the following is a judge on this Food Network show?
(A) Floyd Cardoz (B) Vikram Sunderam (C) Maneet Chauhan (D) Vikas Khanna

8. Dinesh D’ Souza is at it again. The right-wing writer’s latest polemical work is called Hillary’s America: The Secret History of the Democratic Party. It’s a book and a film. Which of the following books is not by D’Souza, who grew up in India before moving to the U.S.?
(A) Illiberal Education (B) Stealing America (C) The End of Racism (D) In Trump We Trust

9. Over 1300 eBay businesses were considered for its inaugural SHINE awards. Neha Gajwani’s Smack-Tom, which had 23 percent of its sales in electronics accessories outside the U.S., won a $5,000 prize in which category? It wasn’t Woman Small Business Owner or the Grand Prize.
(A) Charitable Business (B) Global Business (C) Family Business (D) Growing Business

10.A bunch of new private universities that opened in India in recent years aim to provide world-class education, especially in the humanities and social sciences. Some refer to them as the Indian Ivy League. Which of these universities was named after an ancient Indian institution?
(A) Ashoka (B) Jindal (C) Azim Premji (D) Nalanda

Abhinav Bindra—India’s only individual Olympic gold medalist (for rifle shooting in Beijing)—tweeted, “What a player! I’m waiting for you to join me in the club. You have no idea how lonely it’s been!” He was referring to badminton player P. V. Sindhu (ranked no. 10), who had just advanced to the final against Spain’s Carolina Marin (ranked no. 1). Alas, despite playing her heart out, 21-year-old Sindhu couldn’t join the gold club. But she became the youngest Indian to win an individual silver medal, for which the well-regarded badminton coach P. Gopichand gets some credit. India’s only other medal in Rio went to Sakshi Malik in the women’s freestyle wrestling competition (128 pound category). Trailing 0-5, it seemed like a long shot at first, but the 23-year-old wrestler from Haryana came back forcefully and wrested the bronze medal from Kyrgystan with an 8-5 victory. Earlier, in what had been another heart-stopping moment for sports fans, gymnast Dipa Karmakar—whose spectacular performance included the difficult, risky Produnova vault—missed the bronze by just 0.15. Given the extraordinary talent on display this year, it was no mean achievement. In fact, she was the first Indian gymnast to make it that far in the Olympics.

At the outset in Rio, there were snide remarks on social media about India’s prospects, with one celebrity columnist suggesting that the Indian contingent was more interested in selfies than sports. When several medal-less days followed, and wrestler Narsingh Yadav was disqualified over doping, the mood only darkened. But Dipa, Sakshi, and Sindhu thrilled many fans, showing how—with grit, talent, and determination—Indian athletes can indeed produce results. 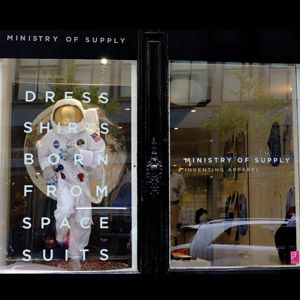 Has something been lost in the headlong embrace of technology? Srinija Srinivasan seems to think so. After being hired as Yahoo’s fifth employee, just over two decades ago, she went on to become its VP and editor-in-chief—but the glory days didn’t last (she left in 2010) and Yahoo was eclipsed by its bigger, more popular rivals. Her newest act is a startup called the Loove, which she launched with Josh Roseman as a studio-cum-media lab, where artists can nurture their talent, collaborate, and create works that are meaningful, both aesthetically and materially. Corporate-style commercialism is out, in other words. Commerce, she thinks, has seized the power of technology at the expense of culture. The Loove’s mission is bring back some balance.

Aman Advani, a Georgia Tech graduate, is also drawing on culture, though in a slightly different way. Without giving up on commerce, the Ministry of Supply—as his company is called, intriguingly—brings a sense of style to its line of men’s athletic wear. Frustrated by the shortcomings of traditional menswear when he worked as a corporate consultant, Advani wanted to create a line that’s casual, convenient, and classy. At MIT, he and his partners drew on user experience and performance technology to make clothes that can be worn for work, in the gym, and outdoors. Take their Apollo shirt. Its “breathable knit fabric wicks sweat at the source, eliminating unsightly stains altogether.” And it is NASA-engineered, to boot—which means the material regulates the temperature and you’re never too hot or too cold. The price may be a little steep, but with a dress shirt like that, you don’t have to worry about controlling the thermostat! 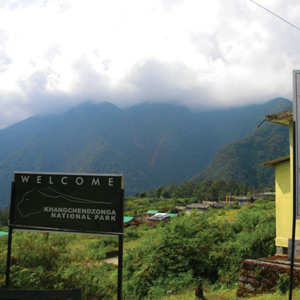 “Khangchendzonga” is a mouthful, perhaps even by Indian standards. But the name may soon become more widely known, thanks to Khangchendzonga National Park’s status as a UNESCO world heritage site. Covering about a quarter of the Himalayan state of Sikkim, KNP is also India’s first mixed world heritage site—meaning, the recognition is for both natural beauty and cultural riches. Also on the 2016 UNESCO list for India: Archeological site of Nalanda Mahavihara in Bihar, and Le Corbusier’s architectural legacy, which includes Chandigarh.

If Khangchendzonga reminds you of Kanchenjunga, it’s no coincidence. The latter is easier to spell, and it’s better known because of Mt. Kanchenjunga. Located in KNP, it’s the world’s third highest peak at 28,169 meters (after Mt. Everest, and K2 in the Karakoram range) and is visible from Darjeeling. Climbing the formidable Kanchenjunga, India’s highest mountain, is not easy, though the name has entered popular culture. While critics panned the recent Kanchenjunga Express, many still fondly remember Satyajit Ray’s Kanchenjunga from 1962.

KNP stretches from Nepal’s border in the west to Lachen in the east, and from Thangu Valley in the north to the historically significant Yuksom in the south. Zemu Glacier, 16 miles long and 300 meters wide, is the biggest glacier in the park, which is home to around 18 glaciers, 19 mountains, and 17 lakes. The wildlife includes musk deer and blood pheasants. In this “Abode of the Gods” (to translate the park’s name), some of the mountains, caves, and lakes are imbued with spiritual meaning, making them sacred to the local people.

The six recipients of Asia’s prestigious 2016 Ramon Magsaysay Award include two Indians: Bezwada Wilson and T. M. Krishna. As a Dalit, Wilson has fought hard for over three decades to overcome the discrimination his community faced. While many of them, including his family members, were manual scavengers, Wilson was the lucky one: he was able to get an education and escape such drudgery. But instead of moving on to a comfortable middle-class life, he stayed and became a crusader. Starting in Karnataka’s Kolar district, Wilson took his activism to states like Andhra Pradesh—where his drive led to the demolition of dry latrines—and spearheaded a people’s movement called Safai Karmachari Andolan (SKA).

Carnatic vocalist T. M. Krishna belongs to the other end of the Indian spectrum. Born into an affluent and cultured upper-caste family, his privileged upbringing in Tamil Nadu was the opposite of what Wilson experienced as a shunned, deprived child. But his Sumanasa Foundation finds common ground with Wilson’s SKA, because both organizations reach out to those at the bottom of the socioeconomic ladder. Notable musicians train gifted but disadvantaged students, who also get financial aid for a decent education. Krishna—also the founder of the Svanubhava movement, which brings together artists and aficionados of different backgrounds for lectures, performances, and collaborations—avoids ticketed musical events that are not inclusive.