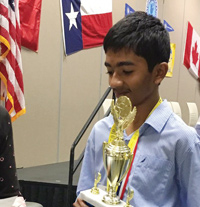 2. Two decades ago, Kalpana Chawla became the first Indian-born female astronaut to enter space. A biopic is planned. Chawla’s subsequent mission, also on a Columbia space shuttle, ended in tragedy when all seven crew members died on reentry. When did that happen?
(A) 2015  (B) 2010  (C) 2003  (D) 1998

4. Vijay Shekhar Sharma, picked as one of “the 100 most influential people” by Time magazine, launched Paytm, a fast-growing option for cashless payments. The rise in digital payments was in response to demonetization. What percentage of India’s currency notes was withdrawn?
(A) 86 percent  (B) 46 percent  (C) 96 percent  (D) 26 percent

5. Sommelier Rajat Parr, who was born in Kolkata, received a 2017 James Beard Award. Two other nominees, Asha Gomez and Vishwesh Bhatt, didn’t win. Parr is wine director for the Mina Group and a vineyard owner. How many James Beard Awards has he won, including this one?
(A) Two  (B) Three  (C) Four  (D) Five

6. Baahubali 2, S. S. Rajamouli’s spectacular fantasy film, did what many sequels don’t: it outperformed the original, at least initially. In fact, with over $15 million on opening day, it outdid every other Indian film. Which film, also from South India, had the second best opening?
(A) Baahubali  (B) Sultan  (C) Kabali  (D) Dangal

8. After a string of misfires, the filmmaker M. Night Shyamalan is enjoying a comeback with Split, a psychological thriller that became a commercial and critical hit. He’s now working on Glass, a sequel. Shyamalan resides in which city, often a prominent setting for his films?
(A) Los Angeles  (B) New York  (C) Chicago  (D) Philadelphia

9. Actor, rapper, and activist Riz Ahmed, with roles in multiple shows, is enjoying the spotlight. This “passionate polymath,” included in TIME 100 this year, is a descendent of Muhajirs—meaning, they’d migrated from India during Partition. Ahmed is a citizen of which nation?
(A) Pakistan  (B) U.K.  (C) Canada  (D) U.S.A.

10. A musical adaptation of Monsoon Wedding, Mira Nair’s hit film, had a limited run in California, but there are plans for a Broadway production. Meanwhile, the BBC is adapting A Suitable Boy for a TV series using only nonwhite actors. Who wrote this mammoth novel?
(A) Aravind Adiga  (B) Rohinton Mistry  (C) Amit Chaudhuri  (D) Vikram Seth

Lately, have you heard any Indian-Americans play bluegrass, the distinctive folk music of Appalachia? Probably not, but that’s because you haven’t come across Uma Peters, who is 10, and her brother Giri, who is a couple of years older. If you’re lucky, you’ll be able to see their virtuosity at a venue in Nashville, where their mother teaches at Vanderbilt. Apart from the fiddle, which they both play, the clawhammer banjo is Uma’s favored instrument, while Giri has an affinity for the mandolin. They’ve won raves for their performances from music aficionados.

Speaking of siblings, let’s not forget Tanishq and Tiara Abraham of California. Though only 13 and 11, respectively, they’ve already accomplished so much that being in the news is not new. Tanishq has three associate degrees, and next year he’ll receive a bachelor’s in biomedical engineering from the University of California. As you might have guessed, he’s on his way to getting a Ph.D. and an M.D.—before he becomes an adult, most likely. The more artistic Tiara sang twice at Carnegie Hall, and she released an album, Winter Nightingale, in which she belts out holiday favorites in various languages. She became a Mensa member at a very young age—which means, as a good math and science student, Tiara may also earn a string of degrees. Given their celebrity status, Tanishq and Tiara are not strangers to TEDx talks and appearances on talk shows. Another recent sibling story: Adhya and Shriya Beesam shared the $100,000 grand prize in the team category at last year’s Siemen’s competition focusing on STEM (Science, Technology, Engineering, & Math). 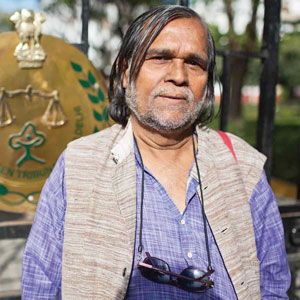 The Niyamgiri Hills in eastern India are not close to the Nilgiri Hills in southern India, but both mountain ranges were in the news recently—sort of. In the state of Odisha, the culture of the indigenous Dongria Kondh is threatened because of encroachment and greed. The top of their sacred mountain is off-limits and, according to their belief system, its divine power protects them and the forests they live in. But for Vedanta Resources, the U.K.-based mining company founded by Anil Agarwal, what’s “divine” is the rich aluminum ore present in the mountain. Their determination to extract the ore was met with fierce resistance from the Dongria Kondh, who wanted to preserve their way of life. Enter Prafulla Samantara, who spearheaded the efforts to stop a $2 billion project that might have destroyed 1600 acres of forest and displaced the Dongria Kondh. His decade-long lawsuit and their joint struggle paid off, bringing a favorable ruling from the Supreme Court. Samantara is a 2017 recipient of the prestigious Goldman environmental prize.

The Nilgiris are also home to indigenous peoples, the Todas being a famous example. But it was the Irulas, a snake-catching tribe in these mountains, who drew attention here earlier this year. When Burmese pythons became a menace in southern Florida, two Irula tribesmen—Vadivel Gopal and Masi Sadaiyan—were flown over from India to work with biologists at the University of Florida. Thanks to their expertise, which led to the capture of 33 snakes during their stay in Florida, there’s little risk of stumbling on a Burmese python in Key Largo. Alligators are another story. 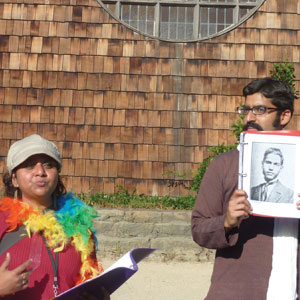 Anirvan Chatterjee (right) and Barnali Ghosh (left) have an unusual job—they’re guides for a walking tour in Berkeley, California. But it has nothing to do with showing visitors where the best Indian restaurants and shops are, as a few tourists seem to think. The married couple’s two-mile tour focuses on the work of Indian rebels and revolutionaries, going back over a century. Berkeley, home to the University of California, is a hotbed of activism, so it’s no surprise that Indian immigrants and radicals have long been drawn to it. The three-hour tour begins on the iconic Telegraph Avenue. In the presentation, they weave together stories of individuals and corporations—like the Ghadar Party—which were at the center (or periphery) of events, whether they had to do with LGBT rights, India’s freedom movement, 9/11 fallout, or even Indira Gandhi’s Emergency in the 1970s. Today’s protest marches would be a good addition.

Props and street theater make the tour livelier, an example being the donning of masks to shout “Free India!” The story of Kartar Singh Sarabha, an early Berkeley rebel who was executed by the British in India about 100 years ago, has a prominent place—but there are asides as well. For instance, if you’re familiar with the novels of R. K. Narayan, they’ll point out where the visiting author wrote The Guide, which Dev Anand later adapted for the silver screen. Chatterjee, who gained recognition as the founder of BookFinder.com, describes himself as a “technologist, storyteller, and activist.” As for Ghosh, she’s a landscape artist who works “at the intersection of cities, climate, and activism.” 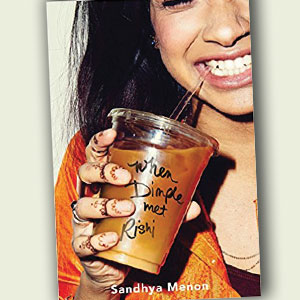 After making a splash with The Star- Touched Queen, Atlantan Roshani Chokshi came out with the sequel, A Crown of Wishes (St. Martin’s Griffin), which the School Library Journal described as “a first pick for YA collections” in a starred review. Following in her footsteps is Aditi Khorana, whose romantic fantasy, The Library of Fates (Razorbill), was also inspired by Indian folklore. If fantasy is not their thing, teens can turn to other novels—like Sandhya Menon’s When Dimple Met Rishi (Simon Pulse) and S. K. Ali’s Saints and Misfits (Salaam Reads)—for their beach reading. 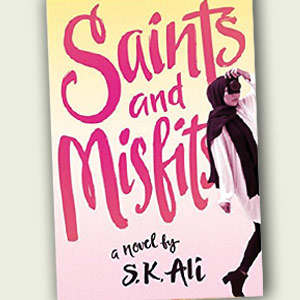 Menon’s realist novel, with its “arranged- love” twist, brings two 18-year-olds together in California for a clash involving comedy, drama, and…romance. Ali’s YA novel, also a debut, is from a Simon & Schuster imprint that was launched with the goal of introducing readers to positive, bridge-building stories involving Muslim characters. Hena Khan’s Amina’s Voice from this series got a strong reception, and now we also have Sheba Karim’s That Thing We Call a Heart, a coming-of-age novel set to a soundtrack of Urdu poetry and Radiohead. Finally, there is Uma Krishnaswami, a teacher whose YA novels include The Grand Plan to Fix Everything and Book Uncle and Me. In her latest, Step Up to the Plate, Maria Singh (Tu Books), she takes us back to the World War II era, when there was little mixing between whites and nonwhites. However, Indians and Mexicans bonded well—and Maria Singh in the novel is, in fact, the product of such a union in California, where she wants to play softball in Yuba City’s first ever softball team for girls. What does she have to do to overcome the barriers in her way?