It’s that time again. As another year winds down, the holidays allow us to hit pause so that we can relax and reflect. And remember. Khabar offers a roundup of 14 Indians, including one Indian-American, who gained recognition for the contributions they made over the years. They all died in the last 11 months. December, for obvious reasons, is not included. 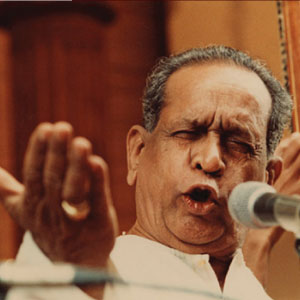 WHO: BHIMSEN GURURAJ JOSHI
WHEN he died: January 24, 2011 (Year of Birth: 1922)
WHAT: A renowned vocalist and leading exponent of Hindustani classical music, he received the Bharat Ratna, India’s highest civilian award, among many other honors.
WORTHY quote: “Nobody could match the extraordinary ability of Bhimsen—always Bhimsen to his listeners—to capture the essential character of a raga, whether playful or grave, and send audiences out into the night humming, with the music under their skin, almost stunned with the force of something they could not quite comprehend.” - (The Economist) 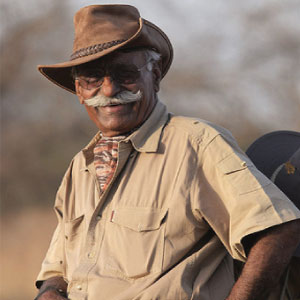 WHO: FATEH SINGH RATHORE
WHEN he died: March 1, 2011 (Year of Birth: 1938)
WHAT:As a conservationist, he founded Tiger Watch and was involved with India’s Project Tiger. In 2011, he received the World Wildlife Fund lifetime achievement award .
WORTHY quote: “Fateh provided many wildlifers with their first field experience of the largest and most charismatic cat. He taught us silence, and through his uncompromising dedication and an uncanny intuition, coupled with the eyes of a hawk, allowed us intimate encounters with the tigers he loved passionately.”- Peter Lawton (The Guardian) 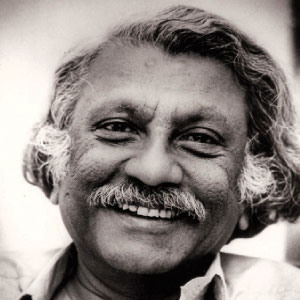 WHO: VENKATRAMAN RADHAKRISHNAN
WHEN he died: March 3, 2011 (Year of Birth: 1929)
WHAT: An astrophysicist who established his reputation with path-breaking work on pulsars, he headed the Raman Research Institute in Bangalore for many years.
WORTHY quote: “Under his leadership, the institute developed a reputation in pulsar astronomy and liquid crystals….He is known for designing and fabricating ultra light aircraft and sailboats. In fact, over the last few months Professor Radhakrishnan embarked on a worldwide voyage in a yacht designed by him.” – The Hindu 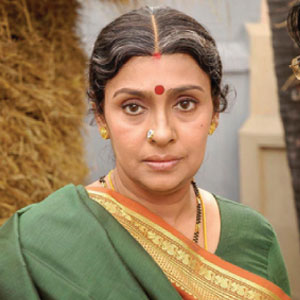 WHO: SUJATHA
WHEN she died: April 6, 2011 (Year of Birth: 1952)
WHAT: This Sri Lankan Malayali actor excelled in dramatic roles, though she mostly appeared in South Indian films. Sujatha won the Nandi and Kalaimamani Awards.
WORTHY quote: “Sujatha acted in more than [300 films] in the Tamil, Telugu, Malayalam, Kannada, and Hindi languages. She acted with most of the popular South Indian stars of the '70s and '80s….Toward the end of her career, she switched to playing character roles, including mother to her former romantic lead Rajnikanth in Baba (2002).” - (Variety) 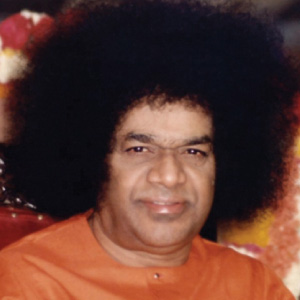 WHO: SATHYA SAI BABA
WHEN he died: April 24, 2011 (Year of Birth: 1926)
WHAT: One of the most successful and charismatic religious figures in our era, known widely for his charitable and educational projects, he also attracted some controversy.
WORTHY quote: “Born in the village of Puttaparthi in rural south India as Sathyanarayan Raju, he was 14 years old when he announced to his stunned family that he was the reincarnation of a 19th century holy man called Sai Baba from the town of Shirdi, who combined elements of Hindu and Muslim practice. He won many followers by way of alleged miracles.” - Jyoti Thottam (Time magazine) 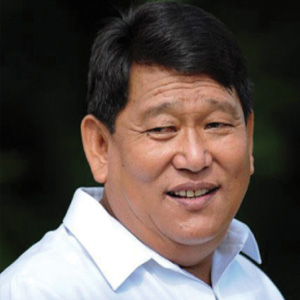 WHO: DORJEE KHANDU
WHEN he died: April 30, 2011 (Year of Birth: 1955)
WHAT: An army veteran who won a gold medal for intelligence work in the Bangladesh War, he died in a helicopter crash while serving as Arunachal Pradesh’s chief minister.
WORTHY quote: “The state of Arunachal Pradesh and the Tibetan people have had a historical relationship, which was further strengthened and deepened during the tenure of Dorjee Khandu La as Chief Minister. The Parliament remains highly appreciative of his leadership and concern.” - Speaker Penpa Tsering, Tibetan Parliament-in-exile 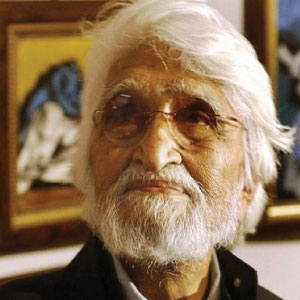 WHO: MAQBOOL FIDA HUSAIN
WHEN he died: June 9, 2011 (Year of Birth: 1915)
WHAT: Called ‘India’s Picasso,’ this former billboard artist—who was prolific, courtly, and eccentric—attracted some controversy with his paintings, forcing him into exile.
WORTHY quote: “Husain was a master of vibrant color and dynamic movement, and his boldly-drawn, figurative compositions, often featuring horses or women, bore the clear influence of artists such as Chagall and Kandinsky, but combined Western modernism with classical Indian folk art traditions.” – The Telegraph (U.K.) 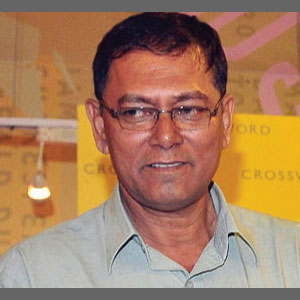 WHO: JYOTIRMOY DEY
WHEN he died: June 11, 2011 (Year of Birth: 1955)
WHAT: Known for his exposés, he was a fearless investigative reporter for Mid Day on the Mumbai underworld, where he had extensive contacts. Dey was murdered by hit men.
WORTHY quote: “He wrote two books on the subject, Zero Dial: The Dangerous World of Informers in 2010 and earlier Khallas. From 1996 to 2004, Dey was a consistent byline on the pages of the Indian Express, also writing a weekly column on the working of the underworld, titled Notes from the Underworld.” – India Today 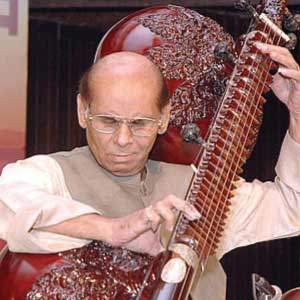 WHO: ASAD ALI KHAN
WHEN he died: June 14, 2011 (Year of Birth: 1937)
WHAT: A lifelong bachelor from a musical family, he was one of the last masters of the rudra veena. Khan won the Padma Bhushan and the Sangeet Natak Akademi award.
WORTHY quote: “Unlike a sitar or sarod, the rudra veena does not have resonance strings. Ustad Khan used to play dhrupad in tile kharbandi style, which is one of the four ancient styles of Indian music. It is named after Khanda, the Rajput warrior’s traditional sharp curved sword.” – Press Trust of India 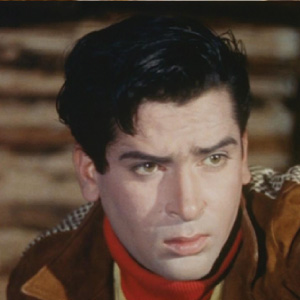 WHO: SHAMMI KAPOOR
WHEN he died: August 14, 2011 (Year of Birth: 1931)
WHAT: Dubbed the ‘Indian Elvis’ in his time, his first big success in Bollywood was Junglee, whose signature howl ‘Yahoo’ entranced a new generation of filmgoers.
WORTHY quote: “He won the Filmfare award for Best Actor in 1968 for Brahmachari, and in 1995 the Filmfare Lifetime Achievement award was bestowed upon him….He was the founder and chairman of Internet Users Community of India (IUCI) and had been instrumental in setting up Internet organizations like the Ethical Hackers Association. - The Hindustan Times 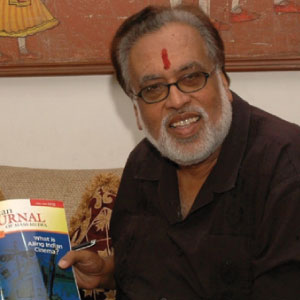 WHO: JAGMOHAN MUNDHRA
WHEN he died: September 4, 2011 (Year of Birth: 1948)
WHAT: Despite his Ph.D. in marketing from Michigan State University, the lure of films proved irresistible, and he went on to direct gritty dramas like Bawandar and Provoked.
WORTHY quote: “The film director Jagmohan Mundhra carved out a distinct niche for himself, moving easily between social relevance and pure entertainment. Equally at home making thrillers, comedies and more serious-minded films, he found commercial and critical success both in his native India and in the U.S. and Britain.” – The Independent 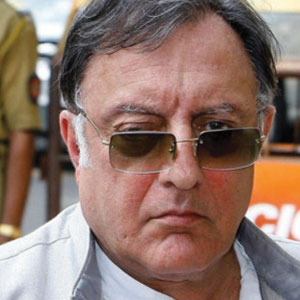 WHO: MANSOOR ALI KHAN PATAUDI
WHEN he died: September 22, 2011 (Year of Birth: 1941)
WHAT: Overcoming the loss of an eye in an accident, Tiger Pataudi married the glamorous Sharmila Tagore and successfully played cricket for India, even as the captain.
WORTHY quote: “Pataudi, who was also known for his amazing sense of humour, was the youngest Test captain, a record that stood until 2004….He scored 2793 runs in 46 Tests at an average of 35 and made six centuries, the biggest of which was an unbeaten 203 against England in Delhi in 1964.” - Press Trust of India 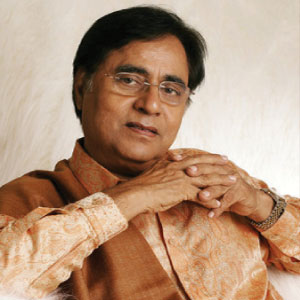 WHO: JAGJIT SINGH
WHEN he died: October 10, 2011 (Year of Birth: 1941)
WHAT: In a career spanning five decades, this first major ghazal singer from India made 80 albums, gaining a wider audience after singing for movies like Arth and Sarfarosh.
WORTHY quote: “Popularly known as the ‘Ghazal King,’ he gained acclaim together with his wife in the 1970s and 1980s as the first ever successful duo act (husband-wife) in the history of recorded Indian music. Recipient of the Padma Bhushan award, he has sung in several languages including Hindi, Urdu, Punjabi and Nepali.” - The Times of India 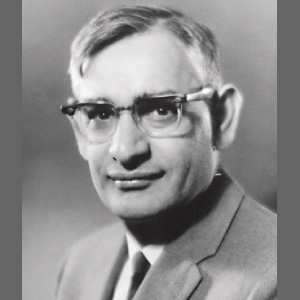 WHO: HAR GOBIND KHORANA
WHEN he died: November 9, 2011 (Year of Birth: 1922)
WHAT: He shared the Nobel Prize for his work on deciphering the genetic code, and his other achievements include making the first artificial gene using off-the-shelf chemicals.
WORTHY quote: “Dr. Khorana became an American citizen in 1966. He joined the M.I.T. faculty in 1970 and retired in 2007. Among the honors Dr. Khorana received were the Lasker Award for basic medical research in 1968 and the National Medal of Science in 1987. Dr. Khorana, an unassuming man, shied from the spotlight and did not like talking on the phone.” - Denise Gellene (The New York Times)