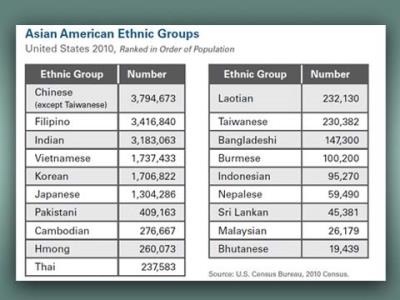 Canada, unlike the U.S., has a census every five years. In 2006, South Asians became the largest minority in Canada, accounting for 25 percent of the minority population. South Asian Americans are not in that range if we go by proportions, but they’ve outstripped South Asian Canadians in terms of numbers. As per the 2010 census, there are over 3.4 million South Asians in the U.S. In 2006, the South Asian population in Canada exceeded 1.2 million.

Indians form the biggest chunk (80 percent) of America’s South Asian community. Next come Pakistanis, whose total population is still well under half a million, although they experienced a dramatic growth of 137 percent over the last decade. Indians, in contrast, saw an increase of 69 percent in the same period.

But it was Bangladeshis who experienced the largest gain, growing by 212 percent since the last census. The Bhutanese and Nepali populations rose by 155 percent, while the Indo-Caribbean community increased by 23 percent, bringing their population to over 66,000. New York, Chicago, Washington, Los Angeles and San Francisco-Oakland have the largest South Asian populations. And the top five states are California, New York, New Jersey, Texas and Illinois. The biggest gain among all the metro areas was in North Carolina’s largest city, Charlotte, where the South Asian population grew by 187 percent.

Canada is one of the most ethnically diverse countries in the world.
In 2006, about 1.3 million South Asians lived in Canada, representing 4% of the total Canadian population or 25% of the total visible minority population.