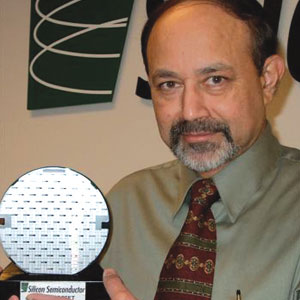 Jayant Baliga (pictured), along with Srinivasa Varadhan and Rakesh Agrawal, were honored for their work.

IGBT will mean little to most people. And the full form, Insulated Gate Bipolar Transistor, may not mean much, either. But actually this important invention is used in products like cars, electrical appliances, even portable cardiac defibrillators. It improves energy efficiency by over 40 percent, lowering both financial and environmental costs.

Agrawal, of Purdue University in Indiana, was also recognized for his work in boosting energy efficiency. In his case, the innovations led to improvements in electronic device manufacturing, liquefied gas production, and the supply of industrial gases. Varadhan was honored for his research in probability theory, including the study of large deviations from expected random behavior. His findings have had a substantial impact in fields like finance, traffic engineering, population studies, and quantum theory.

Baliga, who holds over 100 patents, has written or co-written 16 books and more than 500 scientific articles. His other awards include the Lamme Medal, while Agrawal received the J & E Hall Gold Medal and the Diamond Award, among other distinctions. Varadhan’s many honors include the Abel Prize, the Padma Bhushan, the Leroy Steele Prize, and the Birkhoff Prize.