COVID-19  In-depth info for Indians in Atlanta/Georgia. Click here
Home > Magazine > Desi World > Who, What, Where, When, & Why -- and Book Matters 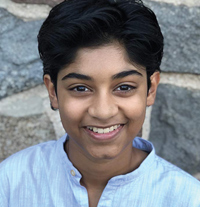 1. If you think we’re done with The Jungle Book, wait till next year. Mowgli, a darker version of Rudyard Kipling’s classic tale, is a new live-action film. Made by Warner Brothers, it was sold to another company. Rohan Chand plays Mowgli. The film will be streamed on which channel?
(A) YouTube (B) Netflix (C) Amazon (D) Hulu

3. Kamini Shankar is ‘International Ms.’ in 2018. An entrepreneur in New Jersey, she’s the founder of FabFit, a fitness studio. The pageant, open to single and married women from around the world, has an age restriction. While the lower limit is 26 years, what’s the upper limit?
(A) 29 years (B) 39 years (C) 49 years (D) 59 years

5. At the International Physics Olympiad, while five students from India won gold medals, Indian-Americans were not shut out. Oregon’s 13-year-old Gopal Goel, who is home schooled, also got a gold medal in the contest, which was held in which European capital on the coast?
(A) Lisbon (B) Paris (C) London (D) Berlin

6. As the momentum for the midterm elections builds, it’s worth remembering that Dalip Singh Saund served three terms in the House of Representatives back in the late ’50s and early ’60s. Who among the current Indian-American office-holders in the House is serving a third term?
(A) Pramila Jayapal (B) Ro Khanna (C) Ami Bera (D) Raja Krishnamoorthi

7. Avi Goel was a big winner at the recent inaugural International Geography Bee World Championships. The 14-year-old from California got first place in the junior varsity division, winning 7 gold medals and 2 silver medals. The format doesn’t include which of the following?
(A) Geo Exam (B) Geo Speech (C) Geo Showdown (D) Geo Bee

8. Also at the first International Geography Bee World Championships, in the middle school division, Saket Pochiraju of Ohio won first place, Srikrishna Darbha of Texas got second place, and Ved Muthusamy of Michigan came in third. Where was the contest held earlier this summer?
(A) Lisbon (B) Paris (C) London (D) Berlin

10. India’s first official ‘Ease of Living Index’ for cities includes both Navi Mumbai and Greater Mumbai in its top10 list, along with Chandigarh, Tirupati, Raipur, and Thane. The other top 10 cities are listed below. Which city in the nation is ranked number one, according to this list?
(A) Indore (B) Pune (C) Bhopal (D) Vijayawada 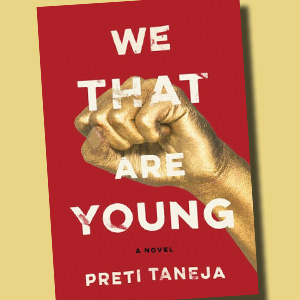 We That Are Young (Knopf), a debut novel by Preti Taneja, is a reimagining of King Lear in contemporary India. Taneja, a British-Indian scholar with an interest in Shakespeare (no surprises), is also a filmmaker who focuses on the rights of vulnerable people, besides being a writing teacher in prisons. The novel’s path to publication wasn’t easy, but after it won the Desmond Elliott Prize, there’s been growing interest and it’s being published in multiple languages. King Lear has inspired many works, including an outstanding film by Akira Kurosawa and a Pulitzer Prize-winning novel by Jane Smiley. Bollywood could be next, especially if Vishal Bhardwaj pursues it. Lear, in Taneja’s novel, is Devraj, a corporate tycoon. The tragic and timeless story of greed and goodness, loyalty and betrayal, ambition and devotion, not to mention insanity and mortality, is set in motion when Devraj gives up his corporate empire. Who among his three daughters—Radha, Gargi, or Sita—will rise to embrace the bonds of filial love? 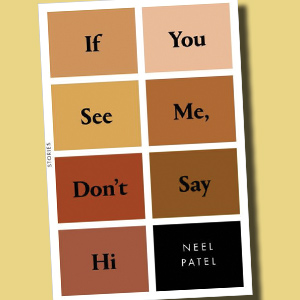 In If You See Me, Don’t Say Hi (Flatiron Books), a debut story collection, Neel Patel focuses on gay identity, though not exclusively. What does matter, as an overarching theme, is Indian-American identity. The book’s youngish characters, having grown up in this country, are often at odds with their immigrant elders and a mainstream society that views them with ambivalence. Nevertheless, they manage to carve out lives on their own terms. The experiences of people Patel knew played a role in shaping the stories, as did autobiography (“Hare Rama, Hare Krishna”), giving the stories an emotional punch that’s relatable. The most prominent Indian-American author who happens to be gay is perhaps Manil Suri, a math professor. But in recent years, younger gay writers like Patel have emerged on the scene, bringing fresh energy to Indian-American fiction. The others include Rakesh Satyal, whose No One Can Pronounce My Name came out last year, Aatish Taseer, Rahul Mehta, and Sandip Roy, among others. Needless to say, their writing transcends boundaries. 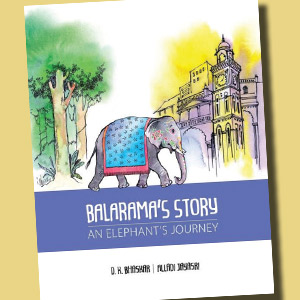 Although Balarama’s Story: An Elephant’s Journey (Peppertree Press) is meant for the 8-12 age group, this delightful original tale will draw in older readers as well. Conceived by D. K. Bhaskar, whose Elephants in the Coffee documentary won raves, the book was written with the assistance of Alladi Jayasri and strikingly illustrated by Yati Siddakatte. The sad tale of Balarama’s capture in Karnataka’s Nagerhole forest is balanced by a sympathetic account of his life as a “royal” elephant in Mysore, giving the readers a deeper appreciation of conservation and the mysterious bond humans share with these majestic but endangered creatures.

For even younger readers, we have a new picture book called Thread of Love (Beach Lane Books). Co-written by Kabir Sehgal and Surishtha Seghal, it brings the Raksha Bandhan festival to life with the help of Zara Gonzalez Hoang’s illustrations. Two sisters, who make a rakhi with colorful threads and beads, show the reader how the custom of tying it on their brother’s wrist cements their ties. 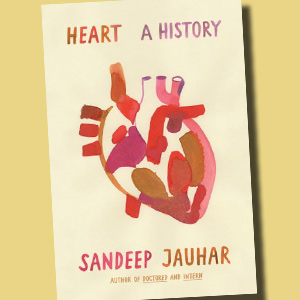 Dr. Sandeep Jauhar, in Heart: A History (Farrar, Straus and Giroux), gives us an accessible overview of a complex, life-giving organ. While cardiovascular deaths fell by 60 percent since the mid-1960s, medical breakthroughs have slowed and, increasingly, diet and exercise play a crucial role in recovery. Americans live longer now, but 60 percent will still develop some form of cardiovascular disease. Combining facts and insights, Dr. Jauhar, who also wrote Intern and Doctored, takes us on a stimulating journey in this progress report. He includes personal stories—his grandfather, for instance, died of a heart attack at 57, causing a family crisis. And in his case, when CT scans reveal coronary blockages, he’s not surprised that his lipoprotein(a) is elevated. That’s not the only risk factor for South Asians. They seem to have smaller coronary arteries, and “South Asian blood may also contain smaller and denser cholesterol particles that are more prone to causing arterial hardening.” The modern lifestyle of high calories and low exercise doesn’t help. A wake-up call, indeed!