COVID-19  In-depth info for Indians in Atlanta/Georgia. Click here
Home > Magazine > Desi World > WHO WHAT WHERE WHEN WHY, MOON MISSION, IITs, BOOK MATTERS

WHO WHAT WHERE WHEN WHY, MOON MISSION, IITs, BOOK MATTERS 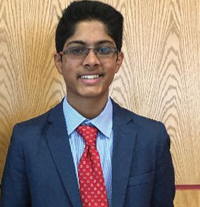 Vinayak Menon, a co-winner of the Harvard University Debate Tournament (middle school) earlier this year, is a ninth grader at Lambert High School in Georgia. He’s the only Indian-American among the 15 students in the USA Debate Development Team. They will be coached for competitions. Meanwhile, the USA Debate Team has 12 high school students, including Roopa Irakam of New Jersey and Rohit Jhawar of California.

Jhumpa Lahiri has in recent years focused on the Italian language, both as a translator and a writer, publishing works like Dove mi trovo (fiction) and In Altre Parole (nonfiction). The much-heralded author, whose honors include the Pulitzer Prize, a couple of PEN awards, and the National Book Award, not to mention the National Humanities Medal, has been named director of Princeton University’s program in creative writing.

Anita Badhwar, who grew up in Toronto, wanted to celebrate her heritage and share it with young children. So, in 2012, she launched a book series (www.littleprincessrani. com) that focuses on Indian culture and festivals. Now based in Florida, she has written and illustrated six books for kids, including Rani Saves Diwali. When the palace decorator has an accident, just before Diwali, Rani figures out a way to get the job done.

Amit Panghal became the first Indian male boxer to win a silver medal in the World Boxing Championships, held recently in Russia. He lost in the 52 kg flyweight final to Shakhobidin Zoirov of Uzbekistan. Before this competition, Indian males had received a total of four bronze medals in the World Boxing Championships. But this year was special— in addition to the silver medal, the boxers picked up a record five bronze medals.

Ravish Kumar, the managing editor of NDTV India, noted, “A scared journalist produces a lifeless citizen.” He won the Ramon Magsaysay Award for “ethical journalism.” One of the five 2019 recipients of this prestigious Asian honor, Kumar is a well-known Hindi TV anchor and journalist. Seen as even-handed, Kumar has a daily show on TV called Prime Time. He has been described as “sober, incisive, and well-informed.”

Bhupen Hazarika, who died in 2011, was a renowned lyricist, singer, poet, and filmmaker from Assam. This year, he was a posthumous recipient of the Bharat Ratna, India’s highest civilian award. Nanaji Deshmukh, the other posthumous winner of the award in 2019, was a social activist, politician, and rural educationist. He died in 2010. The Bharat Ratna, controversial at times, wasn’t awarded between 2016 to 2018.

Ankiti Bose is 27, but she’s already a highly successful entrepreneur. Zilingo, the e-commerce start-up she co-launched in 2015, is close to hitting $1 billion in valuation. The Singapore-based start-up focuses on improving efficiency in the fashion sector, and the bulk of its revenue comes from business-to-business transactions. Once Zilingo hits $1 billion, Bose will become the first Indian woman to have founded a unicorn start-up.

The theft Dinesh Chawla has been accused of was unusual, especially for a developer who worked with the Trump Organization to bring hotels to Mississippi. Chawla was caught taking baggage that didn’t belong to him from the conveyor belts of Memphis International Airport. A plan to build another chain of Chawla-Trump hotels, dubbed American Idea, was canceled earlier this year. 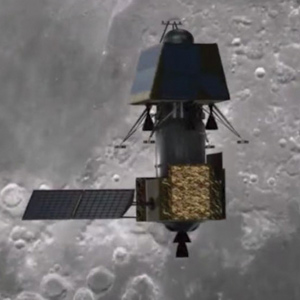 It was heartbreakingly close. At the same time, because it was the hardest part of India’s moon mission (Chandrayaan-2), losing contact with the lander, Vikram, just before it touched the lunar surface, wasn’t totally surprising. Perhaps. After all, mission control did reestablish contact later, although Vikram hadn’t slowed down enough in the final seconds, making it a crash landing. So while not a complete success, the mission wasn’t a failure either. The orbital will complete its journey, gathering data and taking pictures. India’s space agency (ISRO) spent about $141 Million on this mission, which is less than what the U.S., China, and France lavished on their unmanned moon missions. Did the tighter budget contribute to the lander’s failure? Probably. Engine failure was the cause, according to some scientists, and a more sophisticated system would have worked better during the descent. But hindsight is 20/20, and space missions are so complex that even highly advanced systems can, despite checks and balances, develop glitches. Besides, should India be spending much more on such missions? If the landing had gone smoothly, Vikram’s rover would have searched for water, which Chandrayaan-1 had detected.

ISRO, founded 50 years ago in the wake of the Apollo 11 mission, had Vikram Sarabhai as its first chief. In recent years, it has had a string of achievements, making it one of India’s most admired institutions, inspiring countless kids. Given the emphasis on indigenous talent, it’s no surprise that the current chief, K. Sivan, was entirely trained in India. He was, in fact, his family’s first college graduate. Most likely, his team is ready to move on to Chandryaan-3. 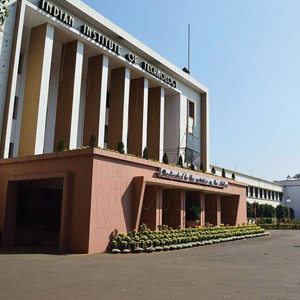 For the first time, the Indian Institute of Technology’s grueling joint entrance exam (IIT JEE) will be held in the U.S. as well. San Francisco will join a bunch of other cities outside India—including Colombo, Dubai, Kathmandu, Dhaka, and Singapore—as a testing center. The exam is so popular in India that students have to pass an easier exam before they qualify for JEE (Advanced). That’s not required for foreign students. Around 250,000 students, chosen for the advanced exam next year, will compete for 13,600 slots offered at the bachelor’s level by 23 IITs across India. Paradoxically, given the IIT’s rigorous admission standards, none of the institutes made it to the top 200 in the Times Higher Education World University Ranking 2020. Maybe the criteria used for inclusion in such lists are so variable that it’s hard to make straightforward comparisons between universities in advanced nations and countries like India.

Indian Institute of Science–Bengaluru is included in the list along with a few IITs. Some will be surprised to learn that IIT–Ropar and IIT–Indore are ranked higher than the older IITs. QS World, for instance, continues to rank those established universities higher. Among Indian universities, it ranks IIT–Bombay at the top, followed by IIT–Delhi and IIT–Madras. Which shows that lists tend to be fickle. Although IITs can be traced to Nehru’s post-independence initiatives, IIT–Varanasi has the distinction of being 100 years old this year. That’s because it started as Banaras Engineering College in 1919, and became an IIT only in 2012. IIT–Roorkee, by that yardstick, is much older, having started as the College of Civil Engineering in 1847! 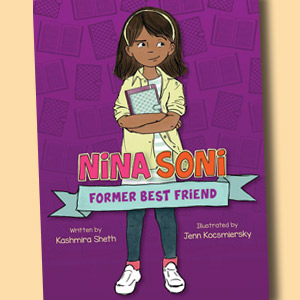 Nina Soni, Former Best Friend (Peachtree Publishing) – by Kashmira Sheth, with illustrations by Jenn Kocsmiersky. Just in time for the holiday season, the Atlanta-based publisher has brought out a new book for the 7-10 age group. Although Nina, a math buff, is fond of making lists, she forgets that her science project is due soon. Alexander Fleming, known for discovering penicillin, comes to the rescue. Another inspiration for Nina comes in the form of her mom’s stuffed eggplant, now moldering in the fridge. The author’s degree in microbiology obviously helped her to cook up the plot, and this book is the first in a planned series focusing on Nina and her love of science and the arts. A birthday is coming up for her younger sister, Kavita, and Nina also has a dance lesson. Then there is Jay, her former best friend. Given these distractions, will there be enough time to discover Ninacillin? Nina is hopeful. As she notes, “Fleming wasn’t even looking for penicillin when he discovered it.” 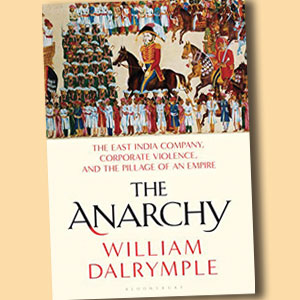 The Anarchy: The East India Company, Corporate Violence, and the Pillage of an Empire (Bloomsbury) – by William Dalrymple. Not only is Dalrymple a notable historian, especially of the Mughal period, but he co-directs the world’s largest literary festival in Jaipur. His White Mughals is being made into a movie. In his new book, Dalrymple charts the rise (and sudden collapse) of the world’s first multinational corporation, the East India Company (EIC). Also the first global corporate predator, EIC became so rich and powerful that by 1799 it had an army of 200,000 soldiers to control much of the subcontinent. Dalrymple draws on new scholarship in the West, and on translated Mughal documents, for this 576-page chronicle of the early British period. Following the Indian uprising of 1857, the British government took over from EIC and ruled the subcontinent for the next 90 years. “An energetic pageturner that marches from the counting house on to the battlefield, exploding patriotic myths along the way,” writes Maya Jasanoff in The Guardian. 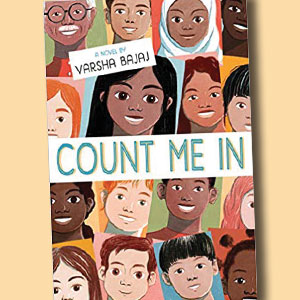 Count Me In (Penguin) – by Varsha Bajaj. Inspired by the #MeToo movement, this is another timely book for middle graders. Karina Chopra and Chris, who are neighbors, narrate the story in alternating chapters. At first they don’t like each other, but that changes when Karina’s grandfather, Papa, begins tutoring Chris. Karina becomes his friend and the three of them start spending more time togetther. But then there’s a traumatic incident when Papa and Karina are targeted because of their ethnicity. Papa is seriously injured, prompting this #CountMeIn post from Karina: “What does an American look like? #Immigrants #WeBelong #IamAmerican #HateHasNoHomeHere.” It goes viral, bringing much community support and showing how, if hate is one side of the coin, the other side is love. Happier times await the two friends and the recovering Papa. Bajaj has written another middle grade novel, Abby Spencer Goes to Bollywood, which was shortlisted for the Cybils Award. 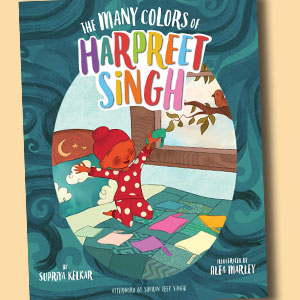 The Many Colors of Harpreet Singh (Sterling Children’s Books) – by Supriya Kelkar. Judging by Alea Marley’s playful illustrations, the title of this book for the younger set (3-7 years) couldn’t be more appropriate. What also makes it apt are the various turbans worn by Harpreet Singh, a young Sikh American boy. Each turban’s color reflects an occasion or his mood, which ranges from happy (yellow) and celebratory (pink) to sad (grey). Given his outsider status, especially after he moves with his family to a smaller and colder town, he also experiences apprehension (blue). And he prefers white when he wants to be unobtrusive, though red suits him better when he’s feeling brave. “A lovely story about change and belonging that provides much-needed representation,” points out School Library Journal in a starred review. Kelkar, who learned Hindi by watching three movies every week when she was growing up in the Midwest, has worked on scripts for Bollywood films. Her middle grade novel, Ahimsa, won the New Visions Award in 2015.