Our Year of Reckoning 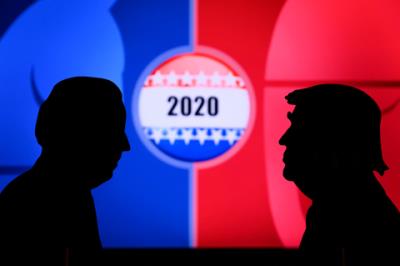 The wall is cracking, finally. No, this has nothing to do with the still-to-be-completed border wall, for which Mexico has yet to pay a single peso. I’m referring to the no-longer-solid wall of support for President Trump among right-leaning whites. What took so long? But even now, let’s not forget, we’re only seeing cracks—and the Republican wall for Donald Trump will remain formidable when we head to the polls in November. True, even white conservatives in red states are unhappy with Trump’s handling of the pandemic, and his poll numbers are tanking, but the ground reality could shift and there’s no reason to believe they’ll ditch the GOP. As we’ve seen in past elections, the gap between the candidates tightens in the final weeks. What’s problematic for Trump is the sharp drop in support among independents and suburban swing voters. Sure, Joe Biden has a solid lead for now—but he still hasn’t had enough visibility due to the coronavirus crisis, and we don’t know how he’ll perform once the attacks intensify and the debates start.

So, before Democrats and Never Trumpers get too excited, it’s worth noting that the 2020 campaign remains unpredictable. This unusual year, marked by death from a still-mysterious disease, economic devastation, and chaos on the streets, has brought uncertainty into our lives. When peace and prosperity couldn’t stop a populist demagogue’s rise in 2016, it’s surely premature to write him off today. What the polls capture is dissatisfaction over the Trump administration’s gross negligence and incompetence, which made a bad situation needlessly worse. And, yes, in the wake of George Floyd’s murder and wide protests over policing, the polls also reflect the changed mood. There’s no avoiding the struggle for racial justice and progress.

“Trump is running an openly racist campaign at odds with public opinion that has shifted against Confederate monuments and in favor of Black Lives Matter,” notes Max Boot, a Washington Post columnist and author of The Corrosion of Conservatism: Why I Left the Right.

But what if there’s a backlash (or “whitelash”) brewing in the background? How will it influence the election? The Trump campaign is not waiting to find out, and seems to be betting heavily that its politics of resentment will bring victory again. Many pundits, and not just liberals, believe that Trump won’t be able to pull it off again. However, as we know from the last presidential election, observers underestimate the impact of racial attitudes, which can be hard to capture because people are hesitant to speak freely in surveys. What we do know, having seen it time and again, is that playing on fears can be effective. When people feel anxious and vulnerable, as they do now, they’re more susceptible to manipulation. Tough times bring out demagogues, who find the scapegoats they need to create paranoia, division, and resentment.

Can this coarse amplification of dog-whistle politics, without tactfully wooing back skittish independents and suburbanites who are fleeing in droves, still provide a path to power for Trump? The hopeful answer is that it won’t; yet there’s a frightening possibility that it might. Given the GOP’s rural and Electoral College advantages, the election is not a popularity contest. And despite everything that’s happened in Trump’s disastrous first term, Republican support for him hovers in the 80 to 90 percent range, according to Gallup. Yes, factors such as lower taxes, the promise of more conservative Supreme Court judges, and deregulation matter to the party, but what matters the most is tribal loyalty. There’s a racial dimension to it. Perhaps 86 percent of Republican voters this year, according to the Center for American Progress, are white.

Moreover, there’s reason to believe that Trump is successfully capitalizing on some tactical excesses of the left. A Monmouth University poll in July showed that GOP sympathy for the protest movement fell sharply after a month. But that shouldn’t matter for the November election. No matter what the left does or doesn’t do—and no matter what Trump does or doesn’t do—enough Republicans won’t abandon their party to make a difference. What matters for Trump’s defeat is a high turnout by Biden’s Democratic and other supporters. Only they, by not forgetting to cast their ballots, can ensure Biden’s victory. And the margin has to be decisive. That may still not placate conspiracy theorists, but the rest of the nation will be relieved.

University of Michigan researchers Nicholas Valentino and Kirill Zhirkov have studied the “ethnicization” of political parties. “As the share of whites among self-identified Democrats is rapidly decreasing (outpacing demographic changes in the country as a whole), the Republican Party remains overwhelmingly white,” they write. “Our conjecture is that it is these changes in race and ethnicity that drive most of the affective polarization we have witnessed over the last 30 years.”

For a long time, almost nine out of every ten voters were white. Even in 1996, according to the Pew Research Center, 85 percent of voters were non-Hispanic whites. Then came rapid change, and by 2018-2019 that share of the electorate dropped to 69 percent. If I had to pick just one reason for why Donald Trump, who was dangerously unfit for the nation’s highest office, became the president in 2016, this would be it. Demography may or may not be destiny, but it defines our democracy today. 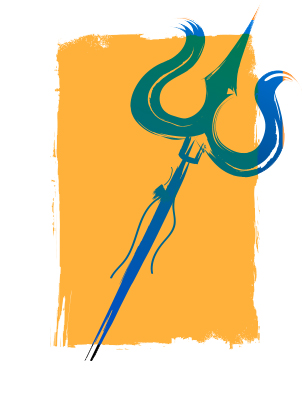 Think of Trump’s weapon of choice as a trishul. The trident’s first prong is for migrants and other brown enemies. The recent initiatives against would-be immigrants and H-1B workers is a continuation of the assault from 2016. The second prong is for the mostly white opponents who range from left-leaning activists to Never Trumpers on the right. The third prong is, of course, for Black Americans, who have been under attack for decades. Some may think of the weapon as a pitchfork, with the fourth prong reserved for voter suppression and intimidation.

That brings me to 1968, a momentous year in modern American history. The year we’re living through is for the history books as well—and while there are significant differences between 1968 and 2020, we’ll also find some parallels, the most obvious one being the election. This year’s last big event, in November, will shape our nation’s future, perhaps for a generation.

In a fascinating four-part series, CNN examined the events of 1968. What made that year so consequential was the tumult over the Vietnam War, the assassinations of Martin Luther King Jr. and Robert F. Kennedy, riots in American cities, and the presidential election. Also noteworthy, looking back, was the 1965 Immigration Act, which went into effect in 1968. It abolished quotas based on national origin and favored family unification. The 1964 Civil Rights Act, which ended segregation, was even more important. In the Trump era, one could argue, we’re seeing a fierce reaction to the sweeping changes in our society as a result of those two major acts of legislation. Some would call it fierce resistance. But the train called demography has already left the station, and given the current trends involving fertility and interracial marriage, there’s no going back.

In 1968, Richard Nixon’s coded messages (or dog whistles) were aimed at Southern whites who felt threatened by the progress made by Black Americans in the wake of the civil rights movement. While this subtle race-baiting strategy clearly influenced other GOP candidates who came after Nixon, I didn’t understand how it could have inspired Trump. He uses a bullhorn, not a dog whistle. The CNN special was an eye-opener. Watching the run-up to the 1968 election, I felt a sense of déjà vu, although not when “Law and Order” Nixon was campaigning.

Trump, it struck me, was actually following in the footsteps of George Wallace, the pro-segregation governor from Alabama who ran as a far-right third-party candidate in 1968. The raucous rallies, with armed guards inside and outside the arena, could have been from Trump’s 2016 campaign. While Trump’s stage presence can be more theatrical, the belligerent language and fear-mongering seem to be from Wallace’s playbook. Trump, who was in his early twenties in 1968, must have watched that campaign closely. In the film, Wallace’s most ardent supporters were young white men who seemed angry, fearful, and insecure.

Wallace was an entertainer who ridiculed and taunted his opponents, told lies, and whipped up the passions of his supporters. To draw just one more parallel with the Trump campaign, Wallace declared that America’s closest allies would have to pay more for their defense. For the major political parties during the Cold War, making such a demand would have been heretical. But Wallace was a bold outlier who—like Trump—cared only about his base. Although Wallace wasn’t in the race to win the presidency per se (Nixon won, after narrowly defeating Hubert Humphrey), he would have appreciated Trump’s approach and seen him as his political heir.

Every ounce of dedication will be needed from Democrats and other supporters to elect Biden. While Trump is an underdog now, only ten presidents have failed to win a second term. The last time this happened was in 1992. Should Biden need a big push from new voters to get him across the finish line, immigrant and Gen Z voters (post-1995 generation) are in a good
position to do it.

We have three parties in the 2020 race as well, even if the scary third party is elusive and uninterested in power. It has spooked Trump. He’s ready and eager to take on Biden, but he doesn’t know how to deal with Covid-19. Wishing it would go away is not a solution, and it seems to be defeating Trump, who hasn’t come to grips with how much the nation—and the world—changed in the last few months. He’s out of step, coming across as somebody who belongs to an earlier era. Indeed, watching him, I couldn’t help feeling that he would have been more at home in the 1968 race. When the history of this period is written, how much credit will Covid-19 get for the legacies of the two parties and their leaders? A lot, I suspect.

Every ounce of dedication will be needed from Democrats and other supporters to elect Biden. While Trump is an underdog now, only ten presidents have failed to win a second term. The last time this happened was in 1992. Should Biden need a big push from new voters to get him across the finish line, immigrant and Gen Z voters (post-1995 generation) are in a good position to do it. In 2020, about 24 million Gen Z voters and over 23 million naturalized citizens, adding up to 20 percent of the electorate, are eligible to vote for the first time. Historically, new voters were less likely to cast their ballots than experienced voters. But this year seems different, judging by the turmoil of the last four years, not just the last four months. We’ll find out in November.

Murali Kamma is the managing editor of Khabar. His debut book, Not Native: Short Stories of Immigrant Life in an In-Between World, won a 2020 Bronze Independent Publisher Book Award (IPPY) for multicultural fiction.