An Immigrant Community on the Rise 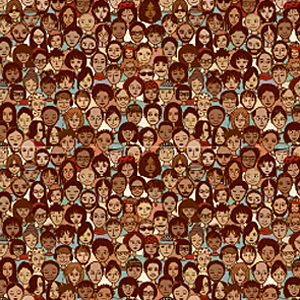 As a founding partner and editor of Khabar magazine, I have been fortunate to have the symbolic “front row seat” watching our community grow over a period of three decades. I can compare this experience to watching a couple of generations of Indian-American kids grow up to become confident, capable, and successful adults with an outsized amount of promise and potential.

As a community too, Indian-Americans have flourished! At barely over one percent of the total population, we make up for upwards of six percent of physicians, own over 40 percent of economy hotels, and own an outsized percentage (relative to our population) of retail businesses. From academia and corporate America to politics, Indian-Americans are increasingly making it to the top echelons in numbers that far outpace our relative size as a demographic group. In pop culture too—perhaps what can be considered the last frontier of assimilation—we are making our presence felt—in TV shows, movies, music, and more.

Looking at both the quantity and the quality of our success, it would be unnecessary—and ingenuine—to distance ourselves from proclaiming and celebrating our success because of a false sense of modesty or because of misplaced concerns about the “model minority” label.

To the extent our environment shapes us, impressionable minds of growing children are better served by embracing—rather than distancing ourselves from—an identity that breeds success rather than failure. It is better to grow up identifying with community influences that propel us ahead rather than drag us down. Success breeds success. We see that in the arc of Indian- American immigration—each new generation seems to outshine the one before it.

It is impossible (and counterproductive) to deny the positive impact of an abundance of highly successful role models within the community on the growing generation of Indian-American children. In recent years, thanks to the “Youth Spotlight” forum in our magazine, we have profiled many highschoolers and young collegians doing amazing things—creating patents, starting charitable initiatives and organizations, acing science fairs, contributing to political campaigns, and a lot more. An ethic of studying hard and working hard seems hardwired into the psyche of Indian-American youngsters.

But everything good, inextricably, also has a dark shadow. There is also a lot that can be potentially detrimental in aligning ourselves with the model minority identity—if we are not mindful. It can easily become a liability if it makes us judgmental and uncaring for those amongst us who are not equally fortunate. As a community, Indian-Americans can tend to look down upon menial work and straitjacket ourselves into STEM careers while simultaneously avoiding creative pursuits. The peer pressure to conform and meet parental expectations in an upwardly mobile community is crushing many of our youngsters. Many of us have come to worship money and status. A combination of peer pressure and blind ambition can easily get the better of us. Striving to be a model minority also need not come at the cost of failure to be part of the ongoing Civil Rights struggle. There is no requirement that a community has to be disadvantaged to be a powerful ally in this struggle, or that it has to disown or distance itself from success to empathize with fellow POCs.

Following are a few other divergent insights culled from my long-standing exposure to the community.

Considering the massive amount of diversity of regional ethnicities and languages within the Indian community, it has been quite invigorating to have featured in Khabar the numerous unique regional festivals celebrated in the over 100,000-strong Indian community of Atlanta. I grew up in cosmopolitan Mumbai, which was a microcosm of India. Regional communities like Gujaratis, Marwaris, Punjabis, Bengalis, Tamilians, Kannadigas, and even Gurkhas and Assamese—all hailing from far corners of India—coexisted in a common Mumbai vibe.

And yet, surprisingly, I can say I have learned more about our regional communities during my time in Atlanta. I had cursory knowledge about Durga Puja and Onam, but it is here that I have really come to know much more about them. Bathukamma, the Telugu festival, for example, is one that I learned about only after coming to America.

Indeed, this has been one interesting element about the Indian expatriate experience in the U.S. Those who are from rural India, who were never (or barely) exposed to other communities across the Indian states, suddenly get exposed so much more to the massive diversity of India when they come into a Metropolitan city like Atlanta that has a highly diverse Indian immigrant community.

It is precisely because of such vibrant diversity of regional identities that it becomes quite important for us to come together as “Indians”—for the sake of assimilation as well as representation. To the mainstream community, we are all Indians—not Biharis, Malayalees, Rajasthanis, or Maharashtrians.

My feeling as a long-time community observer is that we are increasingly wrapping ourselves up in enclaves of our regional ethnicities. To be sure, there is nothing inherently wrong with indulging in our regional culture, festivals, and languages. How can we expect a Gujarati not to gravitate towards Garba or a Punjabi towards Bhangra? Fortunately, as with identity, remaining true to our regional culture versus proclaiming our Indian identity is not a zero-sum game. The former is only a problem if it comes at the cost of the latter. It is here that I feel we can consciously do more to come together as Indians.

Whether as a voting block or as a cultural demographic group, we are better off unifying and projecting ourselves as Indians. To that extent, we must participate in and strengthen our umbrella organizations to better interact with, and represent ourselves in, the mainstream.

Sure, in terms of finances and assets as well as membership numbers, IACA is far smaller than many other desi organizations. But in influence as an umbrella organization for Indians in Atlanta, it has a proven track record. We should do more to strengthen such an umbrella organization, starting with becoming members and participating in its functioning and its activities.

Our individual success will matter less if and when we find ourselves the target of discrimination at work, a hate crime, or police brutality, to name some examples of our public lives in the U.S. Civic issues are better solved by a unified demographic group that has influence and a powerful voice at the proverbial table.

Let me end with an adage that may be a cliché, but remains as true as ever: “United we stand; divided we fall.”