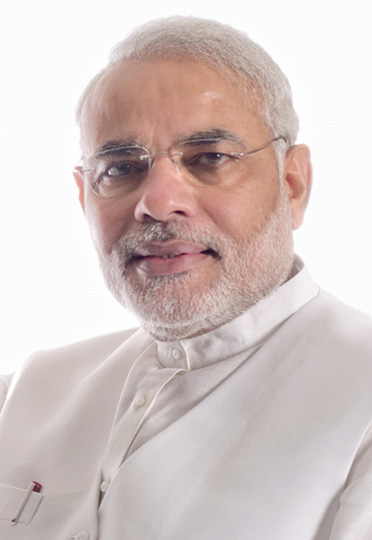 The rise of Narendra Modi—from one who was on the defensive for his role as Gujarat Chief Minister in 2002 when about 1000 people, mostly Muslim, were killed in communal riots, to his current popularity as the widely favored Prime Ministerial candidate—is as loud a statement as ever that the country is sick and tired of the Congress’s disastrously inept and corrupt rule.

Neither his supporters, nor certainly his critics, would have envisioned the fervor surrounding him, evidenced by the campaign mantra, which has now risen to a crescendo: “Ab ki bar Modi Sarkar.” (This time [it will be] a Modi government).

Such an about-turn would not have been possible if Modi was no more than his culpability surrounding the tragic events of 2002. For, whatever the degree of his responsibility for those deaths, he has risen like a phoenix in recent years, on the strengths of his other traits. To those who have cared to study him objectively, while holding at bay the judgment about the blood they may believe is on his hands, is revealed a man who is extraordinarily hardworking, disciplined, incorruptible, articulate, and charismatic. He has demonstrated a dedication to superior governance and an almost missionary zeal to champion business and the economy.

When one sees the portfolio of chief ministers in India that is overwhelmingly filled with the lazy, fat, and corrupt, it is easy to see why Modi generates such excitement amongst the Indian masses. They have also had it with the insipid leadership at the top, which has remained frustratingly silent in the midst of a deafening cacophony of corruption.

To that extent there is cause for optimism about the possibilities for India under the leadership of someone like Modi.

What is of concern, however, is the blind hero-worship of his apologists, who dismiss (if not bully down) any criticism of Modi with lazy characterizations of the critic as “pseudo-secularist,” “anti- Hindu,” “Congress sympathizer,” and even “Western intellectual.” Hidden in this defensiveness is their readiness to give Modi a free pass, blinded by their religious or ideological alignment with him.

The prudent Indian voter would therefore, even while voting him into office, keep the pressure on a leader like Modi, who, for all his strengths, is also susceptible to some dangerous weaknesses. While the country certainly doesn’t need a spineless leader, it also does not need a trigger-happy ideologue who may be prone to taking the country to war on the slightest provocation.

Those who are not smitten by Modi will see that he is a complex bag of mixed traits. The danger is that he may see his massive success as a carte blanche to indulge in the worst of his weaknesses: chauvin- ism, communalism, and authoritarianism. This is a potently disastrous set of traits, especially for one who sees himself as a principled leader the way Modi does.

For all his superior intelligence, Modi flat-out fails to see (or ignores) the gravity of the real fears of the minority. How can the country advance if the majority of a segment that is 175 million strong see him as an adversary or worse? His refusal to wear the Muslim skull cap as a gesture of goodwill, followed by his sorry excuse that he is not into appeasement politics, falls flat when he has done precisely that: appease Sikhs, tribal communities, and others by wearing their head adornments. What’s the point of pretending to reach out to Muslims through a hyped-up “Sadhbhavna Mission” (goodwill mission), and then turn around and insult them by rejecting their gesture towards goodwill?

This blind spot of Modi, along with his persistent refusal to apologize for that carnage as a presiding CM, if not as one responsible for it, paints an unmistakable picture of a religious chauvinist, rendering all the protestations of his defenders invalid.

So while he may hold on to the gestures that may allow him some satisfaction, he seems rational (and ambitious) enough to realize that going too far at the national stage with such an agenda may spell his doom. This is evident in how he has re-crafted himself as a man primarily about development, dwarfing his image as a communal bully.

The other, far stronger, reason for optimism is the culture and character of the country itself. For all its faults, India’s is an ethos steeped in pluralism. Its institutions of press, pundits, and public, along with the fickle politics of coalition government will not tolerate an authoritarian for long.

In that lies the hope that Modi as Prime Minister might bring about the the transformation that the country so badly needs.