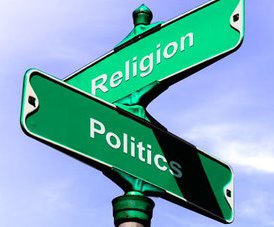 The Hindu hardliners that Modi is enabling could push the nation towards a theocracy. Pakistan, anyone?

In a 2014 editorial titled “Shapeshifter PM: Who’s the Real Modi?”, I wrote—although with an accompanying asterisk—that Modi is the best thing that has happened to India since its Independence. I had, however, cautioned, “if ever the Modi juggernaut will unravel, it will be because of his religious chauvinism.”

Now, three years into his office, alas, it is precisely that—his inability or unwillingness to curb Hindu extremism—which is overshadowing his many attempts at doing good.

No doubt, and in stark contrast to the do-nothing Manmohan Singh, Modi reinvigorated the Indian masses. His election was a shot of energy, enthusiasm, optimism, and a renewed national pride (albeit, there was also some concern, even perhaps fear, amongst the minorities and liberals).

Modi indeed followed through with many bold initiatives, a few of which follow:
• Made banking accessible to the poor masses.
• Launched the Swachh Bharat (“Clean India”) campaign—the largest such national undertaking, a cause that was sorely needed.
• Aggressively courted world leaders to invest in India.
• Stealthily unleashed demonetization in an effort to curb black money and corruption, probably his most audacious—and most criticized—undertaking.
• Introduced transparency and reduced red-tape in government services through digitization.
• Introduced the GST (Goods and Services Tax) to replace a myriad web of local sales taxes with one national sales tax levy.

The fact that most of these are still a work in progress and that reviews are mixed on their success doesn’t make his initiatives any less commendable. It speaks of a leader who is not afraid to shake things up in the quest for progress. There are no political calculations here. Rather, there seems to be a genuine intent of revolutionizing India for the better.

Even more encouraging is Modi’s impeccable aura of incorruptibility. Again, in contrast to the prior government that was riddled with massive scams (“2G,” “4G,” “Coalgate,” etc.), Modi’s reign so far has remained spotless.

It is precisely because the promise of Modi is so pregnant with great possibilities for the country, it is that much more disappointing that he is flirting with the one thing that can ruin his comprehensive agenda and legacy—the Hindu Right that is hell bent on tampering with India’s ace characteristic—secularism!

The following in a recent New York Times article barely scratches the surface of the alarming spike in incidents that demonstrate the Hindutva brigade’s brazen attempts at moving India towards a Hindu theocracy, and away from its secular make-up—even though such a shift is against the ethos of true Hinduism.

“The foot soldiers of Mr. Modi’s party and its affiliates have run aggressive campaigns demanding that, apart from giving up beef, India’s Muslims must not date or marry Hindu girls or women. They should reconvert to Hinduism, the B.J.P. and like-minded others say, because their ancestors were Hindus who were forcibly converted by medieval Muslim rulers. They must sing “Vande Mataram,” the national song, these proponents say, to prove their loyalty to India, and their children must perform yoga in schools to show respect for India’s culture.”

Fault lines between Hindus and Muslims are nothing new in India; what is different now is that the ruling party is aiding and abetting communalism, and in the process emboldening Hindu extremists to continue to push the envelope. While communal riots have reduced in recent years, an alarming number of public lynchings of minorities—over 20 in the first half of 2017—has cast a shadow on Modi and the BJP.

There is orchestrated trolling and bullying against free speech. Any criticism of the communalization of the nation is seen as “anti-national,” by the right-wing vigilantes. Even officially, there is an opportunistic rush to revisionism in textbooks in favor of a Hindu narrative.

But what about the many times Modi has spoken in favor of unity and chastised Hindu extremists? Indeed, unity was a dominant theme in his recent Independence Day address to the nation. “Unity in diversity is our greatest strength. Our cultural tradition of respect for others and assimilation is the reason why our civilisation has persisted,” he proclaimed. And “A nation which is divided because of reasons like caste and religion cannot achieve great things.” With characteristic élan, he persisted, “Ek Bharat, Shreshtha Bharat.” (“One India is a strong India”).

Modi really sounds like a paragon of secularism, doesn’t he? Unfortunately, these pithy sound bites are proving to be nothing more than red herrings of a shrewd politician. Not surprisingly, a frequent criticism of Modi in national and international press—the kind that bhakts like to undermine as “sickular”—is that Modi’s actions lag far behind his words when it comes to keeping in check the Hindu extremists that are traditional allies of his party—the RSS, VHP, and other organizations that form the “Sangh Parivar.”

If there was any doubt that Modi was a communally compromised PM, it evaporated when he appointed Yogi Adityanath, a religious zealot, as Chief Minister of Uttar Pradesh. None other than Subramanian Swamy, a staunch advocate of Hindu nationalism, acknowledged in an April 2017 interview with HuffPost India, while speaking about Modi, “If you peel off his exterior, it is all Hindutva.”

Of course a nation of over a billion people isn’t swayed simply by its leader, no matter how charismatic he is. In my several interactions over the years with friends, relatives, and experts in India, I have come to realize that even among the educated, well-meaning, upwardly mobile, middle-class Hindus, there are those who harbor a deep seated antagonism against Muslims (and the other way round). Perhaps the insidious effect of the “Divide and Rule” trickery of the British is still persisting, made worse by the savage Partition of India that claimed over a million lives. Nevertheless, a vicious cycle of distrust has entrenched itself in many pockets of the society: thanks to the dark saga of the Partition, many Hindus see many Muslims as reluctant Indians if not antinational. The resulting feeling of alienation drives some Muslims to lash out, or hunker down in enclaves that supposedly celebrate a Pakistani win in cricket, for example—evidently proving the skeptical Hindus right.

Indian-Americans (who are often mistaken as Muslims even when they’re not) should understand, in the Age of Trump, what it’s like to be a racial and religious minority at a time when elements of the majority are flexing their muscle. One would think that therefore they would be more empathetic to the plight of Muslims in India; but surprisingly, there appears to be no lack of support here for the various Sangh Parivar outfits, their ideologies, and their charity organizations.

It is the majority community that has both the larger responsibility and the larger impact in setting the communal mood of a nation. Instead of creating an environment of fear through the bully-pulpit of the majority, Hindus in India would do better to cultivate an environment where minorities feel a sense of belonging and safety. This doesn’t mean appeasement or tolerance of antinational elements, let alone of terrorists of any stripes. Rogue elements can be dealt with strongly and unequivocally, but that must be accomplished through law enforcement, not through communalization and alienation of entire communities.

Hindus, being the formidable majority in India, can establish such a constructive communal environment only if they are first willing to introspect rather than alienate, malign, and bully the minorities. But as soon as a progressive Hindu so much as points a finger at the ills of an aggressive Hindutva agenda, he is instantly put at odds with many of his fellow Hindus, even those who don’t see themselves as overly religious, let alone as right-wingers.

“But what about Kashmir?” “What about Bangladesh?” “What about Pakistan?”—the bombs are lobbed at the critics of Modi’s brand of Sangh-infused politics—referring to the poor treatment of Hindus in these places. They tend to hold the Muslims in India responsible for these flash points, not realizing that Pakistan and Bangladesh are foreign countries for which any Indian, Muslim or not, is not answerable; and that Kashmir is a geopolitical quagmire with many complex entities and issues. But that doesn’t stop them from justifying the second-class treatment and bullying of minorities, because, well, “they are doing it to us” in these other places.

It’s ironic, again, how, so often, even well-placed and well-educated Hindus condemn the theocratic bent of Pakistan and its heavy-handed treatment of its minorities, and project an air of national superiority compared to the backwardness of their neighbor…and then in the same breath justify doing to Indian minorities precisely what these “backward” countries are doing to their minorities! They despise Pakistan with a passion, but are only too keen to take India the way of Pakistan—towards a theocracy where governance is influenced by religion, instead of cherishing and protecting that which makes India great—its secularism.

After all, secularism is perfectly in tune with a fundamental ethos of India—that of advaita (nonduality)—the ONENESS of everything despite the appearance of multiplicity. Theocracy, on the other hand, may be suited for Abrahamic religions, but is the very antithesis of Sanatan Dharma, considering the vast diversity inherent in it.

If we lose secularism, we lose the soul of India.