Guest Editorial: This November, Vote to Uphold our Democracy 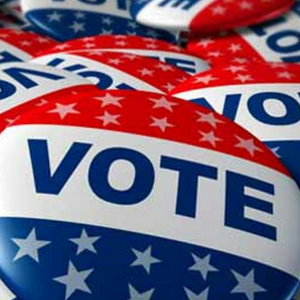 The upcoming election is not simply about choosing a political ideology that you believe in. We have entered a new, even more frightening, era of extremism. This may be our last chance to reverse course.

I was a three-month-old fetus stretching out my newly-formed limbs in my mother’s womb when Roe vs Wade, the landmark case legalizing abortion, became the law of the land in 1973. It was a right I never once took for granted. And I assumed it would be in place for my own three daughters, all of whom are now of reproductive age.

I also assumed my children would have the benefit of an assault weapons ban, a fully functioning Voting Rights Act, policies that would slow the climate crisis and limit healthcare costs, and a fully funded fact-based public school education. As it turns out, I was wrong. Republicans have wed themselves to extremism and have succeeded in dismantling many of our basic rights.

Abortion is legal in India, but not so in Georgia

Soon after the Supreme Court issued its decision reversing Roe v. Wade, Georgia’s abortion ban, HB 481, took effect. It bans abortion at approximately six weeks, long before many women even know they’re pregnant. Let this sink in—abortion is legal in India, but not so in Georgia. Half the population of this state no longer has the power to make decisions about their own bodies. And our physicians must now fear arrest for simply providing the healthcare their patients need. What’s more, there are few exceptions to the law. If one is raped but too traumatized to file a police report (as is common), Georgia law forces them to remain pregnant and give birth.

Every Republican candidate in Georgia cares more about pregnancies than human beings. The abortion ban marks a banner era for legislative cruelty of Georgia Republicans.

In April, while our school children were practicing lockdown drills, Governor Kemp signed SB 319 into law. Most Georgians can now carry guns, openly or concealed, without a license. The state requires licenses for all Georgians who wish to operate motor vehicles, but not all Georgians need licenses to carry guns. SB 319 is an unconscionable and dangerous law. It rolls out the red carpet for mass shootings in our schools, places of worship, festivals—any place people gather. We don’t need Republicans’ thoughts and prayers. We need common sense gun laws.

Georgia refused millions of dollars of federal aid for healthcare

With Republicans in charge, healthcare has been a disaster. Georgia remains one of only a handful of states in the U.S. to refuse millions of dollars of federal aid to expand Medicaid. Which means the money intended for our state is being diverted to other states. The result has been catastrophic. Georgia has the second highest number of uninsured people in the U.S. During Kemp’s tenure, six Georgia hospitals have closed. And Georgia continues to have one of the highest maternal mortality rates in the U.S.

Politicized and racialized our public education

And that’s not all. Earlier this year, Governor Kemp signed HB 1084 into law which limits how and what teachers can teach about racism. The law, as it is written, “prevents divisive concepts and ideologies from invading the classroom.” The language is vague and the law inhibits our public school teachers from doing their jobs. Imagine a Georgia teacher teaching students about slavery, the Holocaust, or the colonization of India—without being allowed to mention who was responsible for these atrocities.

Even though Georgia Republicans determined that there was no fraud in the 2020 presidential election, they passed a law last year, SB 202, that gives credibility to disproven election myths. SB 202 limits the availability of ballot drop boxes inside of voting precincts during early voting and election day. Voters also have far less time to request and return their absentee ballots, and absentee voters will have to abide by more cumbersome (but not more secure) voter ID rules. Volunteers can no longer provide food or water to voters standing in long lines to vote. And our State Board of Elections, which is appointed by our Republican-majority legislature, has the power to usurp a county board’s election administration when it deems fit.

At stake is nothing less than saving our democracy

Let’s be real. Our traditional two-party system no longer exists. One party supports democracy. The other party is hellbent on obstructing it. One party believes in science and facts, and the other party’s foundation is built on deceit and disinformation. One party strives to be inclusive and the other allows racial, ethnic, and religious-based bigotry to flourish. Today’s Republican Party has unleashed blatant and open hatred against all minority groups in the U.S. It has embraced lawlessness and authoritarianism. It has confused patriotism with white Christian nationalism.

Are these the kind of politicians that you want in charge?

The GOP has become a party in which extremism has become mainstream. Case in point is Georgia Congresswoman Marjorie Taylor Greene, whose abhorrent rightwing views no longer sit at the fringe. They inspire the Republican Party.

Governor Kemp has turned Georgia into a gun-toting Western movie where women are second-class citizens, voting access is restricted, and public school education is underfunded. The other Republican candidates at the top of the ballot this November are equally awful. Here are just a few:

Biden’s approval rating is steadily climbing and it’s easy to see why. Despite Republicans’ dogged obstructionism, Democrats have had major victories over the past two years. Most recently, President Biden signed the Inflation Reduction Act into law. It will lower prescription, healthcare, and energy costs. It’s also the most significant climate plan in the U.S. history.

Biden also signed the Promise to Address Comprehensive Toxics (PACT) Act into law to care for military members exposed to toxins. Through the CHIPS and Science Act, he’ll be bringing manufacturing jobs from China back to the U.S.

Even adjusting for inflation, as reported in The Washington Post, the economy is flourishing according to the most recent report from the U.S. Bureau of Economic Analysis. In fact, the state of today’s economy rivals the U.S. economic growth during Clinton’s presidency.

This isn’t surprising. According to David Leonhardt, a senior writer at The New York Times, over the past hundred years, whether measuring gross domestic product, employment, income, productivity, or stock prices—historically, the U.S. economy has soared during Democratic presidencies and tanked during Republican presidencies.

In Georgia, Stacey Abrams’ comprehensive economic plan, among other things, will invest in small businesses, raise teachers’ salaries, expand the HOPE scholarship, create 40,000 green energy jobs, and provide income tax rebates for most Georgians. She’ll do this with the state’s surplus and by legalizing casino gambling and sports betting—not by raising taxes.

This year’s midterm election is vital

I have lived in this beautiful state for sixteen years now, longer than in any other. I’ve watched my children grow from infants and preschoolers to teenagers and young adults. Several years ago, my cousins joined us here, and more recently, my parents did too. But I want my loved ones to live in a state that values their vote, allows them to make decisions about their own bodies, and accepts them for who they are. I want them to live in a state that bases its laws and policies on facts and evidence, not junk science and right-wing propaganda. I want them to live in a place without the constant fear that they could be shot in a public place. I want them to be represented by elected officials who don’t incite violence when an election doesn’t go their way.

This is not too much to ask.

The choice for what kind of state Georgia can be is ours. So please, vote for logic and reason. Vote for compassion. Vote for a state that champions diversity, and welcomes and protects all minorities. Electing Democrats at every level will go a long way towards making Georgia safer, healthier, and a state where all Georgians can prosper.

Let’s make Georgia a state we can all be proud of—a state we all deserve.

Anjali Enjeti is the author of The Parted Earth and Southbound: Essays on Identity, Inheritance, and Social Change. A co-founder of They See Blue Georgia, she bleeds blue.