Indian cricket is failing to capitalize on its potential 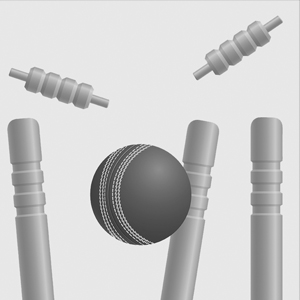 The Board of Control for Cricket in India (BCCI) outspends—by a wide margin—all other national boards of cricket combined! Compared to BCCI’s net worth of over $2 billion, the South African cricket board, the next richest one, is worth only $79 million. The country has a talent pool of millions of youngsters who are passionate, if not downright fanatical, about cricket. It is a talent pool that is at least 10 to 50 times that of other cricket-playing nations.

AND it is a country where cricket is a religion. Its top players are demigods worshipped by millions of “devotees.” The nation comes to a standstill during big international matches. The passion for and the investment in cricket in India is gigantic by any measure.

With so much going for cricket in India, there is no reason why it should not consistently and convincingly be the reigning global champion. Sadly, it is not. India is currently third in the International Cricket Council (ICC) rankings. Despite the Indian Premier League (IPL), the largest cricketing tournament in the world, India has not won a T20 World Cup since 2007.

We have many individual superstars of the game; yet, collectively we often fall short of where we ought to be, considering our huge advantage over the competitors in terms of the size of both the investment into the game as well as the payoff from it. Virat Kohli alone conceivably earns far more from his cricketing income as well as his commercial endorsements than the combined earnings of all other national teams.

Barring the current year, it is Australia that has been the dominant global champion of the game. That is humbling and disappointing for Indian fans, considering Australia has managed this feat despite a meager net worth of $24 million of its cricketing board; not to mention the considerably smaller talent pool that it has to dip into. Going by such markers of money and manpower, Sri Lanka is positively a minion compared to the might of India on paper. Yet this tiny island nation has managed to pose a challenge to India more often than it ought to be able to. And when it comes to our archrival Pakistan, India’s glaring gap between potential and actual performance is even more biting. While, statistically, we do edge them out, our “little brother” in cricket has managed to compete with us with periodic upsets.

My lament for India’s performance shortfall does not come from being a sentimental, starry-eyed, fair-weather fan who can’t stomach a loss. Rather, it comes from the hard-core facts that expose the team’s vulnerabilities despite a boatload of advantages. Technically, the collusion of factors is staggeringly in favor of India being consistently the top-ranked, dominating team of the world, but it isn’t.

Given the advantages, how and why is it that we have failed to recruit and cultivate not just a few but a dozen of the world’s best in each department of the game: batting, fast bowling, spin bowling, and fielding. While we have done reasonably well in the batting lineup, our bowling has been, broadly speaking, painfully lackluster. For decades, Indian fans have bemoaned not having any world-class fast bowler. That is both perplexing and pitiful. In a nation where millions of young boys conceivably grow up fantasizing about knocking off the stumps and send them flying, how is it that we have not produced a single Shaheen Shah Afridi of our own? Certainly, we have the talent pool and the resources to come up with not one but a dozen such lethal bowlers who could strike fear in the hearts of the most seasoned batsmen. And yet, I see no spirited national campaign from BCCI to search for and train world-class fast bowlers. Just passively relying on IPL for such pace bowlers to emerge amounts to abdication of responsibility.

Why are we failing to capitalize on our immense potential? Poor team selection certainly seems to be one big reason. Admittedly, team selection is inherently tricky. The playing form of even the best of cricketers is bound to fluctuate. There are too many moving parts: variations in pitches, injuries, combinations of right arm and left arm batsmen and bowlers, playing to the unique strengths and weaknesses of the opposition, and on and on. I can’t imagine a job more prone to criticism than that of the selectors of the cricket team in a nation where the game ignites inflamed passions amongst the masses. Even if they manage to come up with the fabled “best” team conceivable, armchair critics in our age of social media are guaranteed to pounce on their choices.

That said, credible criticism from knowledgeable commentators as well as astute fans gives reason for concern: are selectors being influenced by nepotism, and corruption, or by incompetence and poor judgment? Wouldn’t Ishan Kishan or Rishabh Pant (who was brought in only towards the end of the world cup) have been better choices than Dinesh Karthik? What was the rationale for choosing Axar Patel over Yuzvendra Chahal whose spin has more spunk? Selectors may have weighed in on Axar adding to the batting depth as well, but that hasn’t been the case of late. Not having a solid spinner like Chahal on the team leaves a gaping hole in it.

Despite my love for the game and hands-on experience on the field throughout my childhood and youth, it may be a bit presumptuous for me to offer solutions to the mighty cricketing establishment of India. But I am in good company in proposing the following strategy (which England has already tried and succeeded with). It has to do with acknowledging the variations in the various formats of the game and cultivating different teams for each format. Capitalizing on the massive talent pool that India has, it may be worth segregating all three segments of the game; or at least separating white ball cricket from red ball.

Sure, India, just like all other teams, does tweak the selections a little bit based on the format of the game. But that is not enough. There is every reason to treat limited overs matches entirely differently than test cricket, considering the widely divergent techniques and temperament demanded by each format. Segregating the formats and cultivating an entirely distinct infrastructure for each of them would ensure that India puts out the very best teams required for each format. From scouting for talent to coaching to team selection, having two (or maybe even three) entirely different machinery under the BCCI wing could do wonders for India’s standing in international cricket. There could always be the rare few players who may be the best options across all formats, but for the most part, the bulk of the team would be different for each format.

BCCI has failed Indian fans. Here’s hoping for that to change. Meanwhile, at least we have the sheer joy of watching King Kohli’s uncommon grit and sublime strokeplay, not to mention the stupendously talented 360° batting of Suryakumar Yadav, currently batting in GOD-mode!