Home > Magazine > Editorial > It’s not just that 'The Kashmir Files' is propaganda, but that it’s dangerous

It’s not just that 'The Kashmir Files' is propaganda, but that it’s dangerous 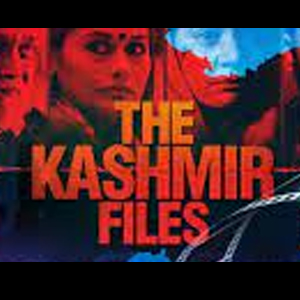 The Schindler’s List and It’s a Beautiful Life are two films that come to my mind for having highlighted the unspeakable horrors of the holocaust in a compelling way. These are not movies that have tiptoed around the utter reprehensibility of the Nazis for their soulless and sustained crusade of hunting down, capturing, and transporting millions of Jews like cattle and then murdering them wholesale in gas chambers.

These movies tug at our conscience so that perhaps we may be more guarded against the limitless capacity of humans to plunge into sheer inhumanity. And yet they manage to do this without succumbing to crude, sadistic, and graphic use of violence.

Unfortunately, that is not the case with The Kashmir Files (TKF). With scenes like a woman being cut in half by a mechanical saw, the depiction of violence is gratuitous. Sure, one can use the fact that such incidents of unspeakable atrocities actually occurred as license to portray them in all their horror, but that would be a glaring revelation of questionable motives.

TKF speaks to the worst in us. It’s almost as if it takes perverse pleasure in villainizing Muslims and stoking the fire of communal hatred. It is a brilliant example of how facts can be used in service of fabrication. The film misleads and misrepresents by cherry-picking facts as well as by omission of other pertaining facts which serve to skew the picture.

The lie that TKF tries so hard to tell is that the sad saga of the brutal expulsion of Kashmiri Pandits from their ancestral homes was singularly a Hindu-Muslim conflict, that just about all Muslims in that saga were murderous villains, and that Hindus were the sole victims of that chapter in Kashmir’s history.

The reality, meanwhile, is that Kashmir, for decades, has been an extremely complex and conflicted region, torn apart by at least three distinct and competing factions—pro-India, pro-Pakistan, and the one that was fighting for an independent Kashmir. No matter whose numbers you go with, it is undeniable that more Muslims—by far—died in this territorial warfare than Kashmiri Pandits. Of course, this doesn’t make the horrors of the rapes, the murders, and the pillage that Pandits endured any less painful.

The filmmakers’ excuse for the one-sided portrayal is that their focus was only the plight of the Pandits. Fair enough; their story needed to be told. But when you fail to contextualize the broader picture in telling the stories of Pandits, your work turns into propaganda.

Misrepresentation of facts is bad enough, but the movie doesn’t stop there. It also succumbs to outright lies in its zeal to paint a communal narrative. The filmmakers have claimed that the death toll of Pandits was in the thousands. But according to the Kashmiri Pandit Sangharsh Samiti (KPSS), an organization based in the Valley, the death toll was 399. As per a report in Scroll.in, Panun Kashmir, a right-wing Jammu-based organization that demands a separate Pandit homeland, provided a list of 1,341 killed.

Exaggeration of the death toll is just one of the film’s many lies. Cloaked in the garb of championing the cause of Kashmiri Pandits, the film seems to be far more interested in stoking an insidious communal divide. Not surprisingly, many credible voices from the Kashmiri Pandit community itself have distanced themselves from the film. Many of them also feel they have been used by the current ruling party in its political machinations while the real job of rehabilitation of Pandits is being ignored.

Sanjay Kak, a documentary filmmaker and a Kashmiri Pandit himself, writes in an opinion piece in Al Jazeera, that a large number of critics find, “The Kashmir Files filled with factual inaccuracies, propagandist, and frightening in its relentless targeting of every Muslim represented on screen....”

The massive success of TKF shows that propaganda works. But inciting the sentiments of the masses can be dangerous for the nation. More so when a film like this seems to be in the service of an extremist right-wing ruling party that is bent on converting India into a Hindu Rashtra. Is it a coincidence then that at the time of this writing, communal violence has shaken the capital of the country?